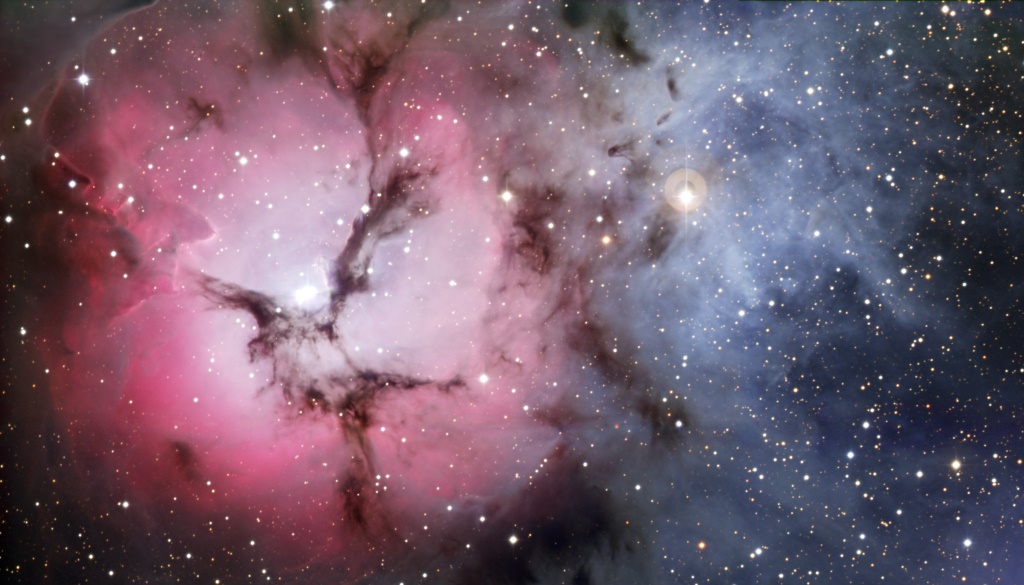 The summer solstice (from the Latin words Sol for “Sun” and sistere for “To Stand Still”) is the day where the Sun appears to reach its highest point in the sky during the year – it marks the start of summer in the Northern Hemisphere. In the Southern Hemisphere, this is the shortest day of the year.

Ancient astronomers came knew this as “the day the Sun stands still.”

The east-southeastern predawn sky is a busy place this week – with Mercury, Venus, Mars, Jupiter, Saturn, Neptune and a couple asteroids. The Moon joins the planets from the 21st-27thd.

The Moon appears near Venus in the east-northeastern predawn sky on June 26th.

The Moon appears near Mercury in the east-northeastern predawn sky on June 27th.

The Sun has six named sunspots – same as last week; a couple of those active regions are rotating out of view.

A couple coronal holes pepper the Sun’s face. Active regions are showing coronal loop activity, and look like they are boiling!

I said WOW last week, and I’m saying it again! The active region in the middle of the Sun’s face is crackling with flares continuously, and there’s LOTs of prominence activity!

Click the image to see a 3 hour animated time-lapse!

Position of the planets & several spacecraft in the inner solar system on June 21st:

Oh, this would be SO COOL!

DART on target for impact on Sept. 26th

Messier 20 (M20), also known as the Trifid Nebula, is a famous star-forming region located in the constellation Sagittarius. The nebula’s designation in the New General Catalogue is NGC 6514. The name Trifid refers to its three-lobed appearance. Messier 20 consists of several different objects: an emission nebula, a reflection nebula, a dark nebula and an open star cluster.

The dark nebula, catalogued as Barnard 85, consists of dust clouds that absorb and block light from the bright objects behind them. It is responsible for the apparent gaps in the larger emission nebula that give M20 its trifurcated look. The other two types of nebulae – emission and reflection – make M20 glow in different colours in images. – messier-objects.com

Emission nebulae are energized by the ultraviolet light of nearby stars and usually appear red in photographs. These nebulae are clouds of extremely hot hydrogen gas and usually regions where new stars are being formed. The light of the stars illuminates the surrounding clouds, ionizing photons in large portions of the clouds.

This video sequence compares a new view of the Trifid Nebula in infrared light, from the VVV VISTA survey with a more familiar visible-light view from a small telescope. The glowing clouds of gas and dust are much less prominent in the infrared view, but many more stars behind the nebula become apparent, including two newly discovered Cepheid variable stars.

Location of M20 in the Milky Way

My earliest memories of the Trifid Nebula

I can’t remember when I first learned of the Trifid Nebula’s existence – probably one of the many Patrick Moore astronomy books I owned as a kid. I DO remember the awful monster movie “The Day of the Triffids” and being confused at the close spelling, and all the really bad science! But HEY! I was a kid, and this was one of the many monster movies that aired frequently.