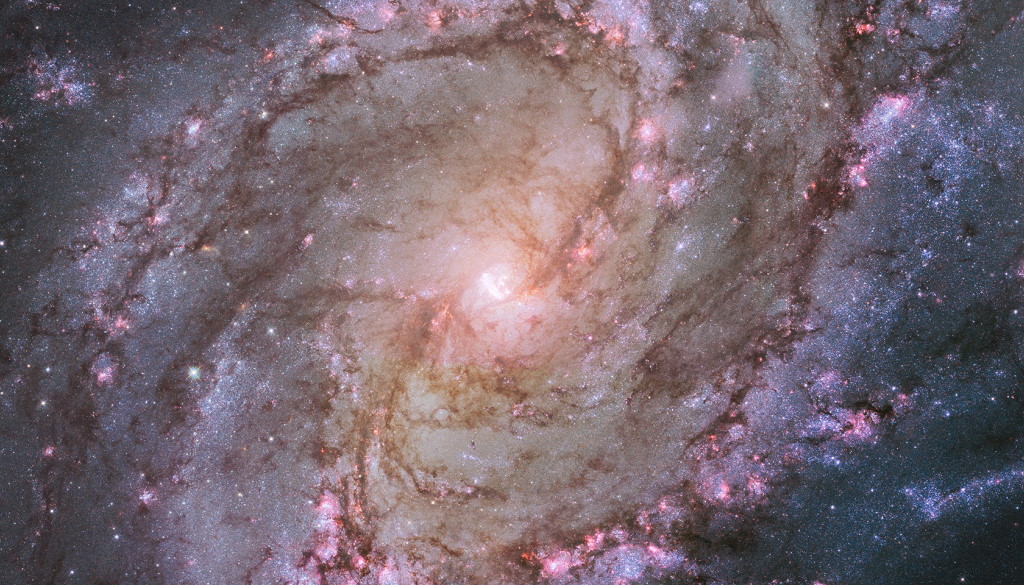 The Hubble Space Telescope is Still Down!

The Hubble Space Telescope remains in safe mode after its payload computer halted on June 13th. NASA engineers are continuing to diagnose the problem, which is looking like a memory read/write error. Anyone who has had a stick of RAM go bad in their PC know exactly what is happening. Over the next week, more tests will be performed to rule-out issues with specific pieces of hardware, and NASA may have to switch to backup systems.

I’m seeing a lot of “Repair the Hubble” posts – this IS possible, the Shuttle is not the only spacecraft that can service the Hubble. Astronaut Andrew Feustel told me that during the last Hubble servicing mission, he installed a bar on the bottom of the telescope – this bar can be latched onto by a robotic mission to either de-orbit, or boost the Hubble. I’ve not seen any plans by NASA, yet, to repair the Hubble, but it might be interesting to see if some private space industry could do it.

But if the Hubble was repaired, the mission would need to be extended, engineers would be needed to support it, and it would need continued funding… funding that could go to newer space telescopes and exploration missions. Think about it this way: how much sense would it make to fly from New York to Sydney to install brand new, top-of-the-line memory into your Mom’s old Windows 95 PC?

Jupiter and Saturn continue to appear in the southern morning sky all week; the Waning Gibbous Moon appears near Jupiter on June 30th.

Mercury returns to the in the eastern predawn sky at the end of June; it appears highest above the horizon on July 8th, and will vanish into the glare of the Sun around July 20th.

Venus and Mars appear in the western sky at dusk; the two planets continue to appear closer with each passing day, moving towards an exciting close conjunction on July 12th.

There will be a conjunction of Venus and the Beehive star cluster in the west-northwestern sky after sunset on July 2nd.

The Sun has 3, count them 3 spots! Hah ha ha ha! *AHEM* Excuse me… my granddaughter has been watching Sesame Street when she’s been over here visiting.

The two nearby spots are blowing off C-class solar flares; SpaceWeather.com says: “NOAA analysts have modeled a CME that left the sun on June 27th. Their conclusion: “[It will] likely miss Earth. However, due to a moderate level of uncertainty, there is a possibility of weak influences from the flanking edge of the CME on July 1st.”

A LOT of coronal loop activity associated with the dual sunspot group – what’s interesting is the all the loop activity in the otherwise sunspot-free region above the active sunspot pair. The northern coronal hole remains open and huge, the southern hole remains diminished.

Position of the planets & several spacecraft in the inner solar system on June 29th – the orbit of comet 67P is highlighted:

Position of the planets in the middle solar system – the orbit of asteroid 4 Vesta is highlighted:

Position of the planets in the outer solar system – the orbit of comet C/2014 UN271 is shown in red:

This comet has caused something of a stir in the astronomical community – it’s an Oort-cloud object, and it’s BIG: 100-200 km in size! Its closest approach to the Sun will be between the orbits of Saturn and Uranus in 2031; it will take ~4.5 million years to reach it aphelion.

I used SpaceEngine to visualize the comet’s orbit; I wanted to see the other end of its orbit, so I zoomed-out… and kept zooming, and kept zooming until nearby stars started to visibly move! One of those stars was Alpha Centauri – so I clicked on it, and looked back at the Sun. The orbit of comet C/2014 UN271 was HUGE in Alpha Centauri’s sky!

Note to self: This made me say “WOW!” without thinking about it.

Adrian Bradley is a buddy, and president of the Great Lakes Association of Astronomy Clubs.

Celebrate NASA-style with some sunny (aka Heliophysics) activities:

Hubble Space Telescope – Helping see the Beauty of the Cosmos

Located in the constellation Hydra, this colorful, swirling spiral galaxy is known as M83. A “starburst” galaxy, M83 is considerably smaller than our own galaxy but is producing stars at a much faster rate. The pink clouds of hydrogen gas that dot the galaxy’s spiral arms are the nurseries where new stars are being born. The blue, grainy clumps mixed in with these star-forming regions are clusters of hot, young stars that have blown away the surrounding gas with their fierce ultraviolet radiation. Some of these young stars are only about a million years old. The yellow glow closer to the center of the galaxy comes from more mature stars that have lived for 100 million years or more.

Astronomers are using Hubble’s detailed examinations of M83 to investigate how stars form in clusters, how those clusters disperse over time, and how the stars eventually die, redistributing their contents into space for future generations of stars to build upon.

For example, astronomers — including Rupali Chandar of the University of Toledo, Brad Whitmore from the Space Telescope Science Institute, and their collaborators — have been scrutinizing Hubble’s high-resolution images in order to estimate the ages of star clusters in M83. This information reveals how many star clusters survive to old age and how many disband while their stars are still young. These studies suggest that star clusters form the same way throughout the galaxy. However, several research teams have found that more clusters are destroyed in the inner regions of M83 than the outer regions, indicating that environment may influence how long a cluster sticks together.

Volunteers inspected Hubble images of M83 to classify the cluster’s ages based on physical characteristics, providing more accurate age estimates than those generated by an automatic computer algorithm.

A citizen-science project entitled Star Date: M83 also enlisted the aid of the general public in analyzing the ages of the galaxy’s star clusters. Volunteers inspected Hubble images of M83 to classify the cluster’s ages based on physical characteristics, providing more accurate age estimates than those generated by an automatic computer algorithm.

As a consequence of producing lots of new stars, M83 is also rife with stellar death. In the past century, observers have witnessed six stellar explosions, called supernovae, in M83 — more than in almost any other known galaxy. Hubble has helped identify the remnants of these supernovae and hundreds of others in M83, including one from what appears to be a recent supernova not observed by anyone on Earth. Analyzing Hubble’s observations, a team led by William Blair of the Johns Hopkins University has found evidence that environment also affects how these catastrophic stellar deaths disperse the raw materials for new star formation into the galaxy. – NASA