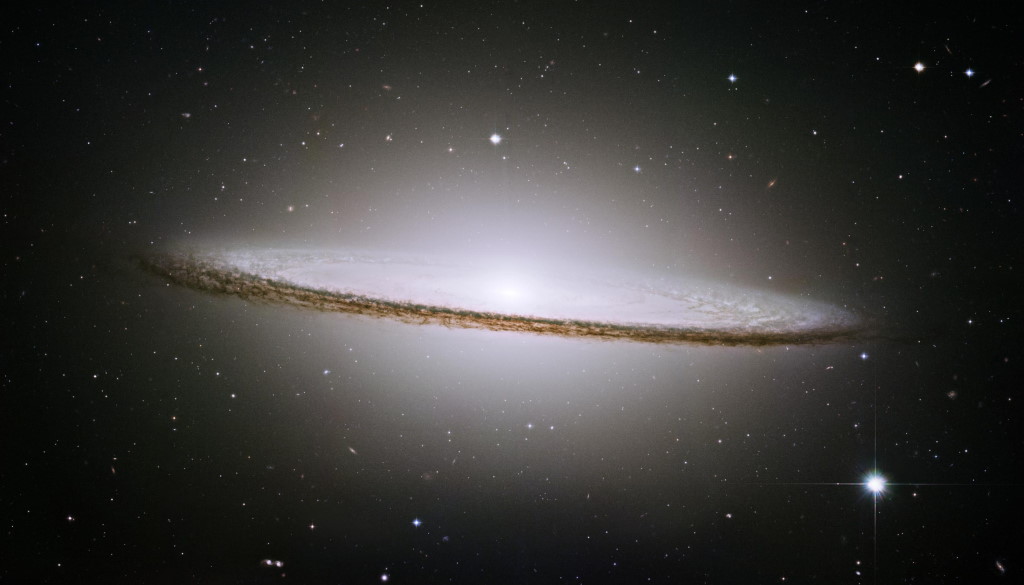 And here’s the first image so far – beautiful!

Mars and Venus appear above the western horizon after sunset, The Moon appears in conjunction with Venus on June 11th, and Mars on June 13th.

The Moon is a Waning Crescent – visible low to the east before sunrise.

After June 10th, the Moon will be a Waxing Crescent – visible to the southwest in the early evening.

The Sun has numerous spots – none pose a threat for strong solar flares.

Lots of small prominences on the Sun’s limb; all the sunspot locations appear as bright orange in the video below:

Position of the planets & several spacecraft in the inner solar system on June 8th – The Parker Solar Probe has crossed the orbit of Venus. OSIRIS-REx has moved away from asteroid Bennu enough so that the labels are not on top of each other.

VERITAS and DAVINCI Missions to Venus

NASA is going back to Venus with two missions.

New solar arrays delivered by the SpaceX Dragon cargo spacecraft to be installed during spacewalk.

I’ve never heard of Hubble photographing the Moon – I heard, somewhere, that it was too bright, and would burn out Hubble’s optics… apparently NOT!

Meteor Crater AZ – the museum at the visitor center is amazing!

Size and Distance – always an important topic in astronomy to discuss!

NASA’s Hubble Space Telescope has trained its razor-sharp eye on one of the universe’s most stately and photogenic galaxies, the Sombrero galaxy, Messier 104 (M104).

“The galaxy’s hallmark is a brilliant white, bulbous core encircled by the thick dust lanes comprising the spiral structure of the galaxy. As seen from Earth, the galaxy is tilted nearly edge-on. We view it from just six degrees north of its equatorial plane. This brilliant galaxy was named the Sombrero because of its resemblance to the broad rim and high-topped Mexican hat.

At a relatively bright magnitude of +8, M104 is just beyond the limit of naked-eye visibility and is easily seen through small telescopes. The Sombrero lies at the southern edge of the rich Virgo cluster of galaxies and is one of the most massive objects in that group, equivalent to 800 billion suns. The galaxy is 50,000 light-years across and is located 28 million light-years from Earth.

Hubble easily resolves M104’s rich system of globular clusters, estimated to be nearly 2,000 in number – 10 times as many as orbit our Milky Way galaxy. The ages of the clusters are similar to the clusters in the Milky Way, ranging from 10-13 billion years old. Embedded in the bright core of M104 is a smaller disk, which is tilted relative to the large disk. X-ray emission suggests that there is material falling into the compact core, where a 1-billion-solar-mass black hole resides.”

In the 19th century, some astronomers speculated that M104 was simply an edge-on disk of luminous gas surrounding a young star, which is prototypical of the genesis of our solar system.

“But in 1912, astronomer V. M. Slipher discovered that the hat-like object appeared to be rushing away from us at 700 miles per second. This enormous velocity offered some of the earliest clues that the Sombrero was really another galaxy, and that the universe was expanding in all directions.

The Hubble Heritage Team took these observations in May-June 2003 with the space telescope’s Advanced Camera for Surveys. Images were taken in three filters (red, green, and blue) to yield a natural-color image. The team took six pictures of the galaxy and then stitched them together to create the final composite image. One of the largest Hubble mosaics ever assembled, this magnificent galaxy has an apparent diameter that is nearly one-fifth the diameter of the full moon.” – Hubblesite

Here is a zoomable image of the Sombrero Galaxy: [Link]