Mars continues its retrograde motion towards Saturn, as Jupiter moves slowly towards the west in the southern predawn sky.

A thin waxing crescent Moon joins Mercury and Venus in the western sky at dusk on March 20th; Mercury is getting dimmer each passing evening. 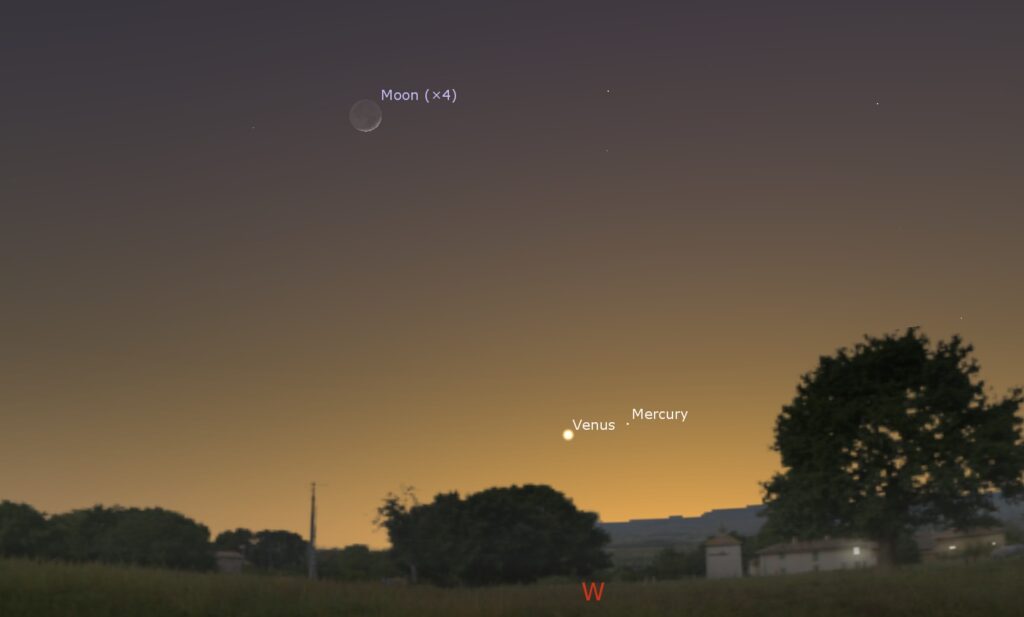 The bright stars Deneb and Altair are in the east as Mars and Saturn rise early in the morning sky.

The Moon is a waxing crescent visible in the west near sunset. The Moon will be at first quarter on March 25th, and afterwards it will be a waxing gibbous – this whole week will be great for observing the Moon with a telescope!

The Sun had a small spot last week, but has been spot-free for a day now. There is coronal hole at the Sun’s south pole with a tendril stretching north past the equator.

The solar wind speed is 449 km/sec, with a density of 5.0 protons/cm3. SpaceWeather.com says “NOAA forecasters say there is a 55% chance of G1-class geomagnetic storms on March 22nd when the solar wind currently blowing around Earth is expected to intensify. Arctic auroras are likely on the first nights of northern spring.”

The Sun’s chromosphere had a couple small prominences that lasted for several days – look at the 4:00 o’clock position on the Sun’s disk in the image below.

In this diagram of the inner solar system, all of the fireball orbits intersect at a single point–Earth. The orbits are color-coded by velocity, from slow (red) to fast (blue). Credit: NOOA/SpaceWeather.com 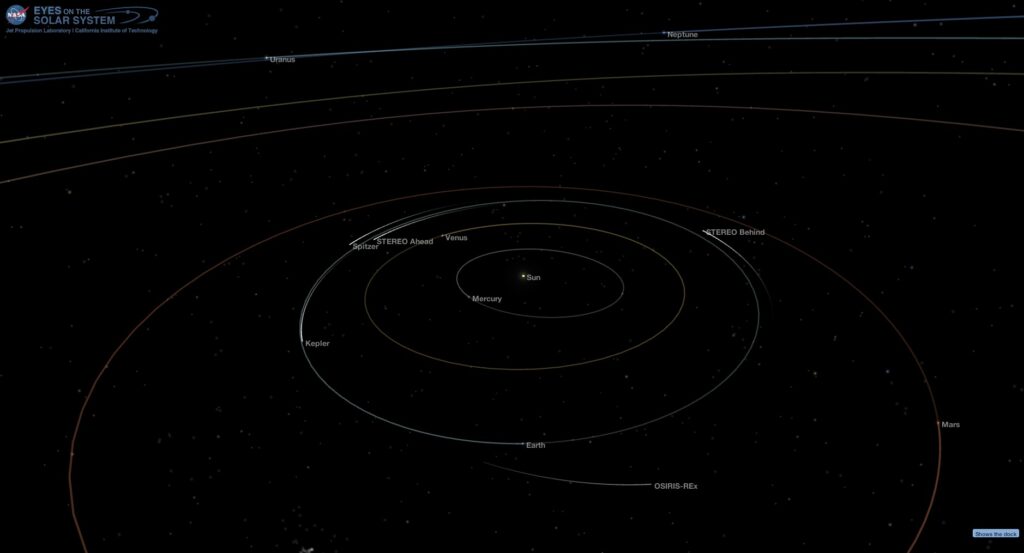 Position of the planets in the solar system, Mar. 20, 2018. Credit: NASA Eyes on the Solar System / Bob Trembley. 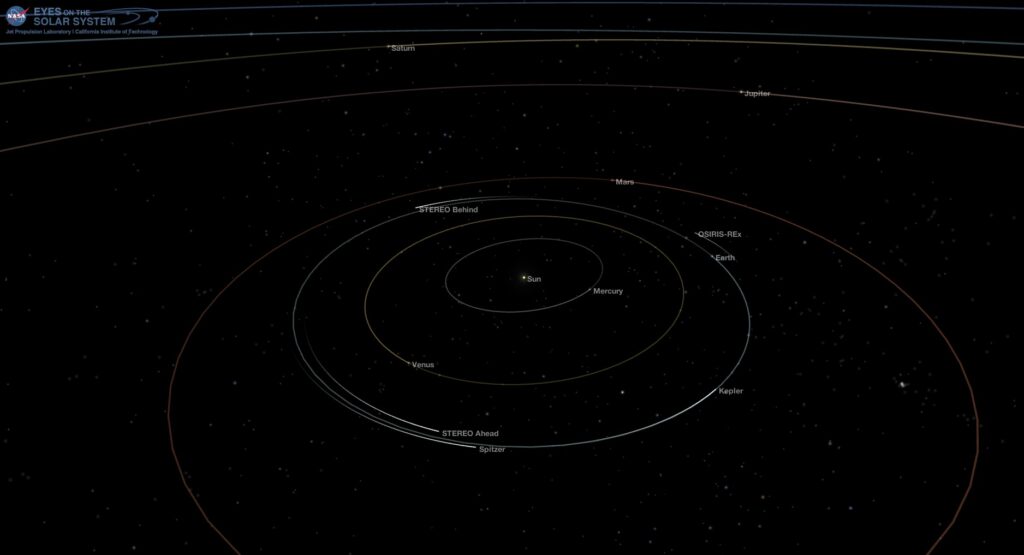 Position of the planets in the solar system, Mar. 20, 2018 – alternate view. Credit: NASA Eyes on the Solar System / Bob Trembley.