This week, Mars whips past Saturn in the southern predawn sky; the conjunction of the two planets will last into next week. The Moon joins the morning planets after the weekend.

Mercury has vanished into the glare of the Sun, but Venus is still low in the western sky after sunset all week long.

Shortly after sunset, the winter constellations Orion and Taurus are visible in the southwestern sky. 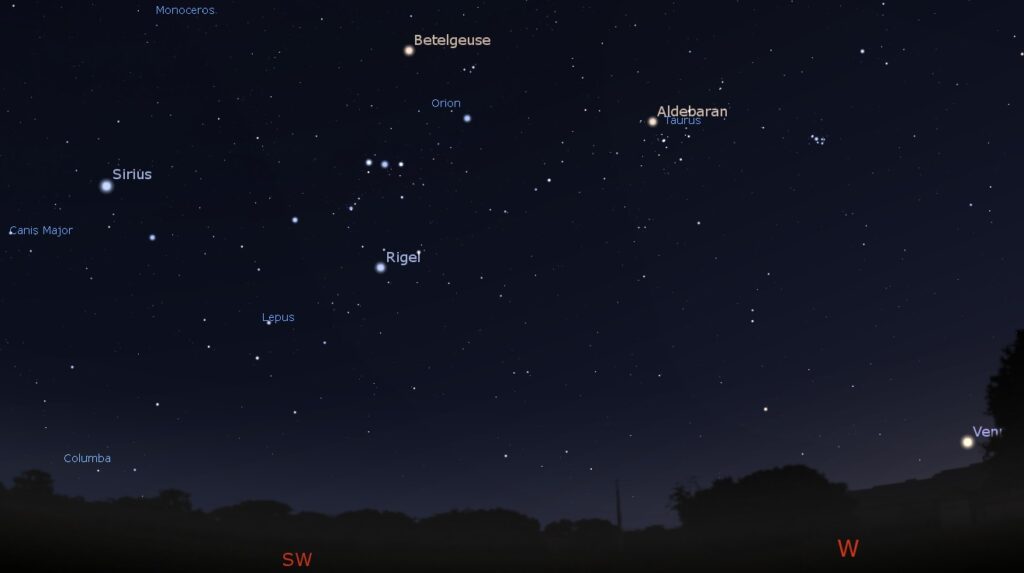 I use Stellarium to generate many of the sky images in this post series; a new version of the app was released on March 25th. One REALLY COOL feature in the new version is the ability to map data from dozens of different sky surveys onto the night sky. The image below shows far-infrared data from the European Space Agency’s  Akari space telescope. When I brought this image up on my computer, I sat there staring at my screen in dumbfounded amazement. I thought: “I’m seeing the Interstellar Medium” – the clouds of gas and dust that our Sun, and all the stars of the Milky Way drift through. Just WOW! 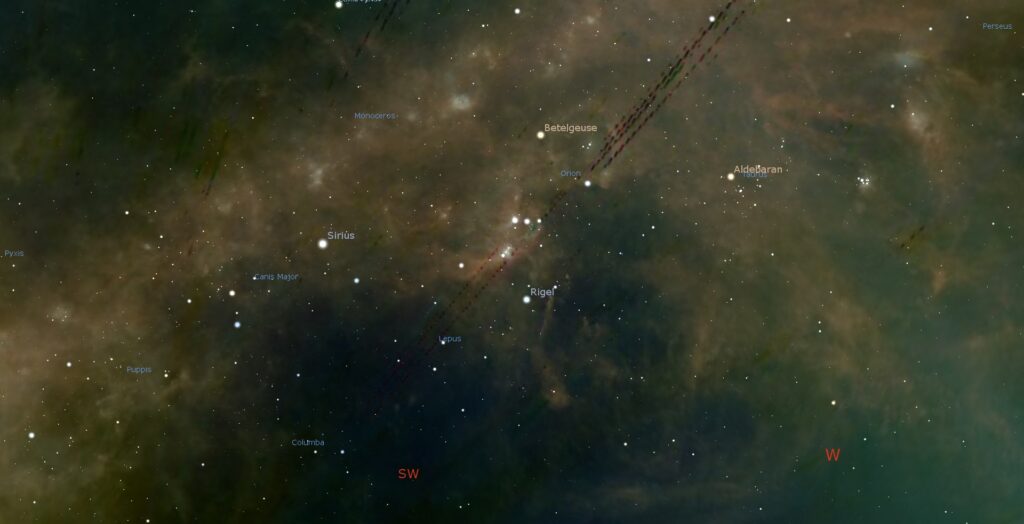 The Moon is a waxing gibbous heading towards full this weekend. Afterwards the Moon will be a waning gibbous, visible late in the evening and setting shortly after dawn.

The Sun has been spot-free for 8 days. There are coronal holes at both the Sun’s poles.

The solar wind speed is 535km/sec, with a density of 5.0 protons/cm3. SpaceWeather.com says “Solar wind flowing from the indicated coronal hole is expected to reach Earth on March 30.”

The Sun’s chromosphere had several small prominences over the last couple days.

The category of fireballs this week includes China’s Tiangong-1 space station, which will re-enter the atmosphere and burn-up sometime between March 30th and April 2nd, somewhere in the green shaded area below: 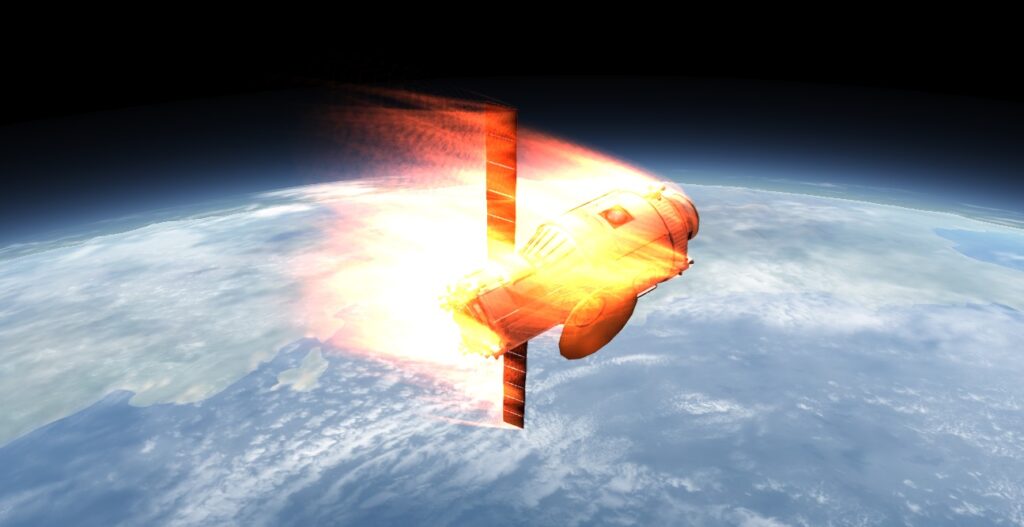 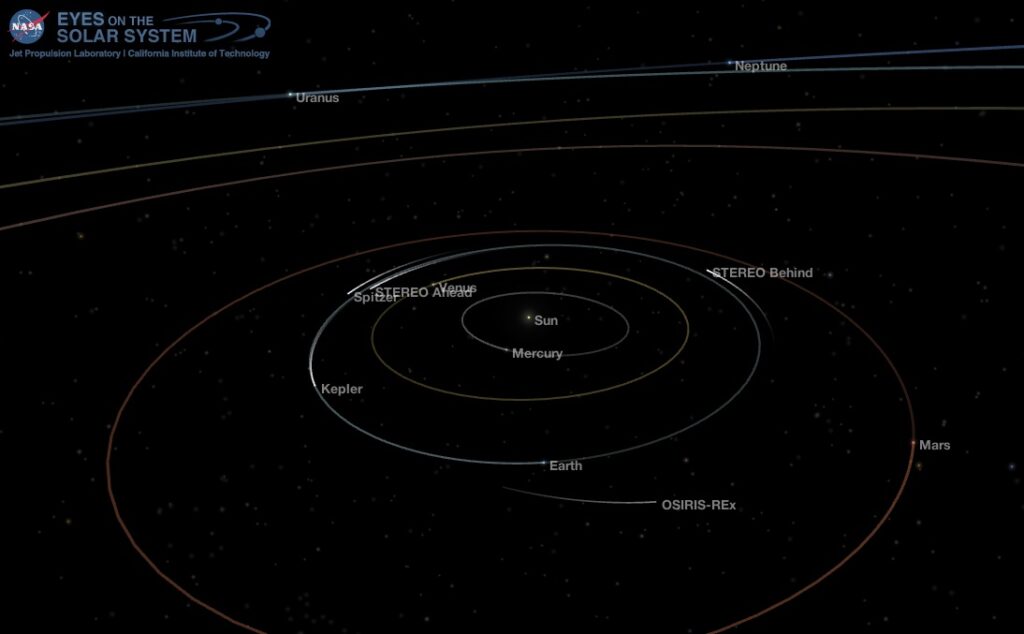 Position of the planets in the solar system, Mar. 27, 2018. Credit: NASA Eyes on the Solar System / Bob Trembley. 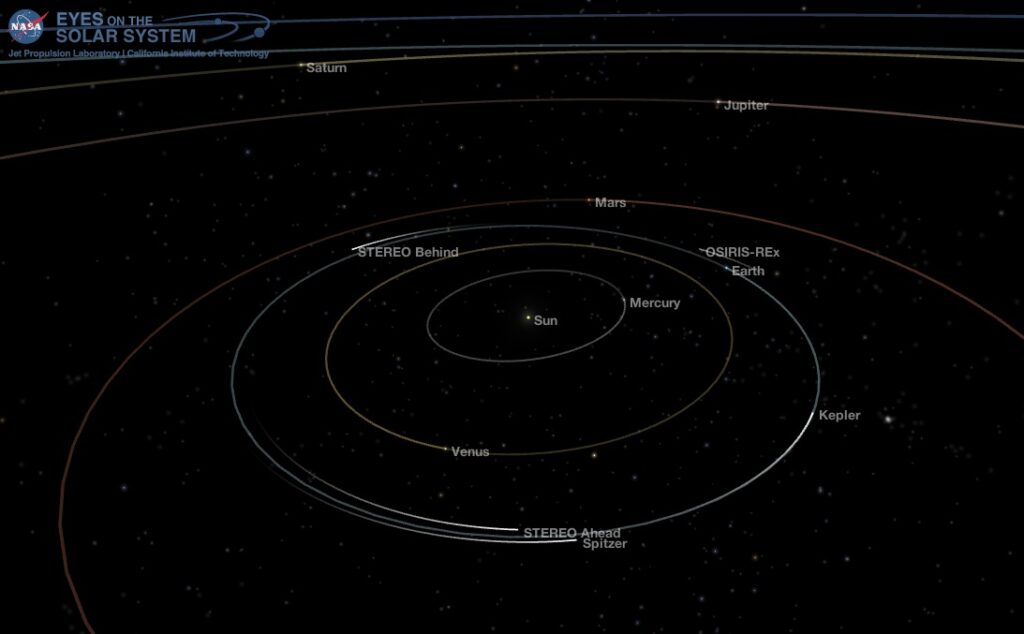 Position of the planets in the solar system, Mar. 27, 2018 – alternate view. Credit: NASA Eyes on the Solar System / Bob Trembley.