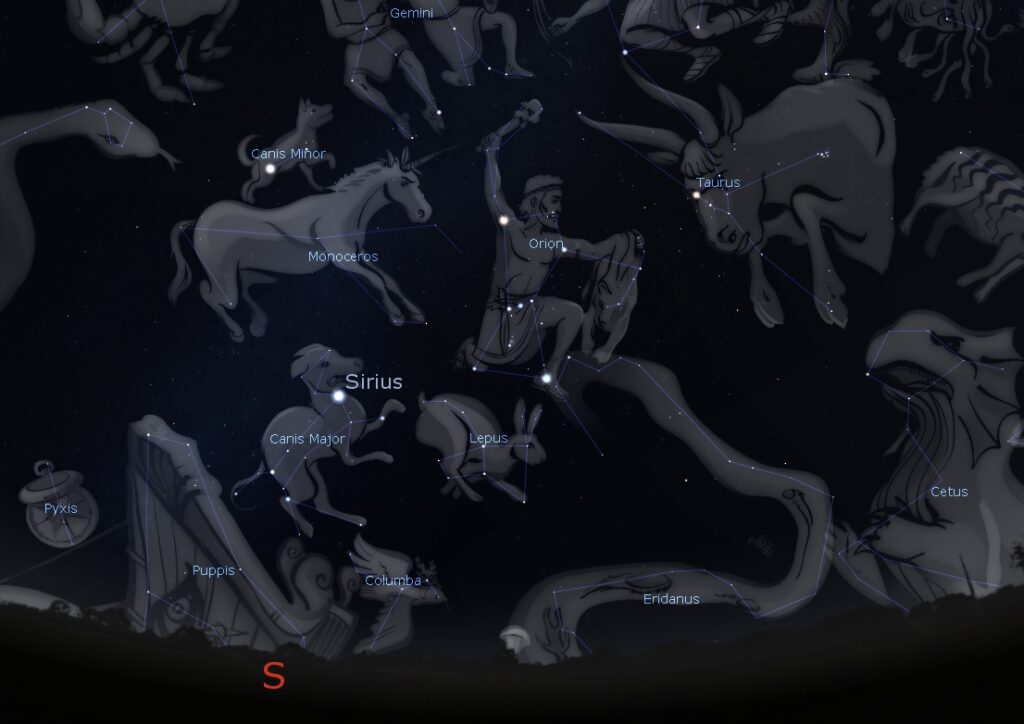 The Moon joins the planets Jupiter, Saturn and Mars in the southern predawn skies for the next week. The Moon will be very near Jupiter on the 7th and between Saturn and Mars on the 10th.

Mercury and Venus reappear this week in the western sky at dusk, separating a little and getting a bit higher each evening.

Winter constellations are lower in the southern sky each day after sunset. 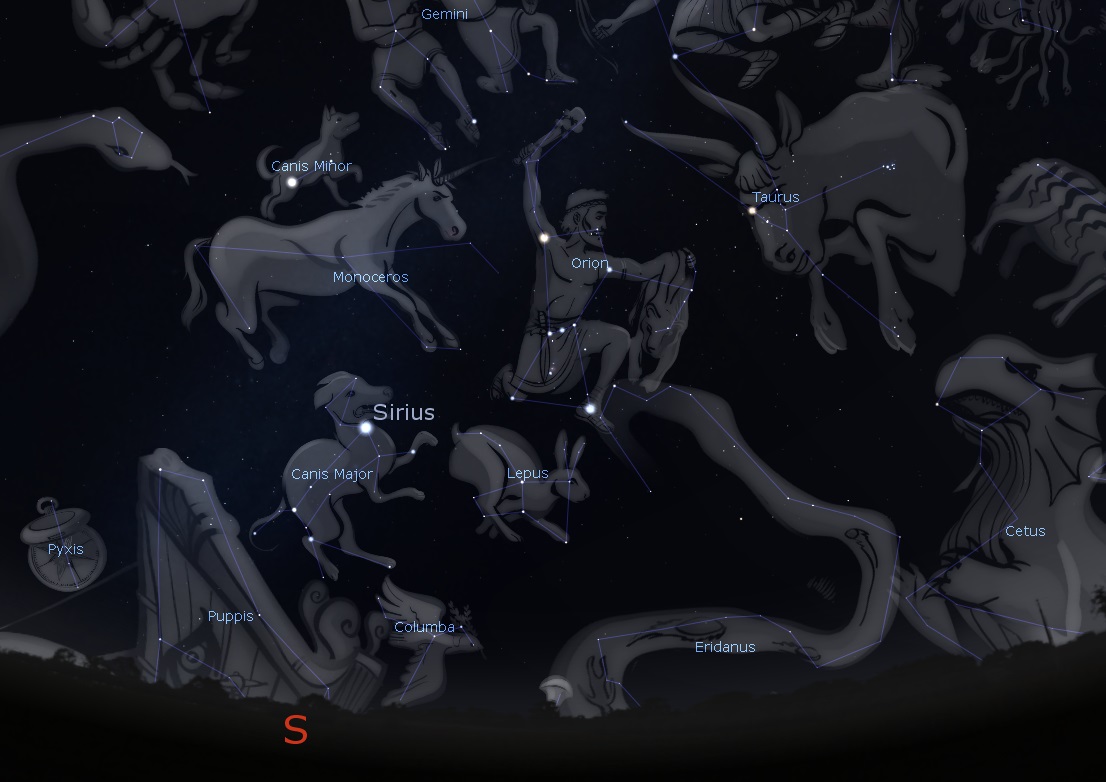 The Moon is a waning gibbous visible shortly after midnight and setting around 10:00 AM. The Moon will be at third quarter on the 9th. After the 9th it will be a waning crescent and only visible in the southern predawn sky.

Not a sunspot to be seen on the Sun’s photosphere for 4 days now. There is a giant coronal hole at the Sun’s north pole, and a smaller one at the Sun’s south pole. 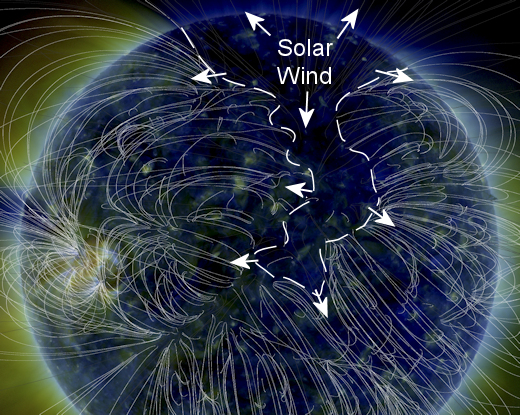 The solar wind speed is 387 km/sec, with a density of 5.0 protons/cm3. SpaceWeather.com is reporting solar wind pouring from this coronal hole is incoming towards the Earth; Auroras are likely for more northerly regions.

The Sun’s chromosphere had several prominences over the last several days – I like the roiling one at about 4:00 o’clock. There’s also a good example of a filament forming and leaping away from the Sun. 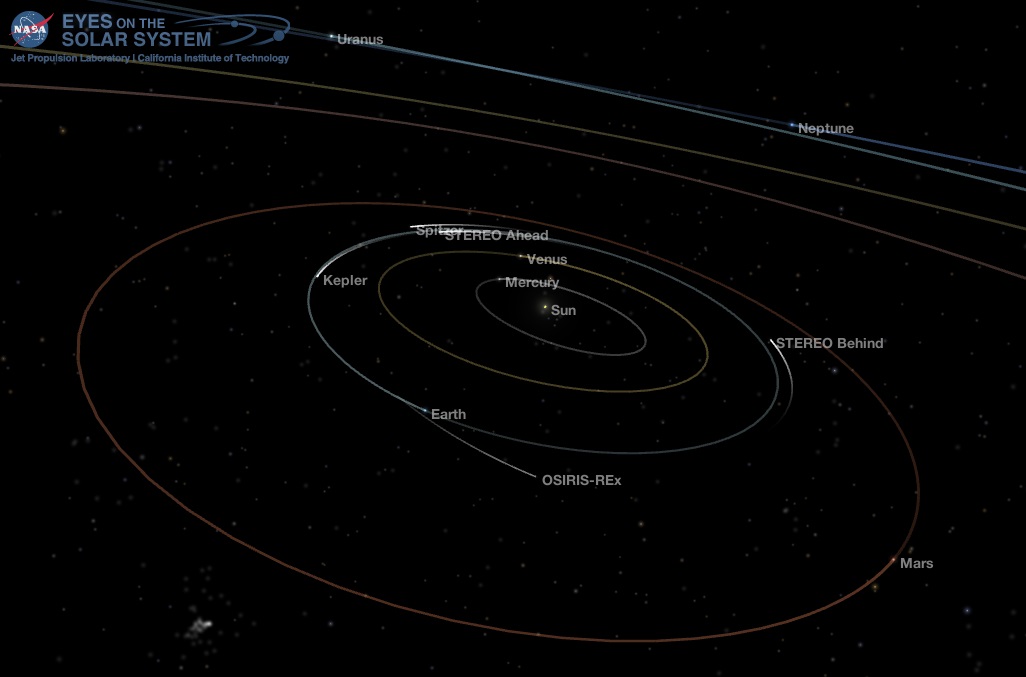 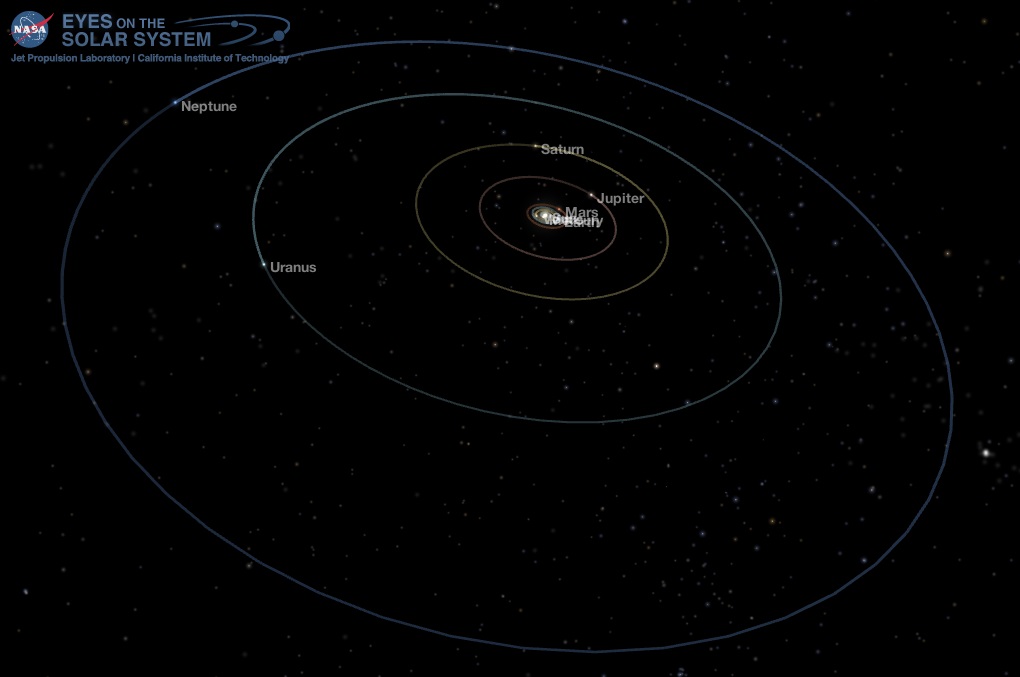 Position of the planets in the solar system, Mar. 6. 20, 2018. This zoomed-out view shows Uranus and Neptune. Credit: NASA Eyes on the Solar System / Bob Trembley. 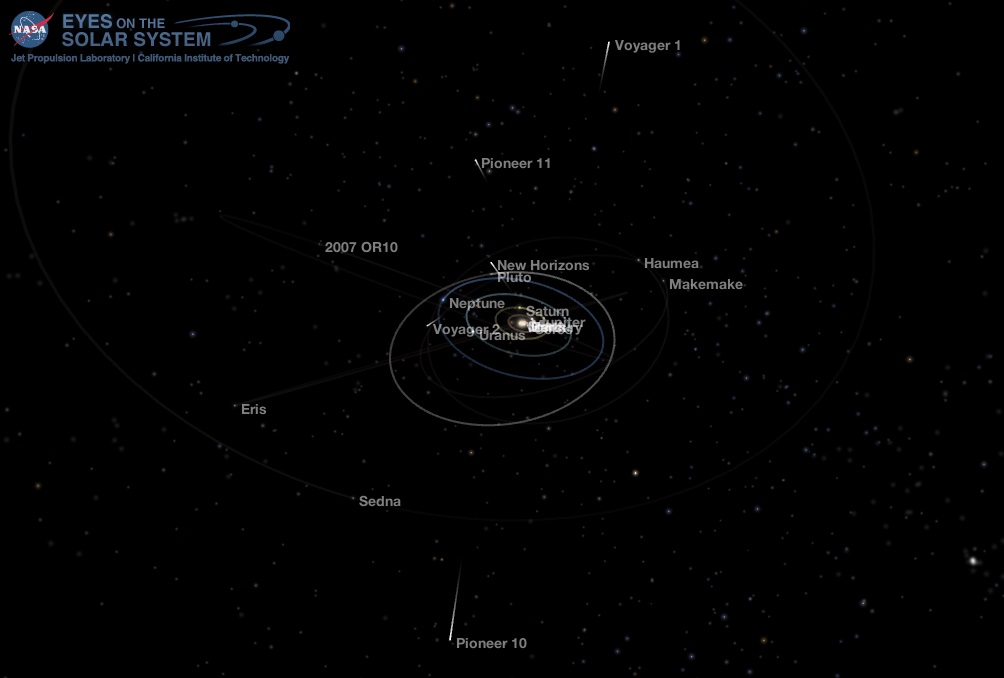 Extreme zoomed-out view of the solar system, Mar. 6. 20, 2018, showing several of the spacecraft that are on the way outward. Credit: NASA Eyes on the Solar System / Bob Trembley.