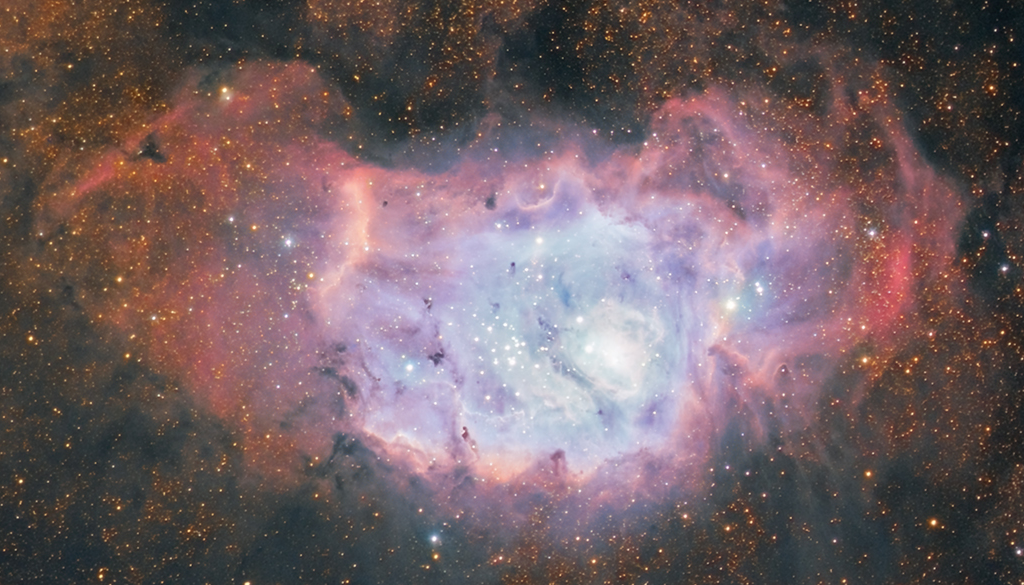 I spent my early youth WAITING for the Apollo missions to hurry-up and get to the Moon already – with no appreciation how long such endeavors take. Working on a presentation about the Europa Clipper mission, I was both amused and dismayed at how long it would be before that mission reached its destination.

You might be able to catch a glimpse of Mercury just before sunrise.

The Moon appears between the star Aldebaran and the Pleiades star cluster high in the western sky after sunset on Mar. 8th.

The Moon appears near the star Aldebaran high in the western sky after sunset on Mar. 9th.

The Moon appears the middle of the Winter Hexagon high in the southwestern sky after sunset on Mar. 10th & 11th.

The Moon appears near the star Pollux in the southwestern sky after sunset on Mar. 12th.

The sky overhead this week before sunrise:

The sky overhead before sunrise from Santiago, Chile:

The Sun again has five named sunspots, and a new sunspot is rotating into view in the upper left of the image.

Spaceweather.com says “A faint CME (movie) might sideswipe Earth’s magnetic field on March 10th. It left the Sun on March 7th following the eruption of a magnetic filament; no sunspots were involved. The glancing blow could spark minor G1-class geomagnetic storms later this week.”

Coronal loops everywhere! Whatever is rotating into view in the upper left is pretty obvious. Lot of eruptions in the bright active regions – both poles appear to have opened up a little.

Prominences everywhere again – some very long-lived ones too! Whatever is rotating into view has a lot of prominence activity, and is spitting quite a bit.

Position of the planets & several spacecraft in the inner solar system on March 8th:

Well THIS is pretty cool!

Messier 8 (M8), also known as the Lagoon Nebula, is a large, bright emission nebula located in the constellation Sagittarius. The star-forming nebula has an apparent magnitude of 6.0 and lies at a distance of 4,100 light years from Earth. It has the designation NGC 6523 in the New General Catalogue.

The Lagoon Nebula is currently undergoing a period of active star formation and has already formed a sizable cluster of stars. NGC 6530, the extremely young open cluster formed from the material of M8, has a visual magnitude of 4.6 and covers an area of 14 arc minutes in the sky. It is centred in the eastern part of the nebula. – messier-objects.com

The Lagoon Nebula is estimated to be between 4,000–6,000 light-years away from the Earth. In the sky of Earth, it spans 90′ by 40′, which translates to an actual dimension of 110 by 50 light years. Like many nebulae, it appears pink in time-exposure color photos but is gray to the eye peering through binoculars or a telescope, human vision having poor color sensitivity at low light levels.

The nebula contains a number of Bok globules (dark, collapsing clouds of protostellar material), the most prominent of which have been catalogued by E. E. Barnard as B88, B89 and B296. It also includes a funnel-like or tornado-like structure caused by a hot O-type star that emanates ultraviolet light, heating and ionizing gases on the surface of the nebula. – Wikipedia

The Trifid Nebula (M20) is located near to the Lagoon Nebula: