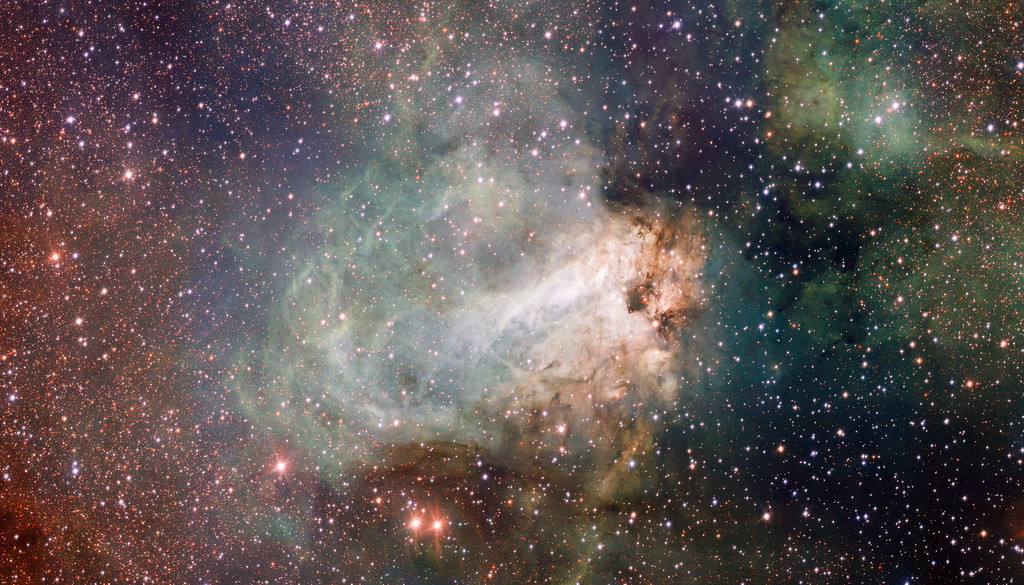 When Teachers Blow Their Students Minds

My wife took two of her classes outside to “Walk the Solar System” today during school. EVERY time, when the student holding the 3×5″ card with Jupiter on it starts walking outward from Mars’ orbit, the rest of the class says “Hey! Shouldn’t he be stopping?” With the Sun represented by a basketball, the walk was almost a mile long, and had to wrp around her school. Students seldom fail to be impressed by this activity…. And she got them out for a walk!

My wife was telling this story after getting home from work, and my mother in-law remembered doing this activity with her in Girl Scouts decades ago! I hope I’m there to see my granddaughter’s mind blown when she’s old enough to understand this stuff.

This activity is similar to what my wife did: [LINK]

Venus, Jupiter, Mars and Saturn continue to appear in the east-southeastern predawn sky all week. The Moon appears near Mars on the morning of May 24th.

On May 25th, the Moon appears near Jupiter.

On May 26th and 27th, the Moon will appear close to Venus.

All the while, Jupiter and Mars are creeping closer together, until on May 28-30, the two planets appear less than a degree apart!

The stars Procyon and Capella appear almost on the west and northwest cardinal points after sunset all week.

Eight named sunspots on the Sun’s face AGAIN, and one is a MONSTER!

Spaceweather.com says “Sunspot AR3017 may have replaced behemoth AR3014 as the most likely source of flares. It has a ‘beta-gamma’ magnetic field that poses a threat for M-class explosions.”

Flaring active regions show up brilliantly in this video. There are two large coronal holes on the Sun’s face – one in the northern hemisphere, and one in the south.

Active regions are flaring frequently, and there are prominences everywhere!

Not yet, but soon…

Position of the planets & several spacecraft in the inner solar system on May 24th:

Boeing #Starliner arrives at the ISS

This video has interviews with a BOATLOAD of people that were inspired by Kerbal Space Program to go on to careers in aerospace and participate in active space missions.

I could do that for students.

Messier 17 (M17), also known as the Omega Nebula, is a famous star-forming nebula located in the southern constellation Sagittarius. The diffuse emission nebula lies near the constellation’s northern border with Scutum, at a distance of 5,000 to 6,000 light years from Earth.

Also known as the Swan Nebula, Lobster Nebula, Horseshoe Nebula and Checkmark Nebula, the Omega Nebula is one of the brightest star-forming nebulae of the Milky Way. Its designation in the New General Catalogue is NGC 6618. With a total mass of roughly 800 solar masses, M17 is also one of the most massive H II regions of our galaxy. The nebula occupies an area roughly 15 light years in diameter and is part of a larger cloud, which is about 40 light years in diameter. – messier-objects.com

Messier 17 is located in the Sagittarius Arm of the Milky Way, the next inward spiral arm to our own, and may be part of the same giant cloud complex as its close neighbour, Messier 16 (the Eagle Nebula), located in the constellation Serpens.

The Omega Nebula is just on the limit of naked eye detection in good conditions, with clear, dark skies and no light pollution. It is best observed in low-powered telescopes and binoculars. – messier-objects.com

Messier 17 contains an open cluster of 35 hot, young stars which are responsible for the nebula’s glow. The cluster is only 1 million years old, which makes it one of the youngest known clusters in our galaxy.

The Omega Nebula is home to up to 800 stars, including nine stars of spectral type O and about 100 of spectral type earlier than B9. Additionally, there are more than a thousand stars in the process of forming in the nebula’s outer regions. – messier-objects.com