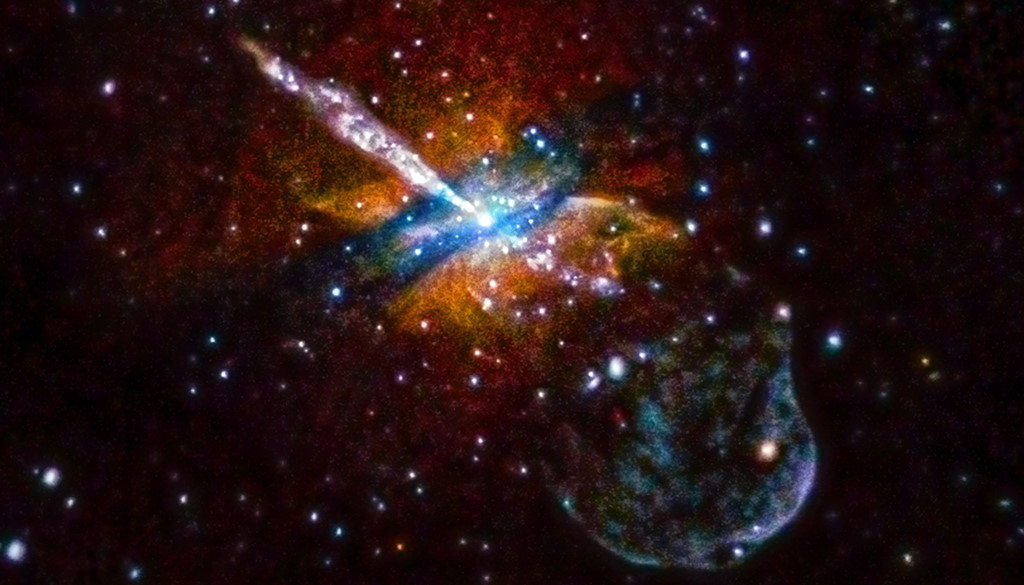 When I discuss rockets and satellites with students, I typically start by holding up one hand up, waggling my fingers and saying “when I was a kid, there were this many human-made things in space.” Two generations later, that number is in thousands, and growing at an alarming rate.

Today, it is nearly impossible to count all the debris in low Earth orbit because of the actions of irresponsible space-faring nations. The latest incident was the intentional destruction of a defunct satellite by a Russian anti-satellite missile. creating thousands of pieces of space debris, and endangering the crew on the International Space Station.

Russia has rightfully drawn the ire of practically the entire planet, while, unsurprisingly, denying that their new cloud of high-velocity space debris inexplicably poses no threat, AND accusing the U.S. of hypocrisy.

To be fair, the U.S. HAS preformed anti-satellite missile tests in the past, as has China and India. But, “you’ve done it TOO, neyh!” does NOT justify it being done again – when the results are already a foregone conclusion.

I seriously wish there was some way to force nations of the world to clean up their own space debris in low Earth orbit. Failing that, we may need to start investigating ways to mitigate the effects of the Kessler syndrome…

Mars appears low above the east-southeastern horizon before sunrise all week. Mars does not appear to get any higher in the sky at this time, but it does migrate slightly southward with each morning.

The bright stars Arcturus and Spica appear in the eastern sky before sunrise all week.

The Waxing Gibbous Moon appears in the eastern sky with Uranus and the Pleiades star cluster after sunset on Nov. 17th.

The Full Moon appears in the eastern sky between the Pleiades star cluster and the star Aldebaran after sunset on Nov. 19th.

This weeks highlight: the total lunar eclipse – which occurs in the western sky on Nov. 19th, starting shortly after 2:00 AM, and ending before 6:00 AM.

The Waning Gibbous Moon appears in the eastern sky with a boatload of bright stars after sunset from Nov. 20-22nd.

Jupiter, Saturn, Venus and the star Fomalhaut appear in the south-southwestern sky after sunset this week.

Stars and constellations in the west-southwestern sky before sunrise this week; I took my granddaughter out to look at these stars again the other day – only Sirius and Procyon were visible through the clouds, but she DID notice them!

Get info on the upcoming total lunar eclipse here:

Snoopy to the Moon!

I remember Snoopy on Apollo 10!

The Sun has 3 spots, again – the one rotating into view in the left edge is unnamed at the time of this writing… but may be soon named AR2897.

The Sun seen in 193 angstroms on November 15th

The Sun seen in 304 angstroms on November 15th

Several long-lived prominences on the Sun’s limb; that unnamed region can be seen blowing flares in this video too.

At the time of this writing, the SOHO site is down – so no solar wind image, or link to the near real-time animation of the corona.

The Parker Solar Probe is the fastest thing humans have made! Someone commented that 364,621 mph = 0.05% the speed of light! There WILL be a doppler shift to radio communications with the probe.

A "What IF" question about "slow asteroids"

Position of the planets & several spacecraft in the inner solar system on November 16th:

Seems the whole world is ticked-off at Russia

WOW! I need to make a poster of this!

Lyndon B Johnson NHP in Texas, USA, has been certified as an International Dark Sky Park.

“Just weeks after NASA’s Chandra X-ray Observatory began operations in 1999, the telescope pointed at Centaurus A (Cen A, for short). This galaxy, at a distance of about 12 million light years from Earth, contains a gargantuan jet blasting away from a central supermassive black hole.

Since then, Chandra has returned its attention to this galaxy, each time gathering more data. And, like an old family photo that has been digitally restored, new processing techniques are providing astronomers with a new look at this old galactic friend.

This new image of Cen A contains data from observations, equivalent to over nine and a half days worth of time, taken between 1999 and 2012. In this image, the lowest-energy X-rays Chandra detects are in red, while the medium-energy X-rays are green, and the highest-energy ones are blue.

As in all of Chandra’s images of Cen A, this one shows the spectacular jet of outflowing material – seen pointing from the middle to the upper left – that is generated by the giant black hole at the galaxy’s center. This new high-energy snapshot of Cen A also highlights a dust lane that wraps around the waist of the galaxy. Astronomers think this feature is a remnant of a collision that Cen A experienced with a smaller galaxy millions of years ago.

The data housed in Chandra’s extensive archive on Cen A provide a rich resource for a wide range of scientific investigations. For example, researchers published findings in 2013 on the point-like X-ray sources in Cen A. Most of these sources are systems where a compact object – either a black hole or a neutron star – is pulling gas from an orbiting companion star. These compact objects form by the collapse of massive stars, with black holes resulting from heavier stars than neutron stars.

The results suggested that nearly all of the compact objects had masses that fell into two categories: either less than twice that of the Sun, or more than five times as massive as the Sun. These two groups correspond to neutron stars and black holes.

This mass gap may tell us about the way massive stars explode. Scientists expect an upper limit on the most massive neutron stars, up to twice the mass of the Sun. What is puzzling is that the smallest black holes appear to weigh in at about five times the mass of the Sun. Stars are observed to have a continual range of masses, and so in terms of their progeny’s weight we would expect black holes to carry on where neutron stars left off.

Although this mass gap between neutron stars and black holes has been seen in our galaxy, the Milky Way, this new Cen A result provides the first hints that the gap occurs in more distant galaxies. If it turns out to be ubiquitous, it may mean that a special, rapid type of stellar collapse is required in some supernova explosions.

The results described here were published in the April 1st, 2013 issue of The Astrophysical Journal and are available online. Mark Burke led the work when he was at the University of Birmingham in the UK and he is now at L’Institut de Recherche en Astrophysique et Planetologie in Toulouse, France. NASA’s Marshall Space Flight Center in Huntsville, Ala., manages the Chandra program for NASA’s Science Mission Directorate in Washington. The Smithsonian Astrophysical Observatory in Cambridge, Mass., controls Chandra’s science and flight operations.” – NASA