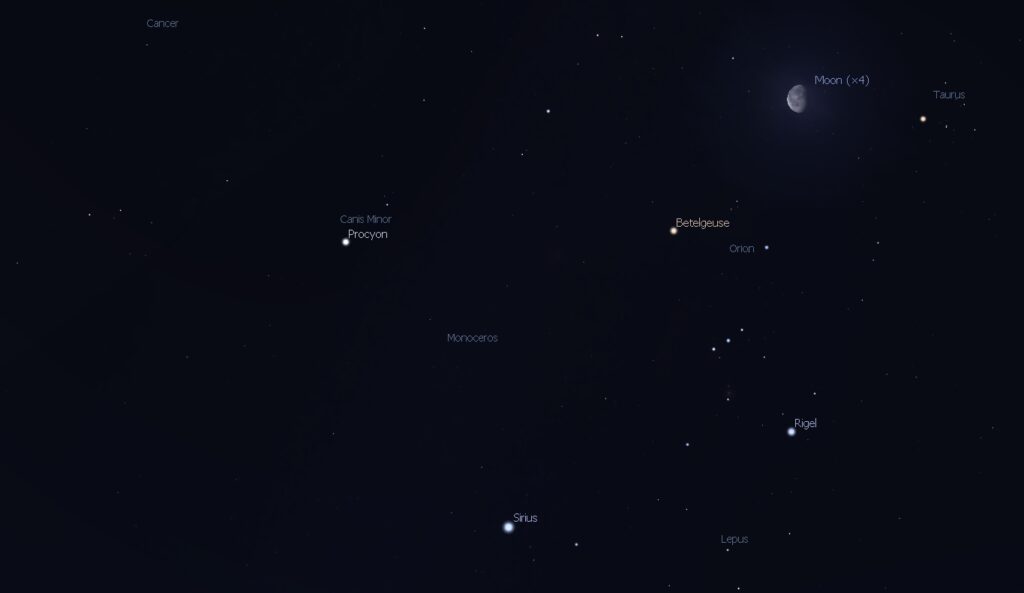 The waning gibbous Moon is high in the southern sky before dawn; The Moon will be at third quarter on the 12th, traveling eastward and a bit lower each morning, it will be a waning crescent from the 13th through the 19th.

The Moon will occult the star Regulus before sunrise on Oct. 15th. 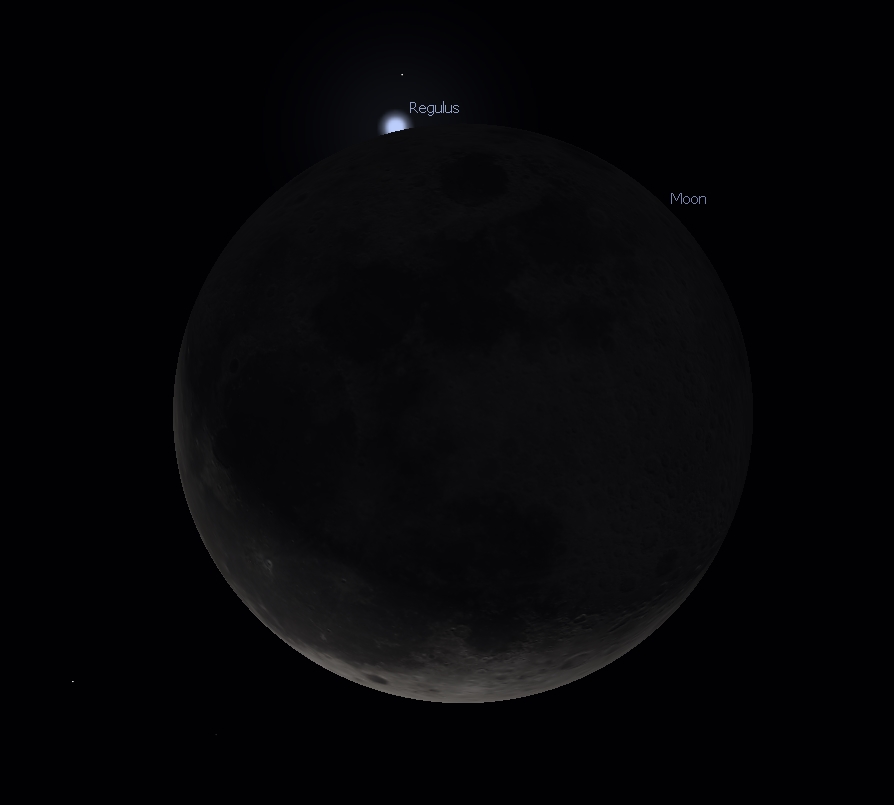 For a map and timing of the occultation for your location, click this link.

Venus and Mars continue to appear close together, low in the eastern predawn sky. The Moon will appear very close to Mars on the morning of Oct. 17th. 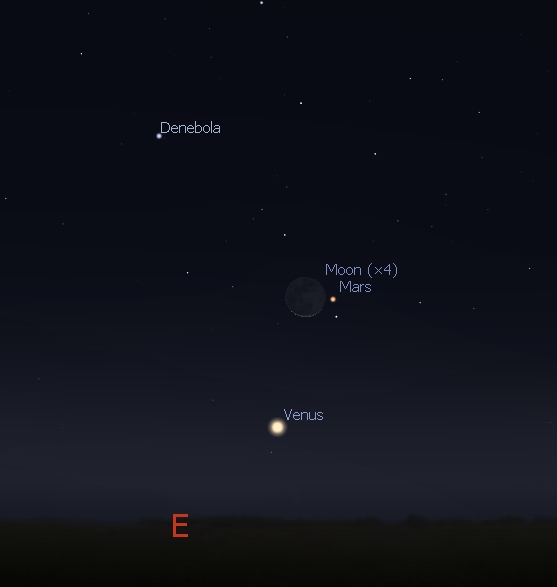 On October 14th, asteroid 2012 TC14 will pass by the Earth at 0.13 Lunar Distances – that’s WELL inside Earth’s geosynchronous satellite ring; the asteroid is estimated to be 8-26 meters in diameter. Earth’s gravity will bend the orbit of the asteroid as it passes by.

There are currently no sunspots visible from Earth, but the coronal hole that has been hanging around for the last couple weeks, now appears to have formed an island! 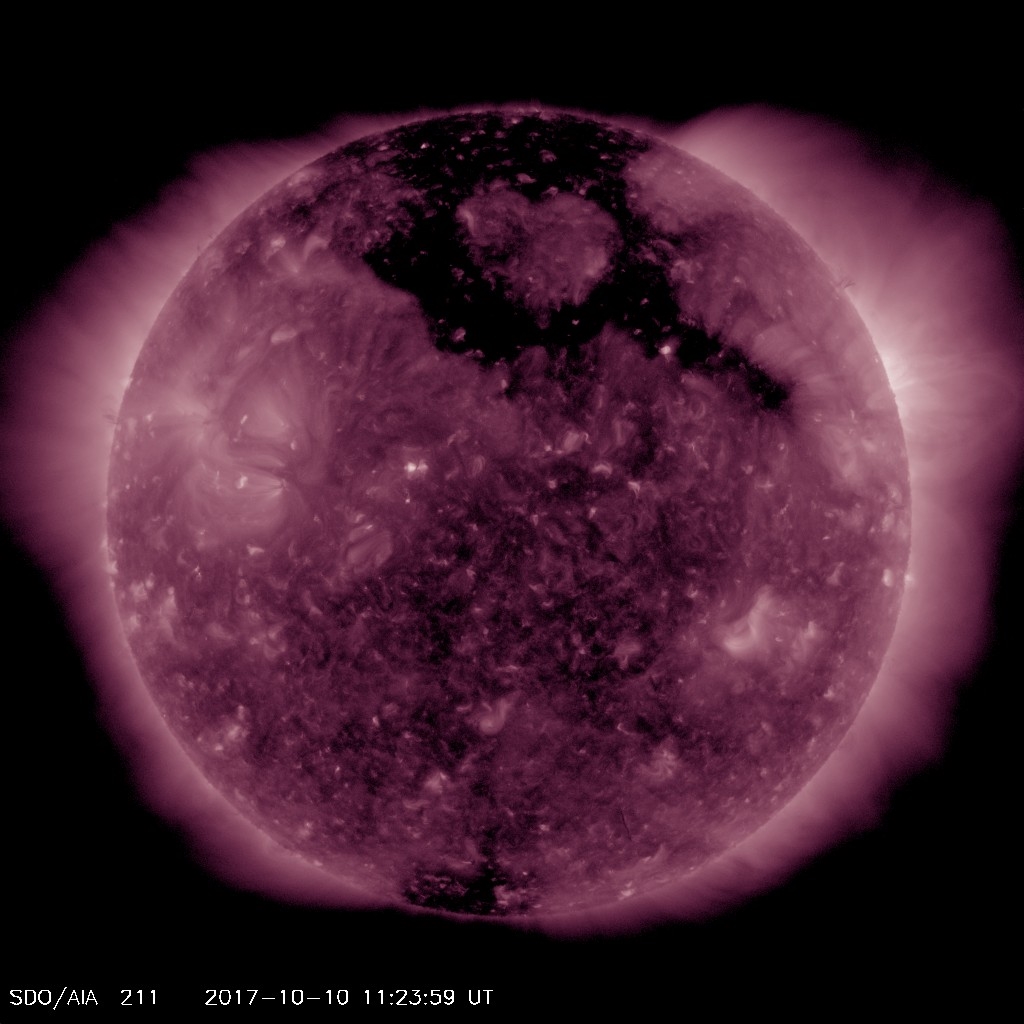 Each year, NASA’s Goddard Space Flight Center creates a Solar Dynamics Observatory “best of” video, and the year 6 video is spectacular! I made the following comment to the video on YouTube: “I have never seen a better video showing the fluid-dynamic nature of the Sun’s differential rotation. It’s really neat to see the “>>>” patterns form (and the things IN them) as the Sun rotates. This will be included as part of my Sun lecture.”

Uranus is high in the eastern sky a few hours after sunset; at the recent Astronomy at the Beach event in Michigan, a young girl commented that Uranus was the coolest thing she saw that evening! 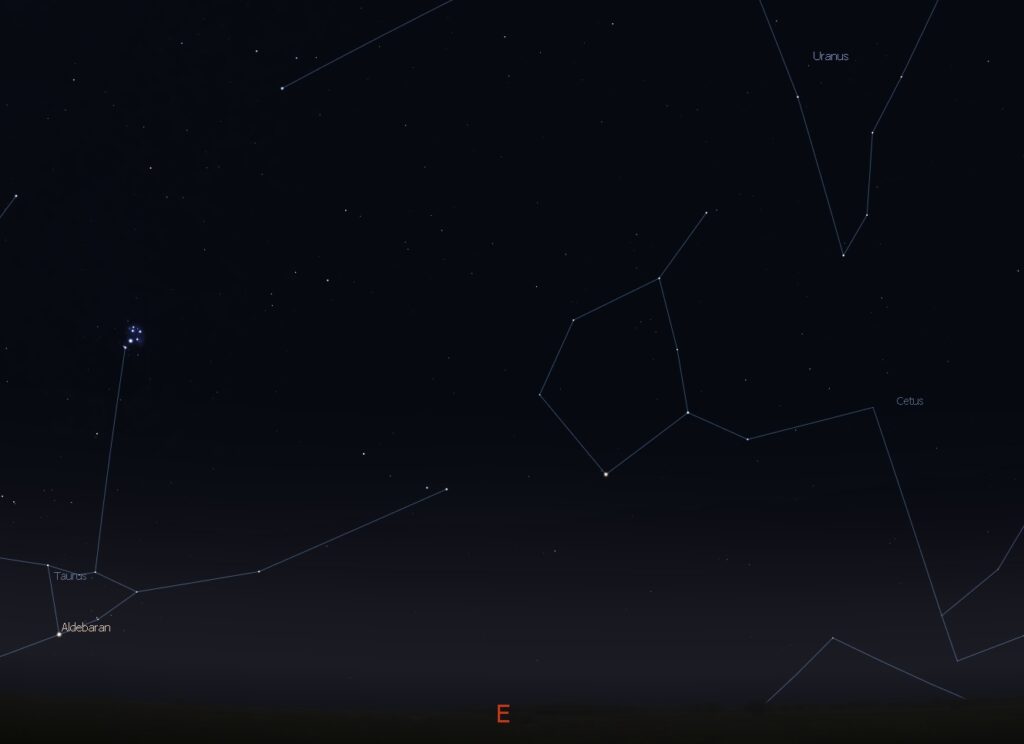 Uranus is high in the eastern sky after sunset. Credit: Stellarium / Bob Trembley.

The Inner Solar System, Oct. 10, 2017, looking out towards Jupiter and Saturn. Credit: NASA Eyes on the Solar System / Bob Trembley.

The Inner Solar System, Oct. 10, 2017, looking out towards Uranus and Neptune. Credit: NASA Eyes on the Solar System / Bob Trembley.