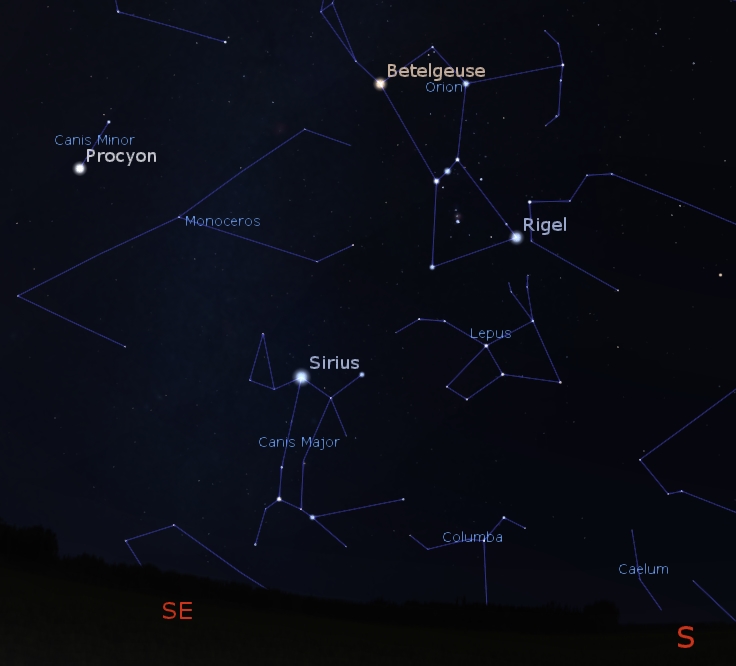 Canis Major, with the bright star Sirius, is now fully above the horizon in the southeastern predawn sky.

The constellation Canis Major with Sirius, the brightest star in the Earth’s night sky, is now completely above the horizon at 6:00 AM on Sept. 18, 2018. Credit: Stellarium / Bob Trembley.

The Moon joins Mars and Saturn in the southwestern sky after dusk for several days this week.

Venus is very low on the Southwestern sky, and is only visible for about 1/2 hour at dusk before being obscured by trees or buildings on the horizon. Jupiter sets shortly before 10:00 PM 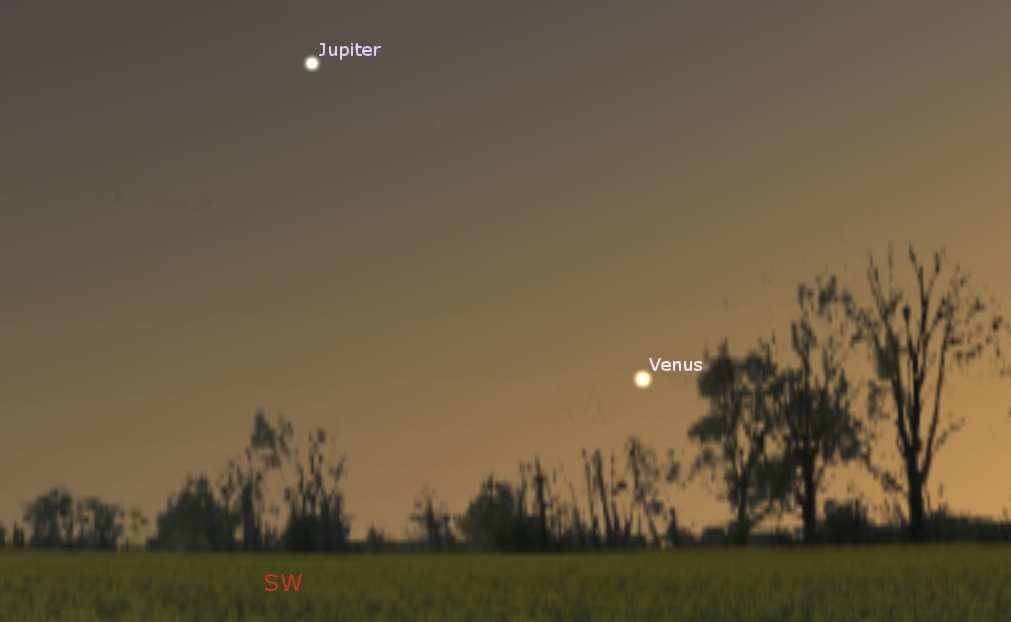 Jupiter and Venus in the southwestern sky at dusk on Sept. 18, 2018. Credit: Stellarium / Bob Trembley.

The Moon is a waxing gibbous just after first quarter; visible in the southern sky after dusk, the Moon is an excellent observing target for the next several days. The Moon will be full on September 24th.

The lunar terminator – NOT a rampaging cyborg from a dystopian future… but rather the division between the illuminated and dark hemispheres of the Moon.

Observing the terminator on the Moon around the time of first or third quarters can be fascinating! Over the course of several hours, you can watch the shadows slowly change shape, and the tips of mountains and crater walls come into view, or vanish. Each night, a whole new set of craters and mountains become visible. The full Moon shows none of these shadows, and is considered much less interesting to look at by most sidewalk astronomers. 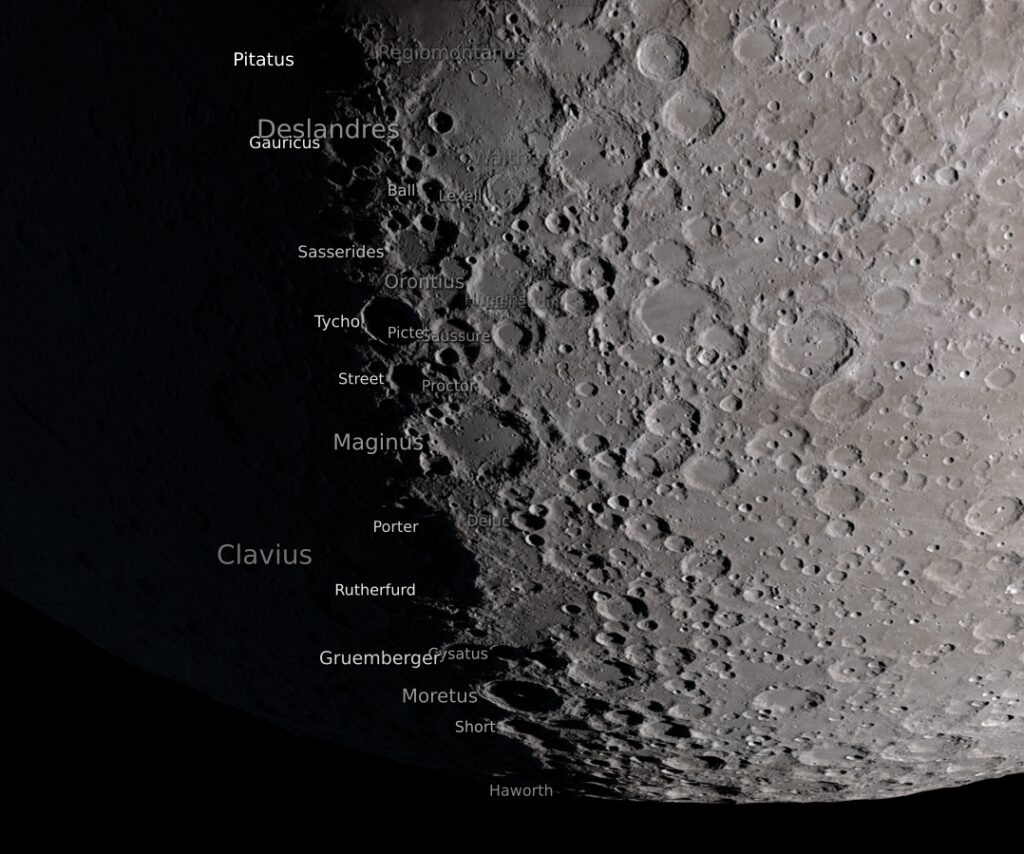 The Sun has been spot-free for 5 days. The huge coronal hole at the Sun’s north pole has gotten bigger – with a limb extending down towards the equator; several regions of coronal loop activity appear all along the equator. The coronal hole that started forming at the south pole last week has also grown in size. The solar wind speed is 530.4 km/sec, with a density of 12.0 protons/cm3 – the highest density I’ve seen in a while!

SpaceWeather.com says: “Earth is entering a stream of solar wind flowing from a hole in the sun’s atmosphere. It’s not a very fast stream, but at this time of year it could be enough to ignite Arctic auroras. Equinox cracks in Earth’s magnetic field are lowering our planet’s defenses against the solar wind, setting the stage for Northern Lights.”

Solar observing enthusiasts have been getting a treat for the last several days; numerous prominences appear all over the Sun’s limb! I saw a beautiful straight pillar prominence through Diane Hall and Jonathan Kade’s 40mm PST at last weekend’s Astronomy at the Beach event near Milford, Michigan.

On Sept. 10, 2018, the NASA All Sky Fireball Network reported 94 fireballs. (This value has not updated either… bad luck for me this week, I guess…)

Comet 21P/Giacobini-Zinner is a binocular-viewable comet, visible in the eastern sky after midnight, and before dawn. The comet is fading – catch a glimpse soon! 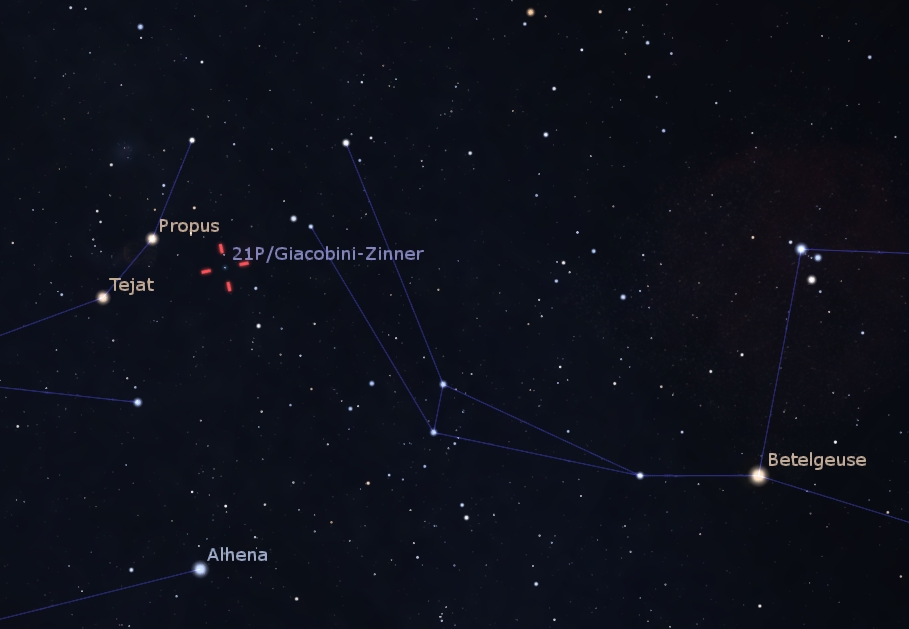 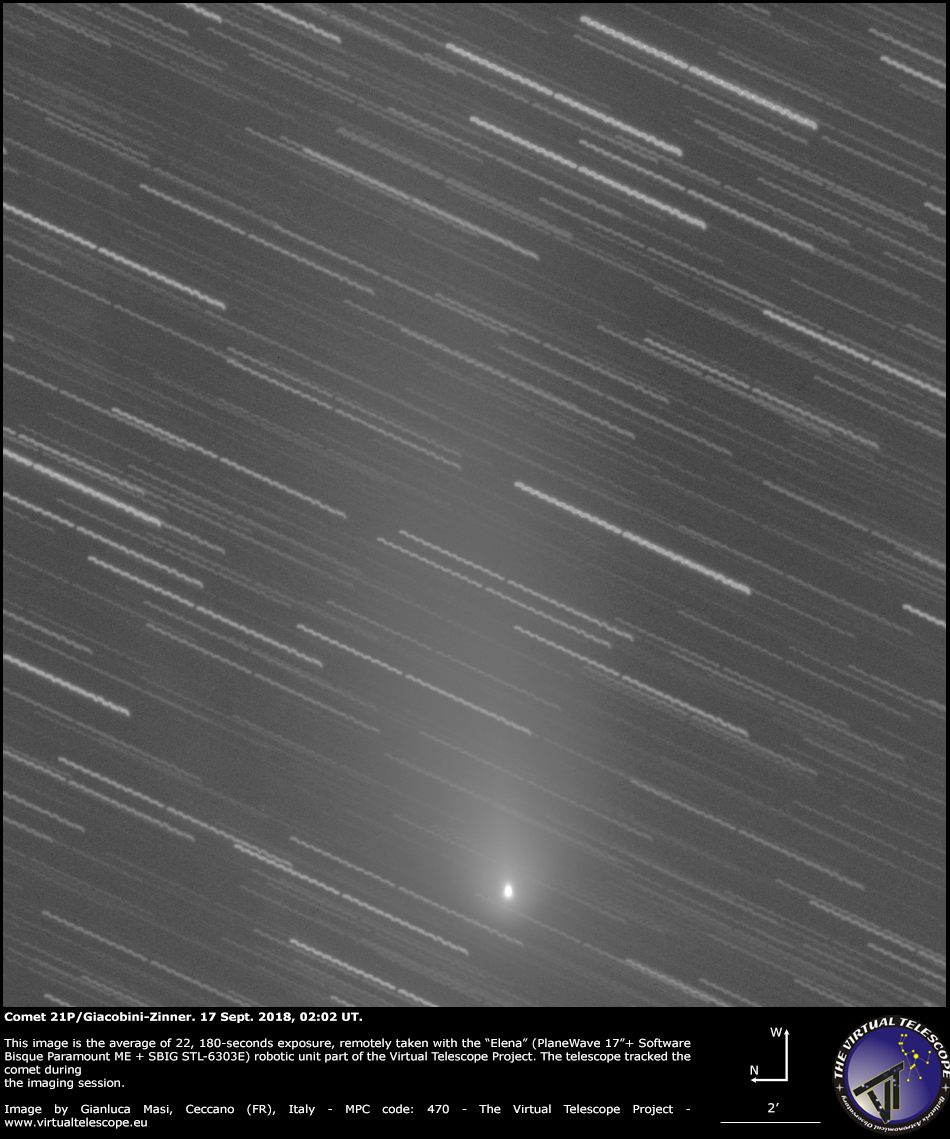 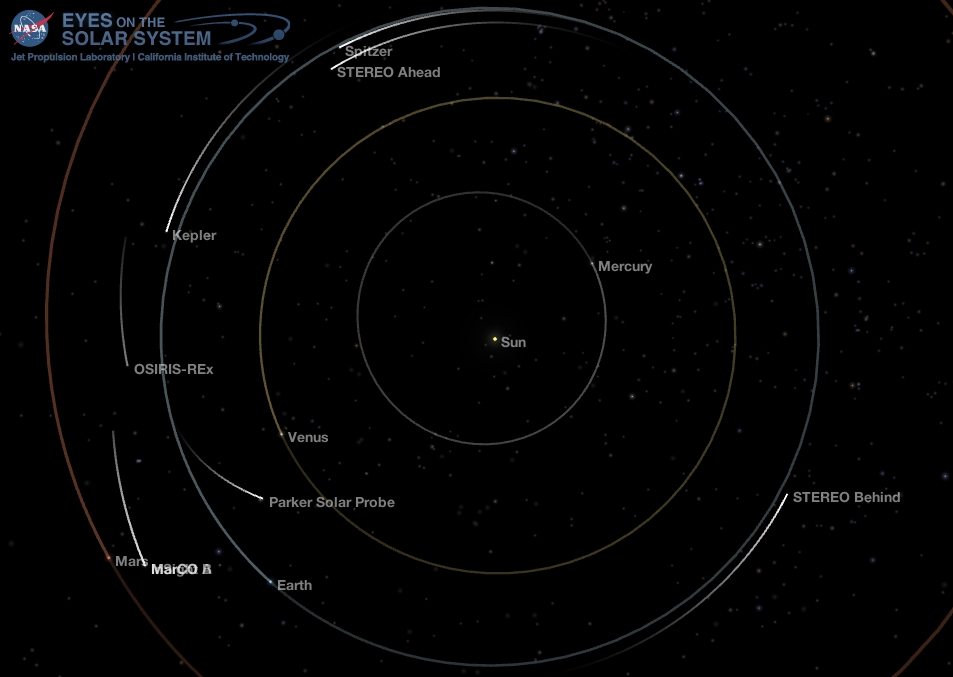 Position of the planets and several spacecraft in the inner solar system, Sept. 18, 2018. Credit: NASA Eyes on the Solar System / Bob Trembley. 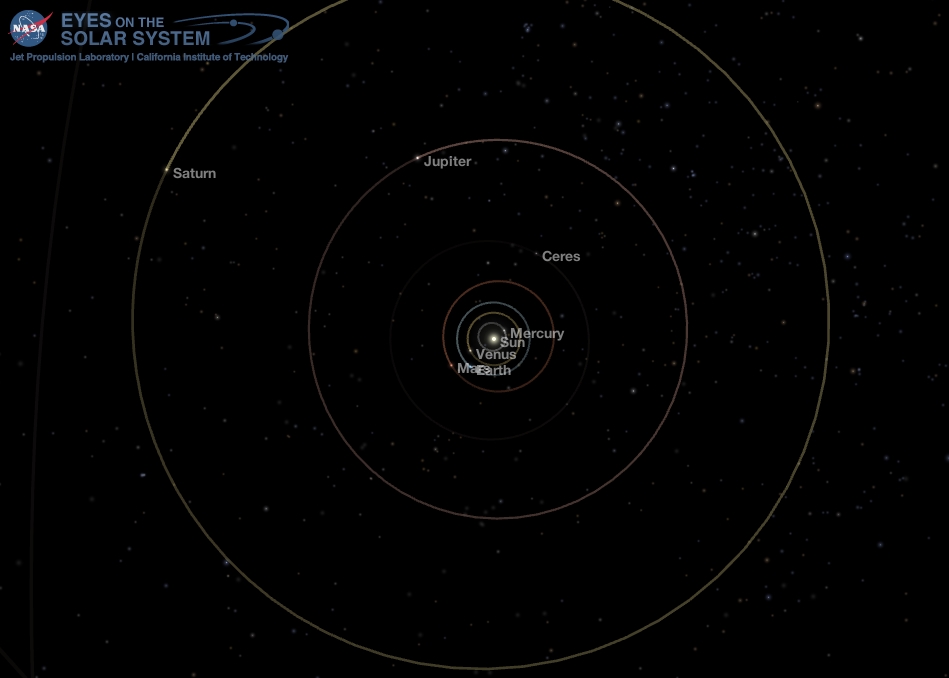 Position of the planets in the middle solar system, Sept. 18, 2018. Credit: NASA Eyes on the Solar System / Bob Trembley. 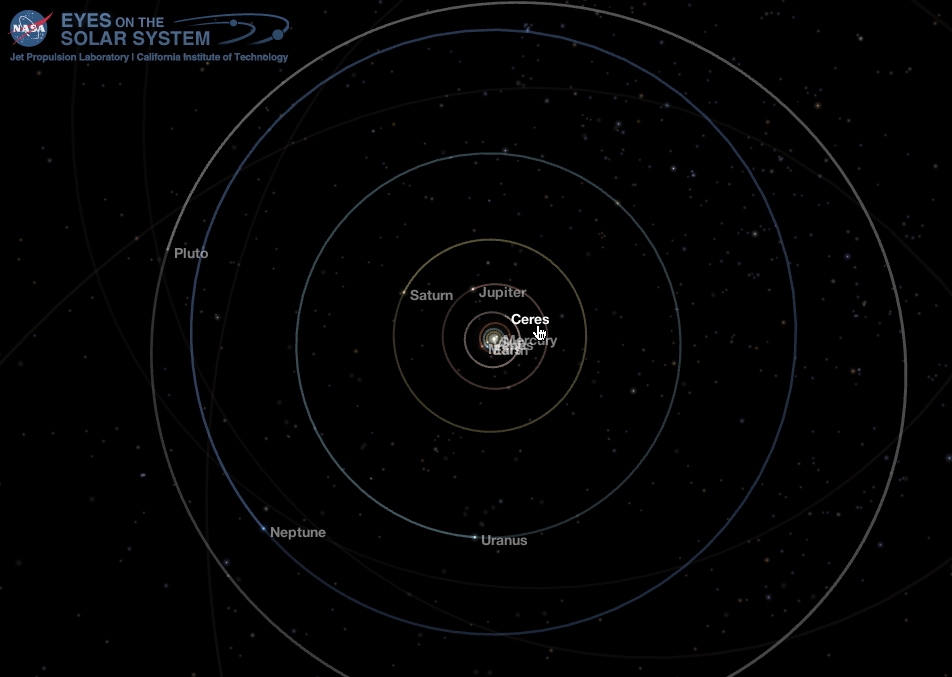 Position of the planets in the outer solar system, Sept. 18, 2018. Credit: NASA Eyes on the Solar System / Bob Trembley.

I was playing around with NASA’s Eyes for this post, and noticed that Pluto really isn’t a member of the “Ecliptic-Plane Club.” 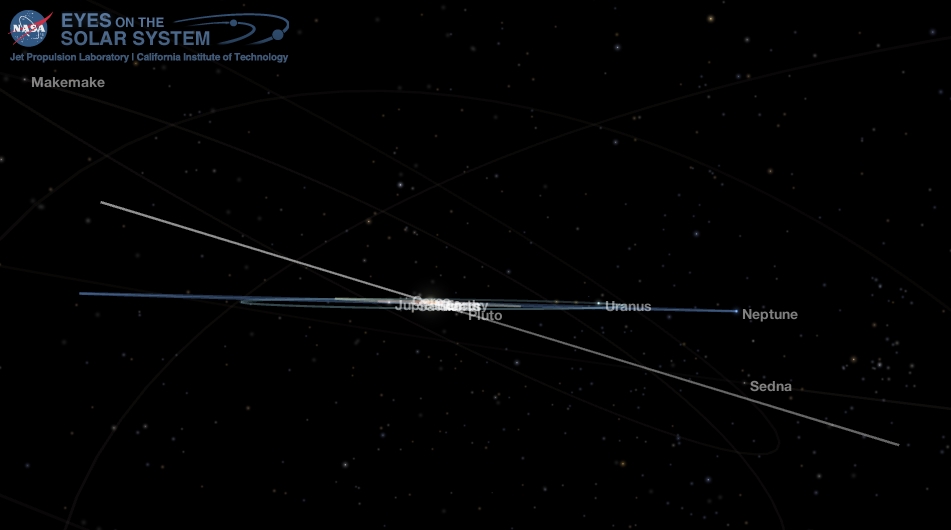 Edge-on views of both the ecliptic plane and Pluto’s orbit. Credit: NASA Eyes on the Solar System / Bob Trembley.

The instrument-cover on a student-built x-ray spectrometer on NASA’s OSIRIS-REx asteroid sample return spacecraft has opened!

This morning the Frangibolt on the flight cover of REXIS – my student-built x-ray spectrometer that will map elements on Bennu’s surface – fired as planned and opened the instrument’s cover.@REXIS_MIT now has a clear view of space! pic.twitter.com/Vrsh8OfVR5

The Parker Solar Probe, the first mission to the outer corona of the Sun, is on its way to a Venus fly-by on Oct. 3rd. 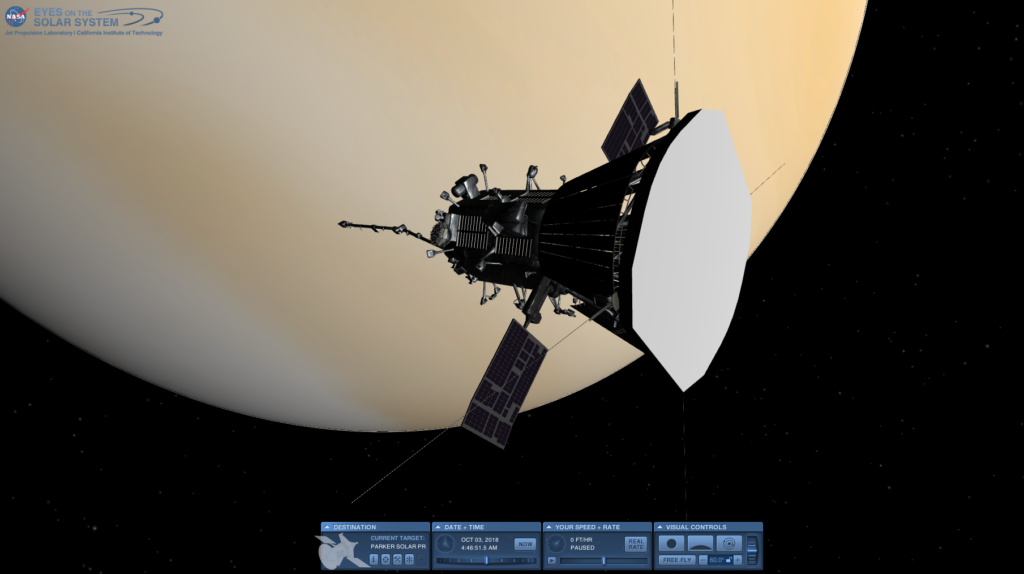 The Mars InSight spacecraft will land on Mars on Nov. 26th. InSight has a seismometer and other instruments that will study the interior of Mars. 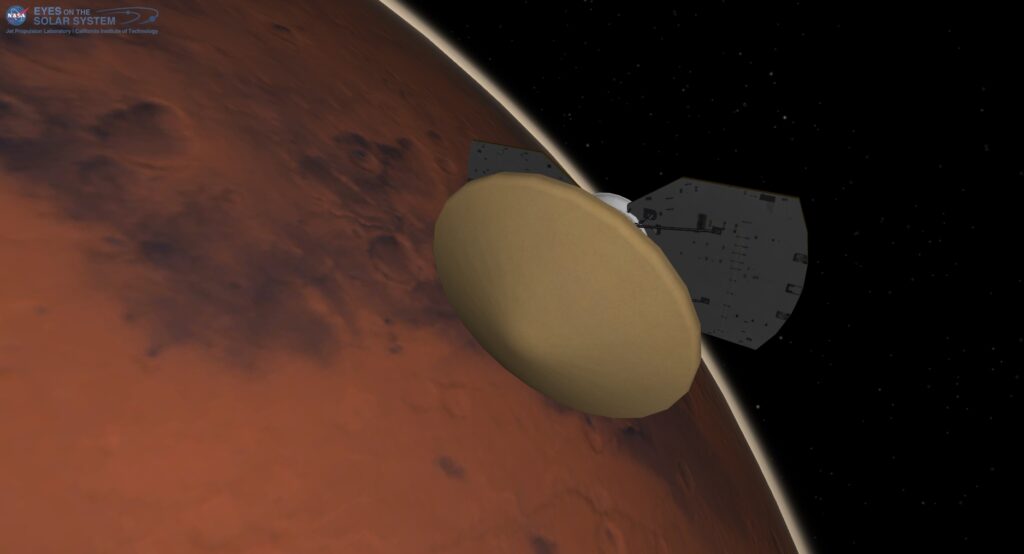