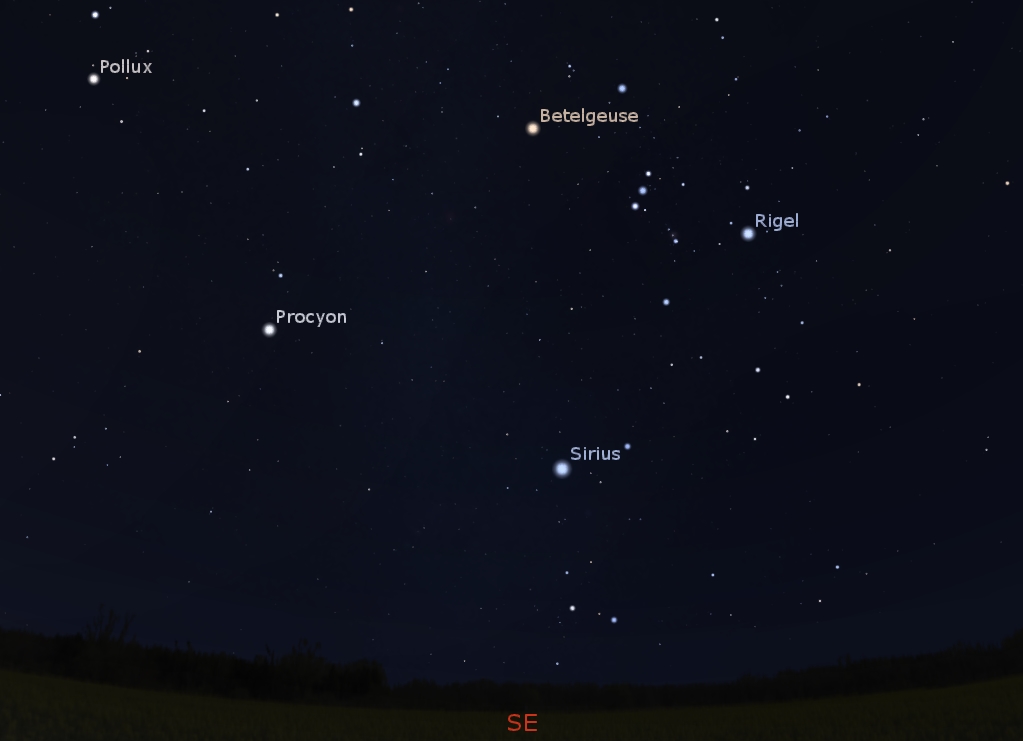 Happy autumn! The autumnal equinox occurred on September 22nd, this is when the Sun crosses the celestial equator, making the length of day and night approximately the same all over the Earth. With the onset of fall, the constellation Orion is now very high in the predawn sky

Jupiter will soon be leaving Mars and Saturn behind in the south-southwestern sky after dusk – catch it while you still can!

Mars, Saturn and Jupiter across the south-southwestern sky after sunset on Sept. 25, 2018. Credit: Stellarium / Bob Trembley.

Jupiter and Venus compete for the “evening star” title, but Jupiter will soon win, as Venus will no longer visible in the southwestern sky in a few short weeks. 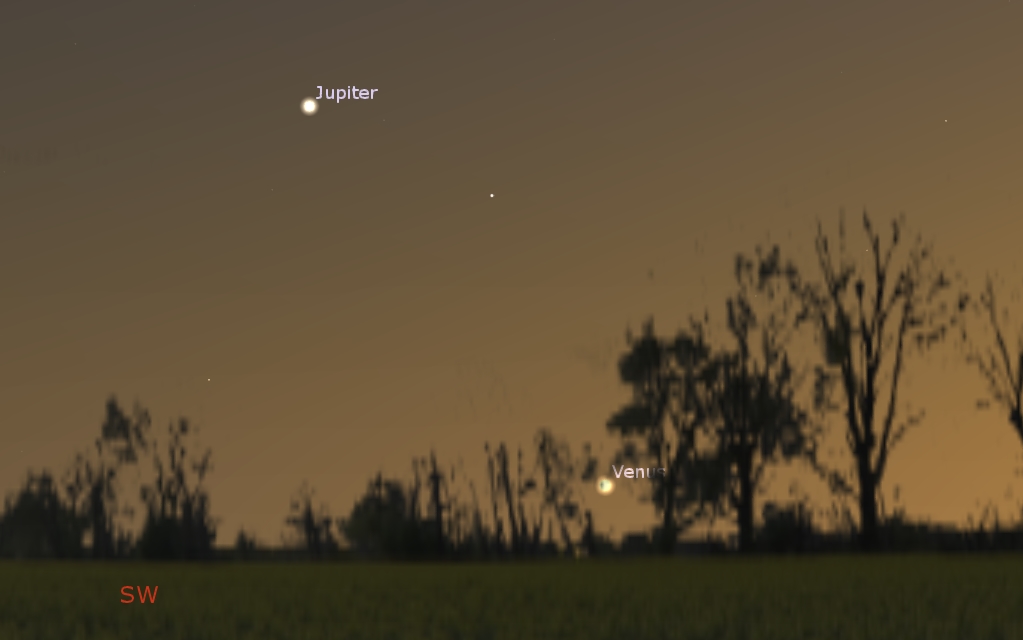 Jupiter and Venus in the southwestern sky at dusk on Sept. 25, 2018. Credit: Stellarium / Bob Trembley.

The Moon is a waning gibbous just after full; rising in the east at dusk, and setting in the west near dawn. The Moon will be near third quarter early next week, rising around midnight, and visible all morning. 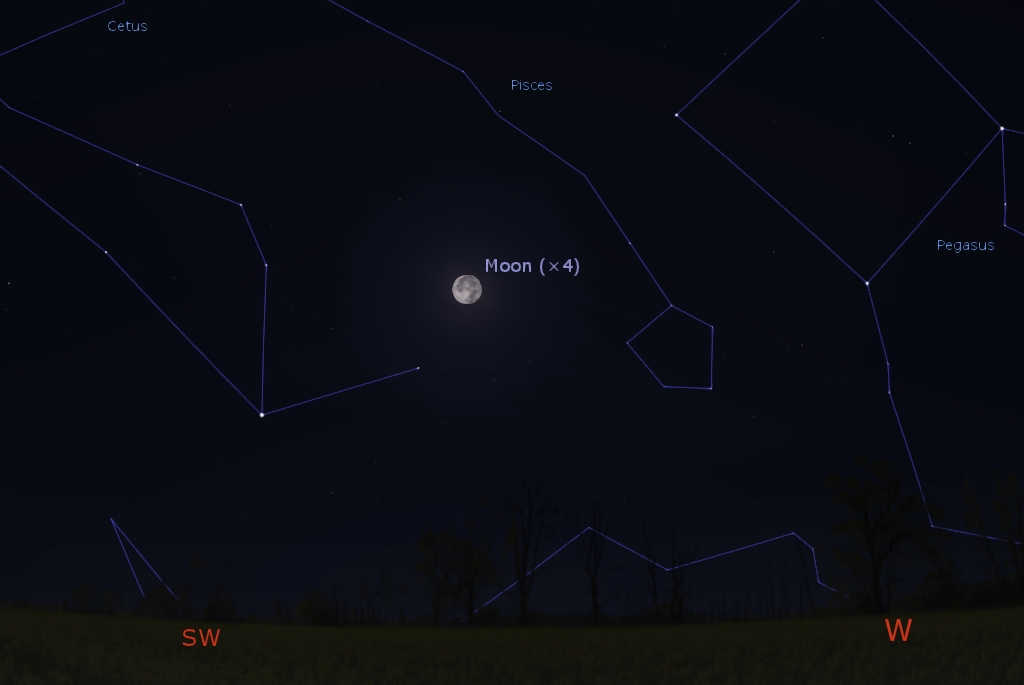 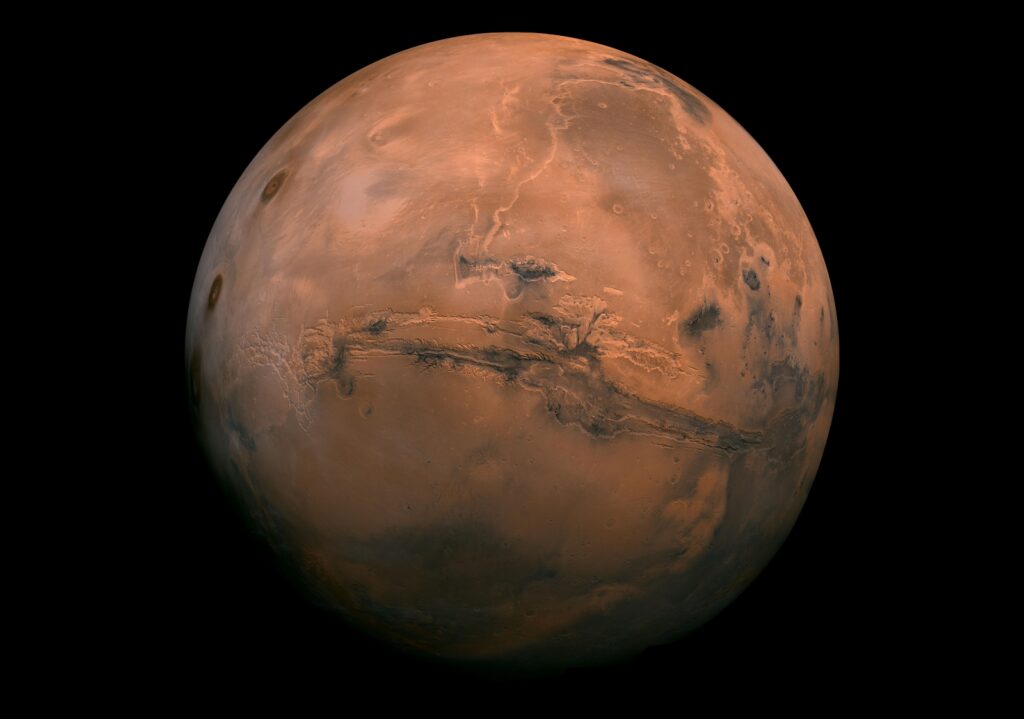 Now that the dust from the recent storm has settled, photographers are starting to get some great shots of Mars. 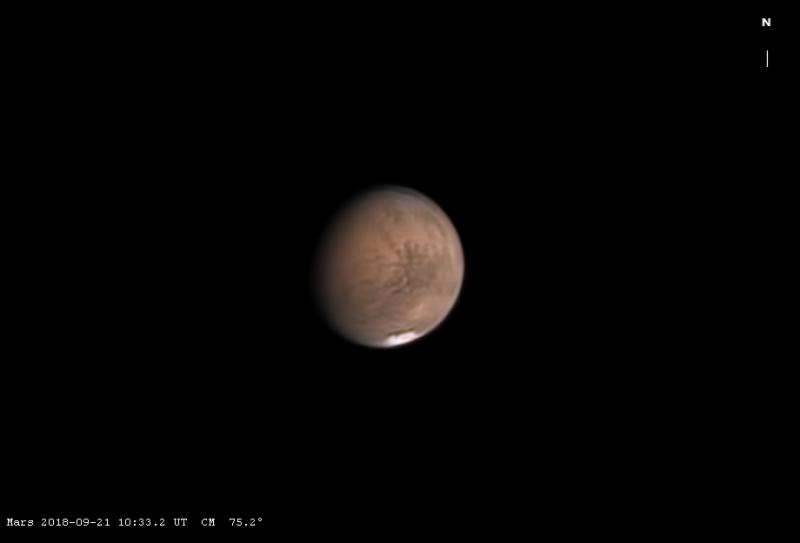 You can always catch a glimpse of Mars from orbit from the VMC – Mars Webcam on the ESA Mars Express satellite.

You can interactively explore an elevation-map and satellite-view of Mars using Google’s Mars map. 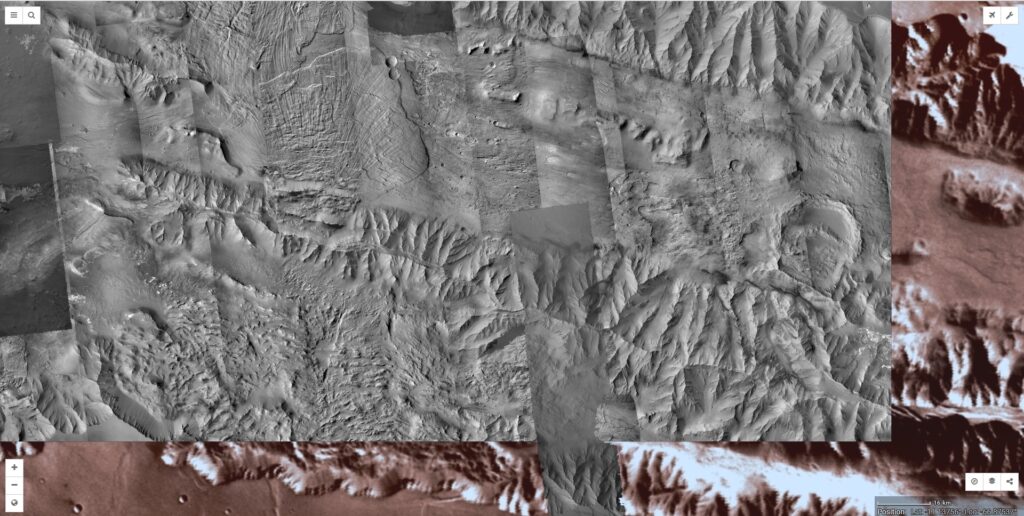 In other news, engineers at JPL have been working over the past week to solve a communication issue with the Mars Curiosity rover.

The Sun has been spot-free for 12 days. The gigantic coronal hole at the Sun’s north pole remains from last week, as does the smaller hole at the south pole; a very small hole seems to be fighting to form along the equator. The solar wind speed is 413.5 km/sec, with a density of 13.5 protons/cm3 – that’s higher than last week’s density – and THAT had been the highest density I’d seen in a while!

SpaceWeather.com says: “So far this year, the sun has been without sunspots for more than 154 days–including the last 12 days straight. To find a similar stretch of blank suns, you have to go back to 2009 when the sun was experiencing the deepest solar minimum in a century. Solar minimum has returned, bringing extra cosmic rays, long-lasting holes in the sun’s atmosphere, and strangely pink auroras.”

Some very nice, long-lasting prominences appear on the Sun’s limb – I’d love to set up my solar telescope and have a look, but it’s raining here in Michigan…

Comet 21P/Giacobini-Zinner is viewable in the eastern sky after midnight, and before dawn. The comet has moved considerably since last week, and is fading – catch a glimpse soon! 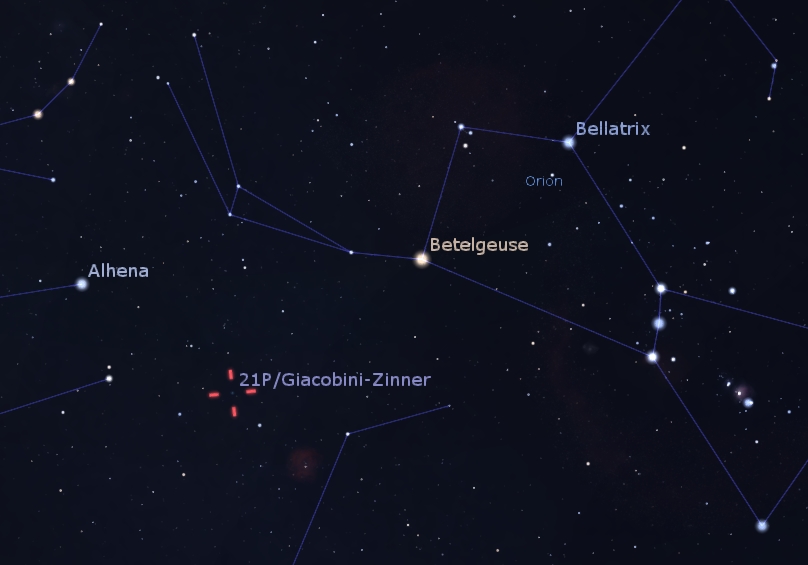 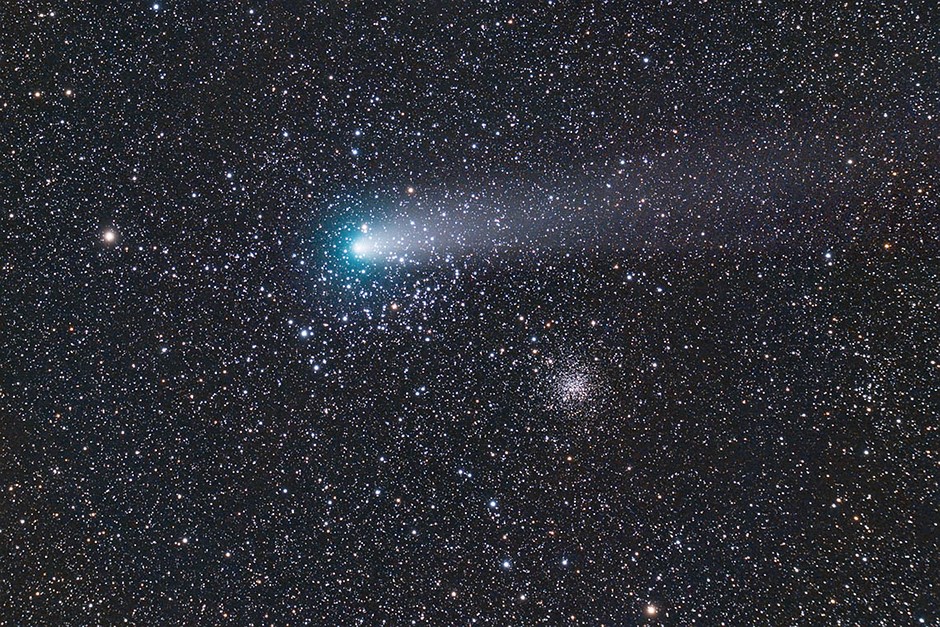 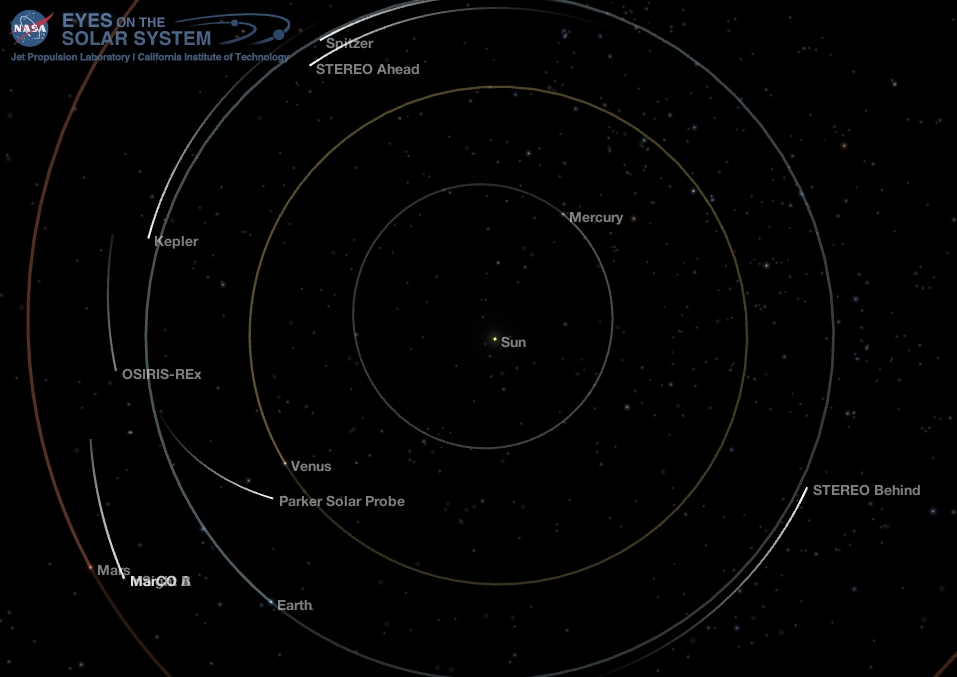 Position of the planets and several spacecraft in the inner solar system, Sept. 25, 2018. Credit: NASA Eyes on the Solar System / Bob Trembley. 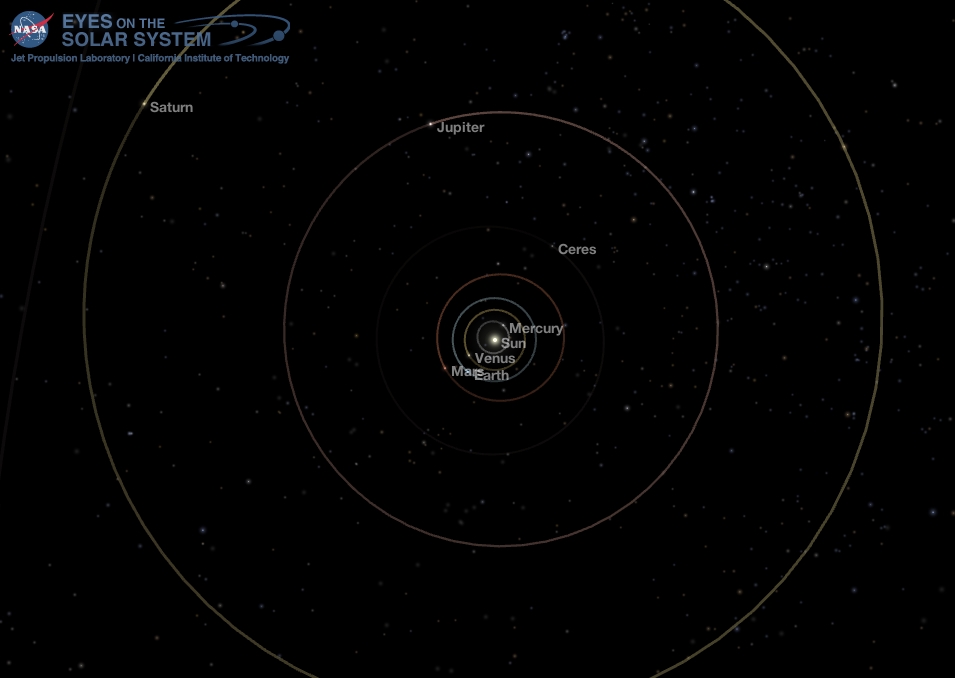 Position of the planets in the middle solar system, Sept. 25, 2018. Credit: NASA Eyes on the Solar System / Bob Trembley.

JAXA’s Hayabusa2 spacecraft made history this week – it is the first spacecraft to successfully land not one but TWO unique rovers onto the surface of an asteroid!

"I cannot find words to express how happy I am…" Y.T.

The MINERVA-II1 rovers have successfully landed on asteroid Ryugu, snapped photos & taken the first successful hop! Have a read about this world first and hear the comments from our Project Members.https://t.co/xtoIcWIT5X pic.twitter.com/AOYDhhBDe2

Asteroid fanatics (such as myself) and the NASA’s OSIRIS-REx mission are literally going crazy with excitement!

Researchers are starting to find exoplanet candidates in TESS data! I imagine this to be like that first little ball of snow, rolling down the mountain… right before starting an avalanche!

On discovery of two candidate planets in @NASA_TESS's first data, @TESSatMIT Deputy Director of Science @ProfSaraSeager @MIT said "The team is excited about what TESS might discover next. We do know that planets are out there, littering the night sky, just waiting to be found." pic.twitter.com/TbCoP2Ak84