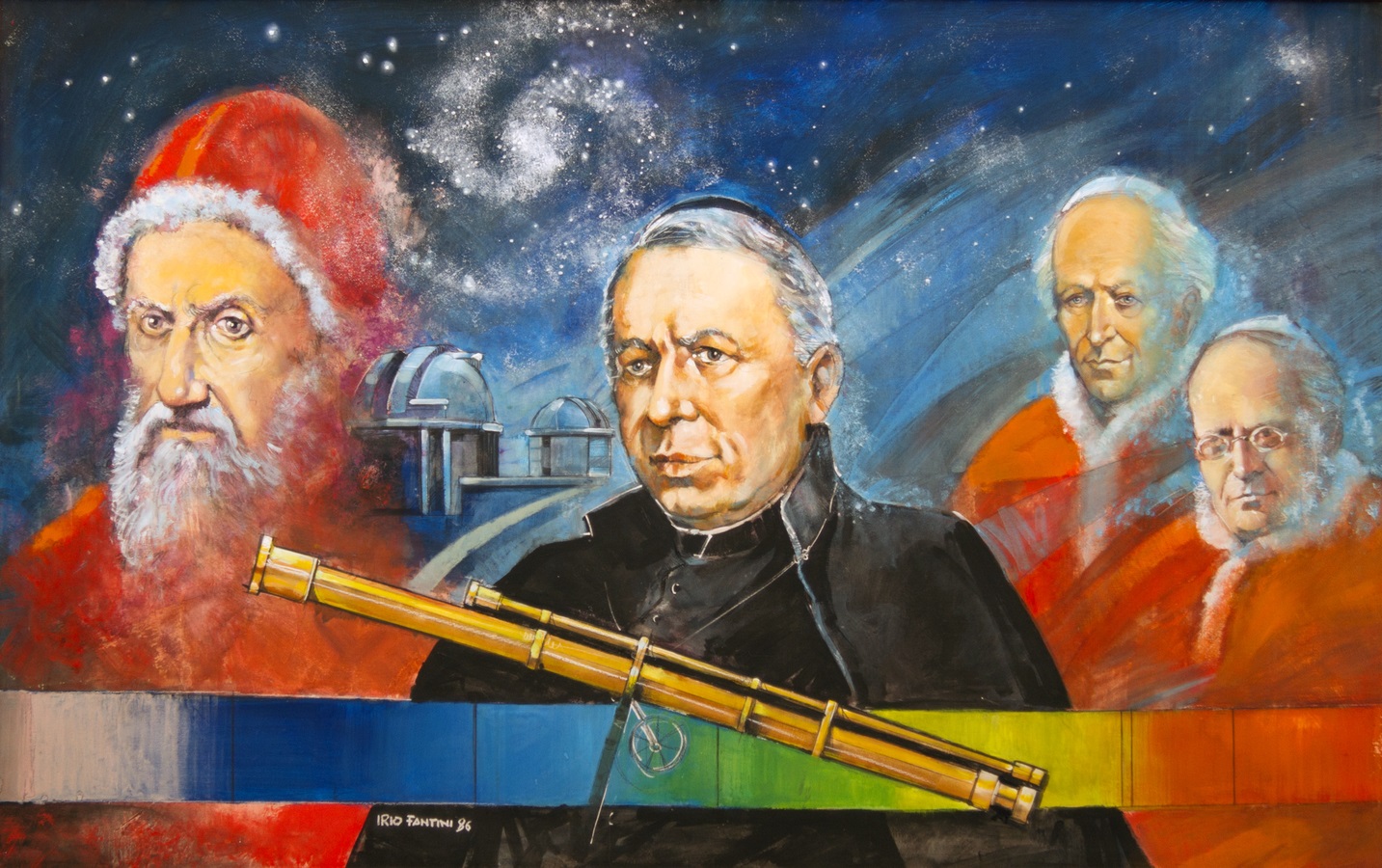 And then I wrote… here’s another entry for the Jesuit Encyclopedia, this time on the Vatican Observatory..

The Specola Vaticana (Vatican Observatory) is the official astronomical observatory of the Holy See, acting as a national observatory for the Vatican City State.

Its origins reach back to the 16th-century reform of the calendar by Pope Gregory XIII (1502 – 1585); following the instructions of the Council of Trent, he promulgated a method for keeping calendar dates in line with the seasons and determining (by a formula, rather than observation) the date of Easter and other moveable feasts. Among the astronomers working on this reform was the Jesuit mathematician at the Roman College, Christopher Clavius (1537 – 1612), who explained and defended the new calendar. Following his work, astronomy was a prominent part of the work at the Roman College for the next two hundred years.

After the suppression of the Jesuits, a Pontifical Observatory at the Roman College was formally established in 1774. Though it was not well equipped or financed at first, Pope Pius VII (1740 – 1823) provided significant support after observing a near-total solar eclipse there in 1804. With the restoration of the Jesuits in the early 19th century, astronomical research returned to the Roman College.

Its most notable astronomer was Angelo Secchi (1818 – 1878), the first to classify stars by their spectra. In parallel with the observatory at the Roman College, the Popes also had a separate astronomical observatory on the Capitoline Hill, expanded in 1848 by Pope Pius IX (1792 – 1878), which collected data on stellar positions, the orbits of solar system objects, and the solar chromosphere. The unification of Italy in 1870 led to the confiscation of these observatories by the anti-clerical Italian government; however, because of his reputation, Secchi was allowed to continue his work until his death in 1878.

In 1891 Pope Leo XIII established the Specola Vaticana as an astronomical research center at the Vatican. Telescopes were built on the walls surrounding the gardens behind St. Peter’s, and instruments were installed in the Tower of the Winds atop the Vatican Library. Pope Leo’s reasons were straightforward: “This plan is simply that everyone might see clearly that the Church and her Pastors are not opposed to true and solid science, whether human or divine, but that they embrace it, encourage it, and promote it with the fullest possible dedication.” Having such a national observatory also served as a sign of the Vatican’s independence from Italy.

The first project of the new Vatican Observatory was to take part in the Carte du Ciel program, a major international activity organized by the Paris Observatory to map the positions of the stars using large telescopic cameras. This work was begun by Giuseppe Lais (1845-1921) and the first Jesuit director, Johann Hagen (1847-1930).

In the 1930’s, under the new director Johan Stein (1871-1951), the observatory moved to the Pope’s summer home in the hills of Castel Gandolfo to escape Rome’s light pollution. Two new telescopes were constructed on the roof of the Papal Summer Palace in 1934 and Pope Pius XI dedicated the new facility in 1935. At the time of the move, the staffing of the Observatory was entrusted to the Jesuits.

Among the features of the new site was room for a large meteorite collection, from which a catalog of meteorite physical properties has been established, and a laboratory to study the spectra of pure metals needed for interpreting the composition of stars from their spectra. In addition, the Vatican Observatory has developed an active program in studying the history and philosophy of science and the relationship between astronomy, philosophy, and religion.

When city lights eventually reached Castel Gandolfo itself, observing was transferred to the deserts of southern Arizona. There in 1993 the Vatican Observatory opened its Vatican Advanced Technology Telescope, pioneering revolutionary design techniques now in use at many of the world’s largest telescopes. In 2009, the Vatican provided the observatory with newly-remodeled headquarters and expanded laboratory facilities in the Papal summer gardens at Castel Gandolfo; these new facilities were personally dedicated by Pope Benedict XVI.

Research today continues in Arizona and Castel Gandolfo, in fields ranging from The Big Bang to the structure of galaxies, from mapping stars in our Milky Way to understanding meteors and meteorites in our own solar system. Vatican astronomers, an international community drawn from Europe, Africa, Asia, and the Americas, have collaborated with astronomers from every major observatory. Several Vatican astronomers have been elected to leadership positions in a number of international astronomical organizations, including the presidency of divisions of the International Astronomical Union and the American Astronomical Society.

In summary, the Vatican supports an Observatory, and asks the Jesuits to staff it with astronomers, in order to show the world in a visible way that it does not fear science but rather embraces it. This follows the long tradition of seeing knowledge of the created world as a path to the Creator.