Outshone by his big brother Copernicus, seen here in the lower left, the sizeable crater, Eratosthenes (diameter 60km) is nevertheless a very interesting crater with nicely terraced walls, a good central peak cluster and a tight herringbone ejecta blanket surrounding the crater. Seen here Eratosthenes forms a southern anchor to the Montes Apenninus. Between Eratosthenes and Copernicus is an eye catching string of secondary craters from the Copernicus impact event. It takes at least a 3″ telescope to make them out clearly and the right lighting. At the south end of this string is a large ghost crater, Stadius (70km) which stands between Sinus Aestuum to the east (southeast of Eratosthenes) and Mare Insularum below Copernicus to the southwest.

On the opposite side of Eratosthenes from Stadius is another ghost crater sitting out in Mare Imbrium. This is Wallace (27km) with a more complete rim on the west side than the east. Notice the twin satellite craters below it Eratosthenes A and B (6 & 5 km respectively), small craters to be sure but nowhere near the limit for this image! 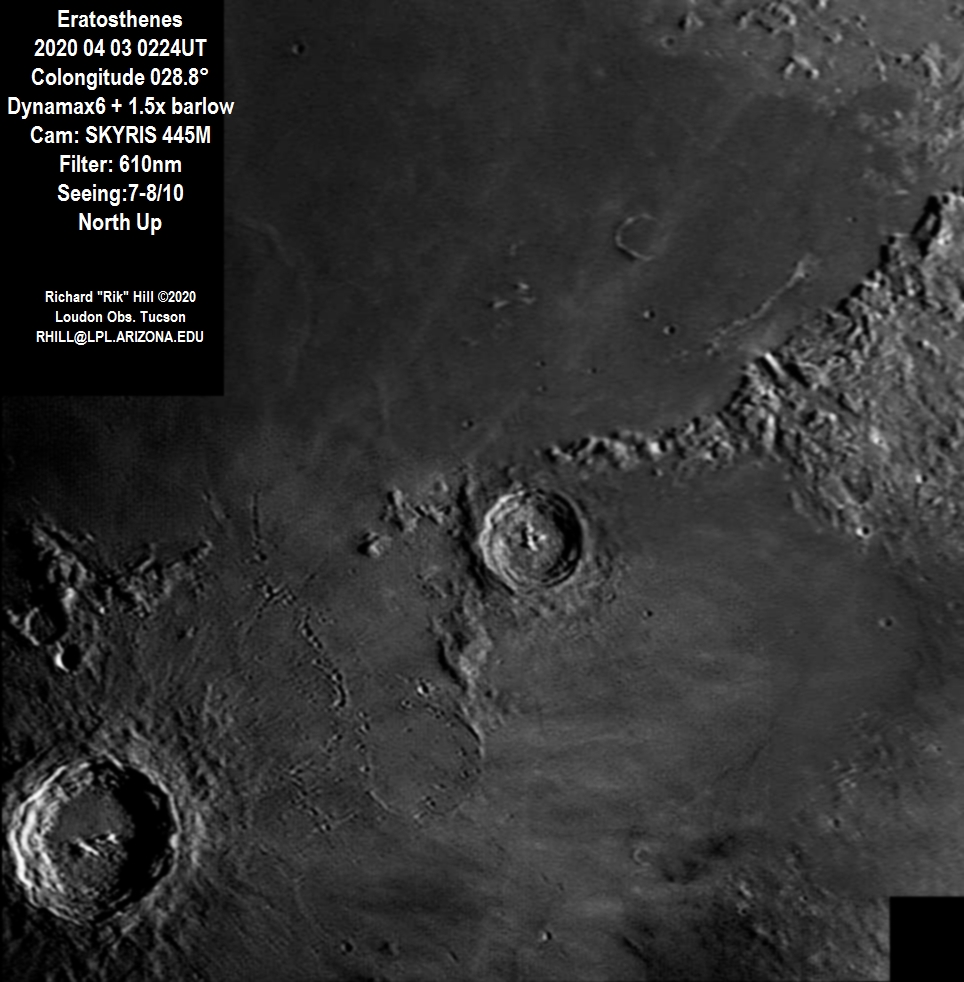