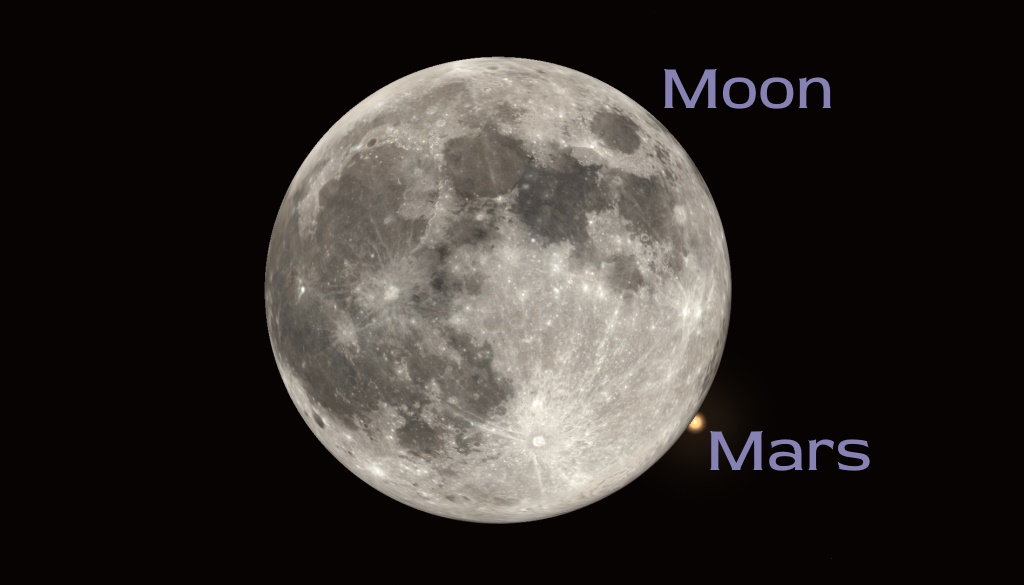 The full Moon will pass in front of the planet Mars, in a event called an occultation on Dec. 7th! The event will be visible across much of North America and Europe. From my location in southeastern Michigan, Mars will begin its disappearance behind the Moon at 22:20 EST; its reappearance will start at 23:13 EST.

Movie: Naked-eye, binocular and telescopic view of our Moon passing in front of Mars on Dec. 7

Image: This map shows the visibility of the lunar occultation of Mars on December 7, 2022, local U.S. time (December 8 Universal Time). The teal ovals are where the event happens at moonrise (where it can be seen toward the west) or moonset (where it can be seen toward the east). The dark blue lines are where it happens at twilight. And the white line is where it’s completely visible at night. Credit: Rob Robinson, using Occult software written by David Herald/International Occultation Timing Association

Mars is within a week of its closest approach to Earth, and is brighter than every star in the sky; moderate-sized telescopes should reveal surface details and a large polar ice cap.