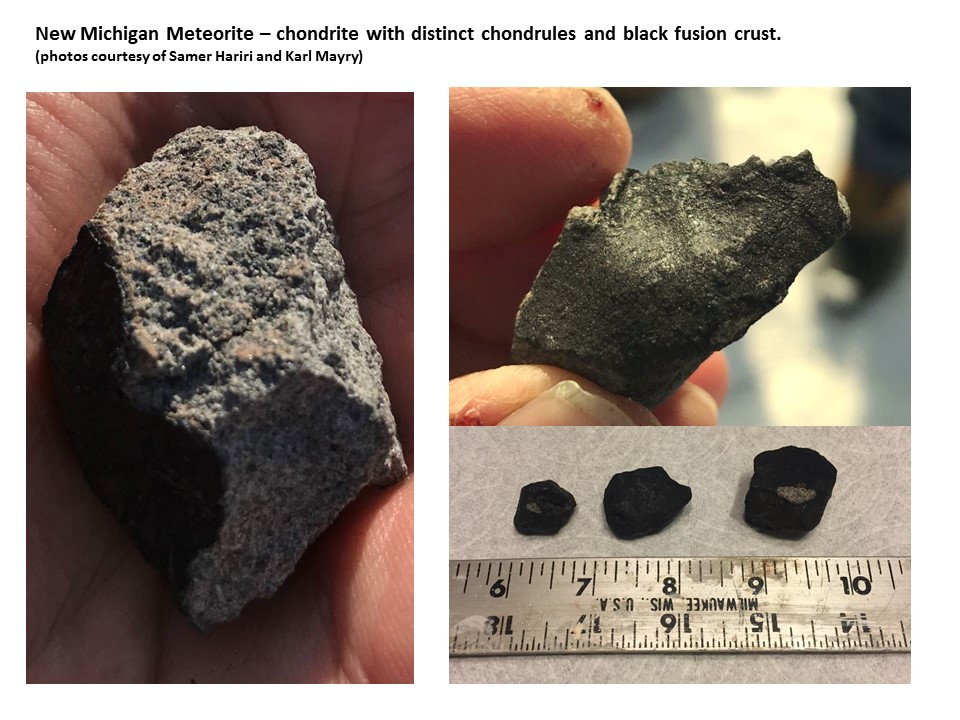 For several days after the bolide exploded over southeastern Michigan, amateur and professional meteorite hunters have been combing the Hamburg area and finding pieces from the Jan 16th fall. Lakes in the area have been heavily searched, and the pros have dredged the lake ice surfaces using a small tractor pulled sieve.

The American Meteor Society has posted several images of smiling hunters with their finds on Facebook and Twitter:

We are happy and excited to report, two meteorites from the Jan 16th fall have been found in Michigan today. Congratulations to Robert Ward and Larry Atkins on the first two reported finds.https://t.co/owanBvLM0Q pic.twitter.com/HUVQFelTEj

Several more meteorites were found in Michigan yesterday. Here are some pictures from the field. Thanks to Chris Cooper and Fred McPherson for sharing.
AMS Event: https://t.co/owanBvLM0Q pic.twitter.com/VjRR3bDEGp

I got this photo from Cranbrook Institute of Science:

Cranbrook held a spur-of-the-moment “popup event” on Saturday the 20th; the public was invited to bring in suspected meteorites they had found, and Cranbrook geologists would let you know if it was a meteorite or a meteor-wrong. 419 people showed up, many of them at the start of the 1:00 PM event. John Zawiskie, Curator of Earth and life sciences at Cranbrook confirmed several small meteorites from the Hamburg fall, as well as all sorts of rocks, slag, concrete and a couple iron meteorites from the Campo del Cielo fall.

The meteorites are chondrites with a black fusion crust, some regmaglypts, distinct chondrules, and a strong attraction to a magnet. -John Zawiskie, Cranbrook Institute of Science

Chondrites: a type of stony (non-metallic) meteorite.
Chondrules: small round grains found in chondrites. They form as molten or partially molten droplets in space before being accreted to their parent bodies.
Fusion crust: a thin glassy coating, usually black, that forms on the surface of a meteorite by heating due to friction with the Earth’s atmosphere.
Regmaglypts: thumbprint like impressions on the surface of some meteorites that form by ablation of material during atmospheric flight.

Below is a frame from a video showing the orbit of the Hamburg Michigan’s parent meteoroid: 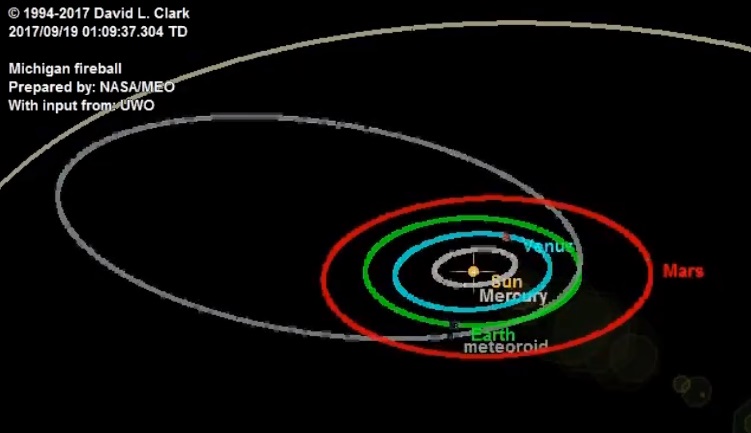 Like many of these objects, they spend long periods of time way out in the main asteroid belt, before falling inwards toward the inner solar system – and picking up speed as the go. They usually round the Sun and head back outward, but this time the Earth got in its way. The meteoroid entered the Earth’s atmosphere going 36,000 miles per hour, and at a very steep angle! Estimates of the meteoroid’s size range from one to a couple yards across. 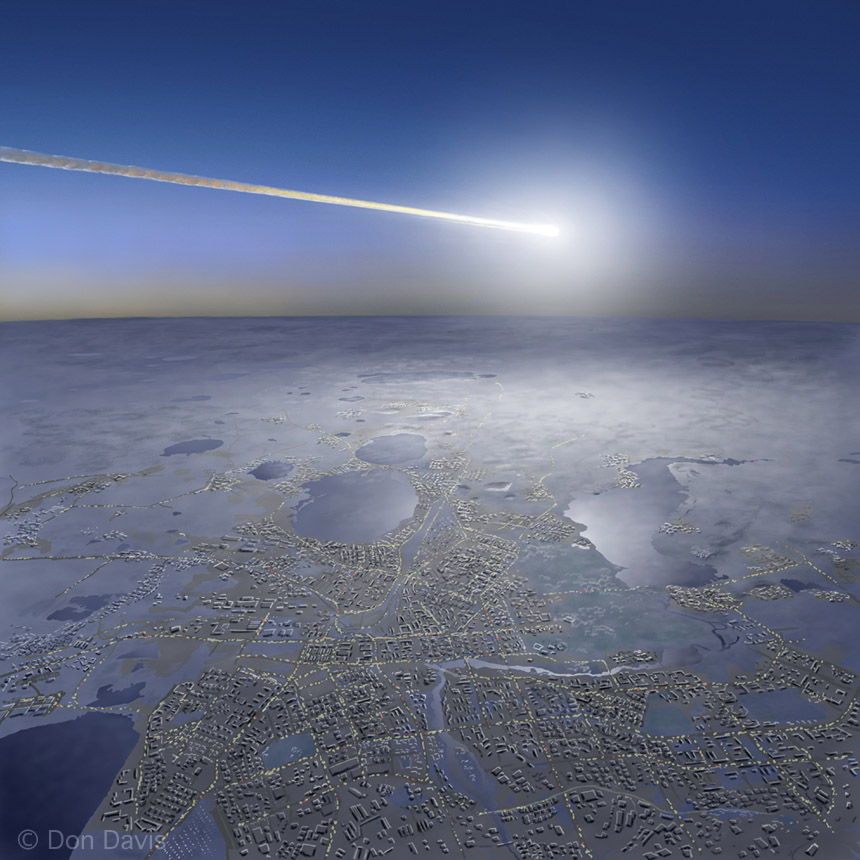