This is a crowded highland region on the moon east of Tycho and Clavius. The large crater on the terminator with the great dramatic shadows on is floor is Maginus (168km diameter) with its tiny offset central peaks. Below center is a crater with a pronounced central peak, Lilus (63km) and to the lower right of it is Jacobi (70km) with a bunch of secondary craters on its floor. In the upper right corner of this image is half of the large crater Maurolycus (117km). Notice the crater to the left, Faraday (71km). On the lower left crater wall is a particularly polygonal crater Faraday C (30km) with a curious floor infilled with ejecta from another nearby impact. The concentric depression on the left (west) side of this crater consists of at least 3 merged craters again overlain by ejecta looking like thumbprints in the lunar surface. Moving south from Maurolycus is the crater Barocius (85km) with a curious upper right rim, worthy of some investigation at different illuminations. Going even further south is a smaller crater, Breislak (51km) and just south of that is Baco (71km).

Near the center of the image is another large flat floored crater Cuvier (77km) and just to the left of this crater is the star of the show, a crater called Heraclitus. It is the elongated depression with a long central mountain chain or ridge, a large crater on the north, Licetus (77km) and a smaller crater on the lower end, Heraclitus D (52km). This feature stands out when you run across it with your telescope. It is thought to be several craters merged in some fashion. There is nothing else on the Moon like it. There is a bizarre feature on the floor of Heraclitus D that consists of some deposited material in a mound with fragments of two smaller crater walls that create a spiral form on the southwest quadrant of the crater floor! Lots of strange topography in this area!! 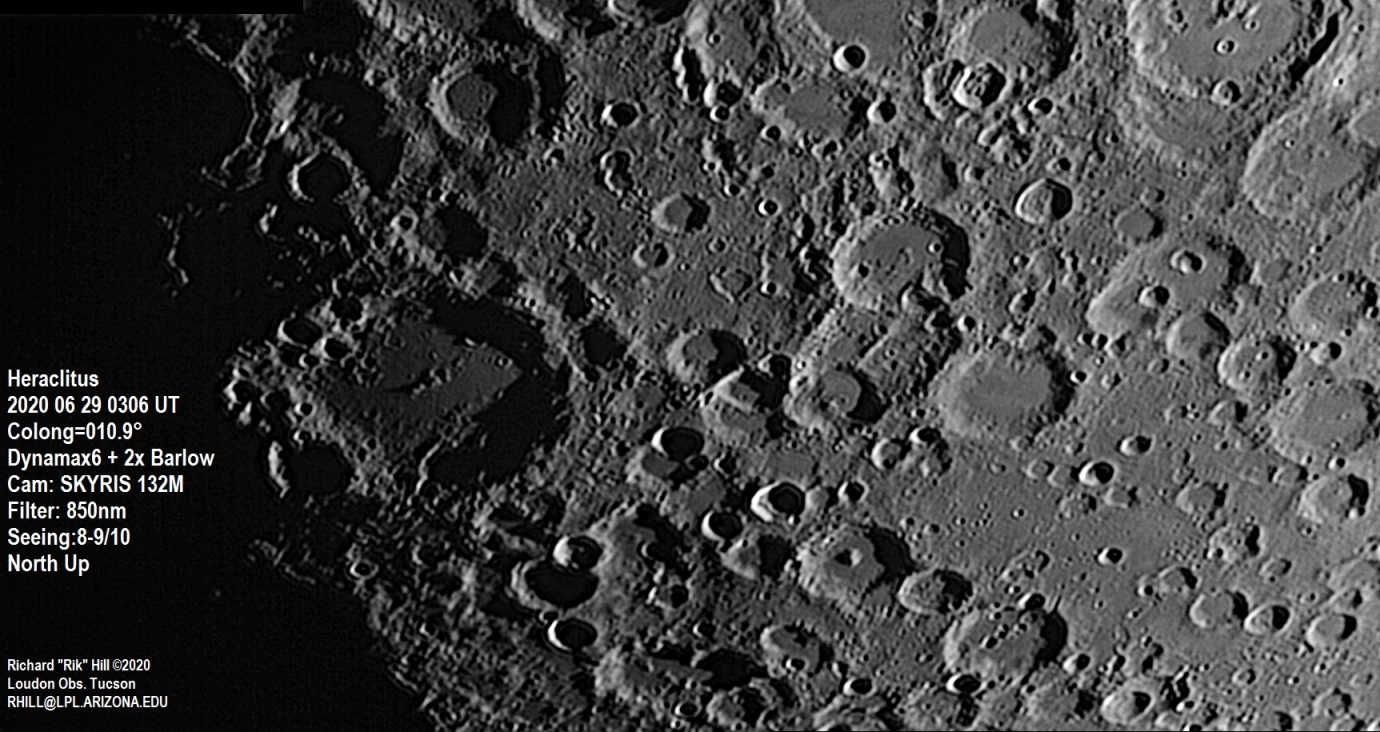