North of Theophilus, in the lower left corner of this image, is Sinus Asperitatis running diagonally across this image, with the pear-shaped crater Torricelli in the middle. The crater is listed as 24km diameter which refers to the larger portion with extension adding a few more kilometers to the west. This odd shape is due to the merge of two impacts though the wall between the two is very low step. It sits on the northern edge of an unnamed ancient flooded crater some 90km across whose walls can be made out in this low angle sunset lighting. Near the bottom middle of this image is the shadow filled crater Isidorus (43km) that appears pear-shaped as well. Note how the mountains around Isidorus are soft looking, overlain by ejecta from the tremendous Theophilus impact. Compare them to the peaks north of Torricelli. You will see at the top edge of the image the crater Maskalyne (26km) and left *(west) of it is the small crater Moltke (7km) with Rimae Hypatia just south of it. It was just beyond this point, on the north edge of this image where Tranquility Base of Apollo 11 was established. Above Isidorus is yet another pear-shaped crater that points back at Isidorus. This is Isidorus B (30km) and to the left (west) of it is a very curious trench-like feature labeled Isidorus C. It’s about 5km wide and 15km long and in LROC Quick Map images looks like a large footprint! It is the result of multiple impacts and later modification from slumping and possibly some volcanic activity. It makes a good study on the best nights with an aperature of 150mm or more. 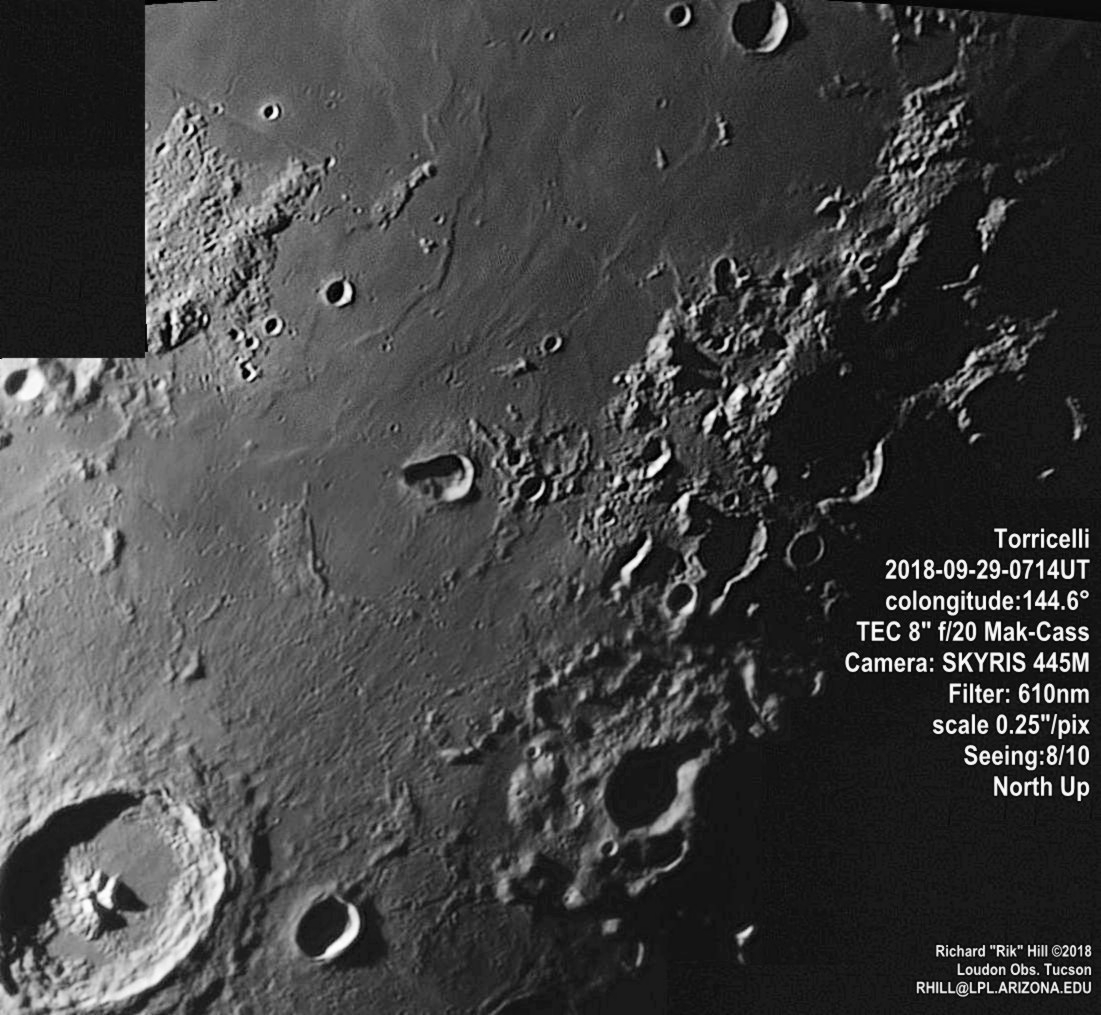