The Dawn spacecraft has reached its Low Altitude Mapping Orbit (LAMO) above dwarf planet Ceres, and is preparing for new observations with its gamma ray and neutron detector (GRaND). Energies and numbers of these two components of nuclear radiation will be measured using this instrument on December 18th; scientists will use this data to determine the abundances of some elements on Ceres. In the days before the GRaND observations start, Dawn will take more photographs of Ceres, and do some infrared spectroscopy.

I have reached my final orbital altitude! 240 mi (385 km) from #Ceres pic.twitter.com/yUWFsPaxj9 https://t.co/sfBXnsQZPq

In the image below, Occator Crater, containing the brightest area on Ceres, is shown inset at top left; Oxo Crater, the second-brightest feature on Ceres, is at the top right. Diffuse hazes were identified at both Occator and Oxo craters; these hazes appear when the sun shines on these craters, likely from the sublimation of ice. In a tweet, Dawn mission scientists said they believe Occator crater to be 78 million years old – making it one of the youngest features on Ceres.

The inset at the bottom shows a typical Ceres crater with bright material with no remaining ices. This bright material is consistent with a type of magnesium sulfate called hexahydrite – similar to Epsom salt on Earth. These mineral salts may have once been mixed with water ice, which sublimated away over time. 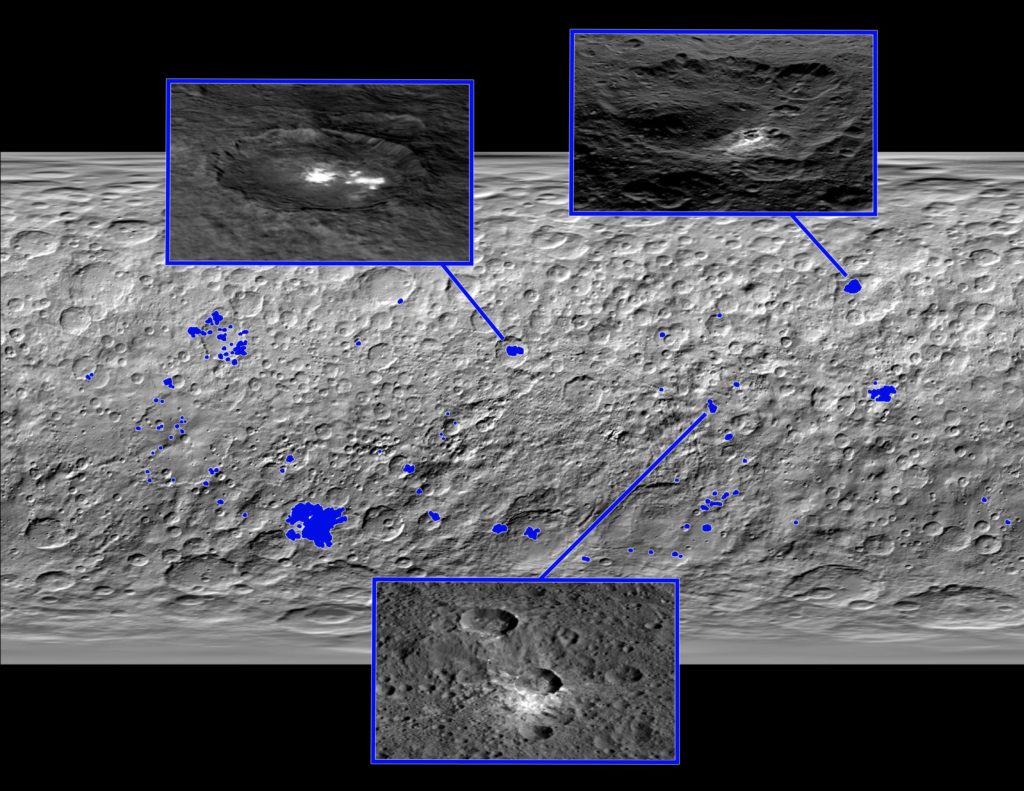 Map of Ceres, made from images taken by NASA’s Dawn spacecraft, showing the locations of about 130 bright areas across the dwarf planet’s surface, highlighted in blue. Credit: NASA/JPL-Caltech/UCLA/MPS/DLR/IDA

Evidence for ammonia-rich clays has been found on Ceres using Dawn’s visible and infrared mapping spectrometer. Ceres is too warm for ammonia ice to exist there, but ammonia could be stable if chemically bound with other minerals. Because of the existence of ammonia-bearing compounds on Ceres, it is thought that Ceres did not originate within the main asteroid belt, but rather formed in the outer solar system where ammonia and nitrogen were abundant.

On the 18th, Dawn will also be making “gravity maps” of Ceres using an estimation technique called mass concentration – which utilizes Doppler shifts in the spacecraft’s radio signals to measure gravitational perturbations. 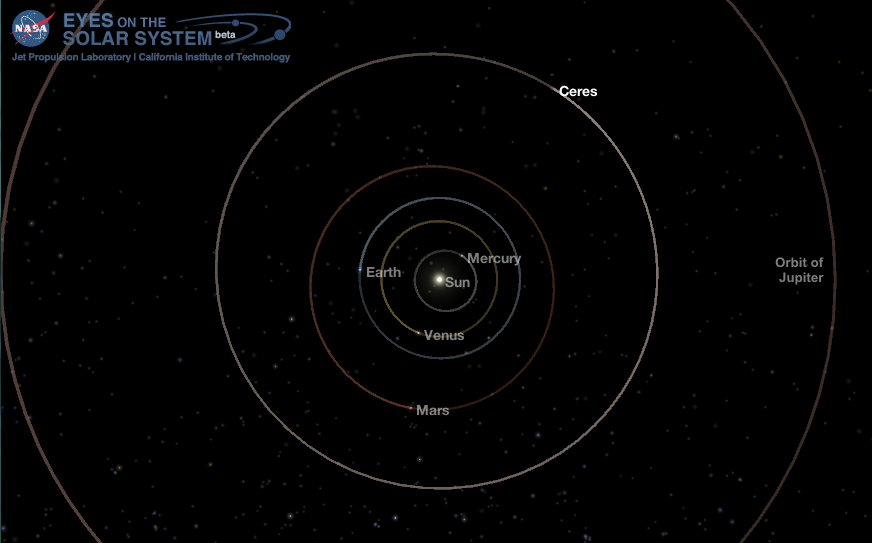 Positions of the planets of the inner solar system, and Ceres on 15 Dec 2015. Image created with NASA Eyes on the Solar System App. 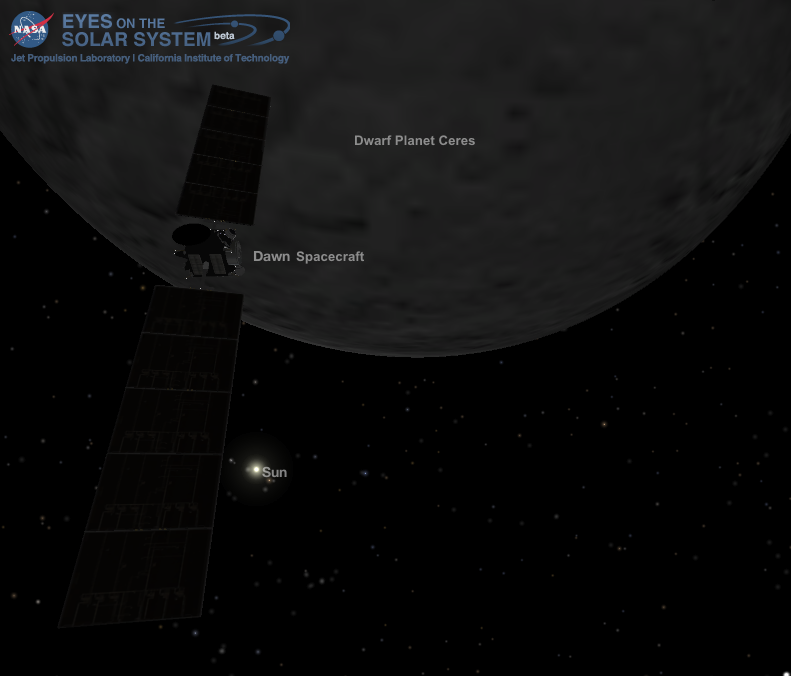 Visualization of the Dawn spacecraft at its Low Altitude Mapping Orbit (LAMO). Image created with NASA Eyes on the Solar System App.