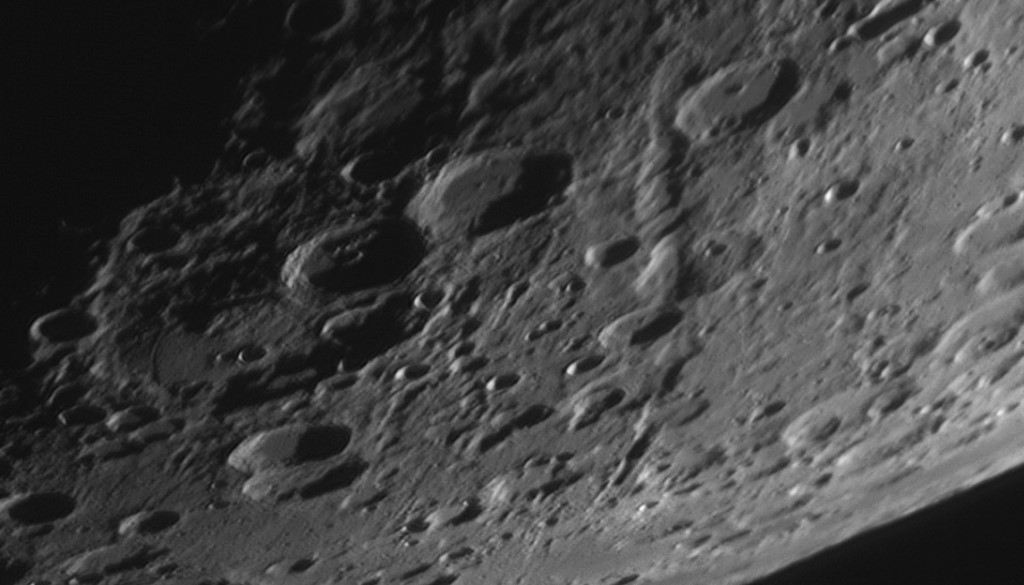 The area on either side of the crater Metius (90km diameter) seen near center in this image, is complex and fascinating. To the right is the obvious Vallis Rheita, formed when ejecta from the Mare Nectaris impact created a line of over a dozen craters. The crater Rheita (71km) itself can be seen at the top of this line in the image with it’s little central peak. Some lunar researchers see Vallis Rheita as two separate but overlapping troughs as evidenced by the bend in the middle with the farther portion coming from the impact of Nectaris that it points back to, while the western portion (nearer the terminator) points south of the Mare on a line with Fracastorius and Theophilus. Before we move on, notice the odd crater to the right of Rheita, Rheita E, obviously formed from 4 or 5 craters being merged.

To the immediate left of Metius is a slightly smaller crater Fabricius (80km) known for the odd ridge of mountains on the its floor to one side of the central peak, the tops of which are just catching the early morning sunlight here. This ridge may be the remnants of an ancient crater wall that was destroyed by later impacts but this is speculation. The walls of Fabricius have slumped to a large degree, onto the crater floor and make for interesting exploration under slightly higher sunlight. Fabricius sits on the floor of a much larger oblong crater (probably the result of another merger) Janssen (196km) with long curvilinear rimae on its floor, the Rimae Janssen. These rimae are unusual in that they are the only known rimae in the lunar highlands. Lastly below Janssen are twin craters, Steinheil (70km) and farther on Watt (68km) another crater with slumping cause by the proximity of the Steinheil impact. 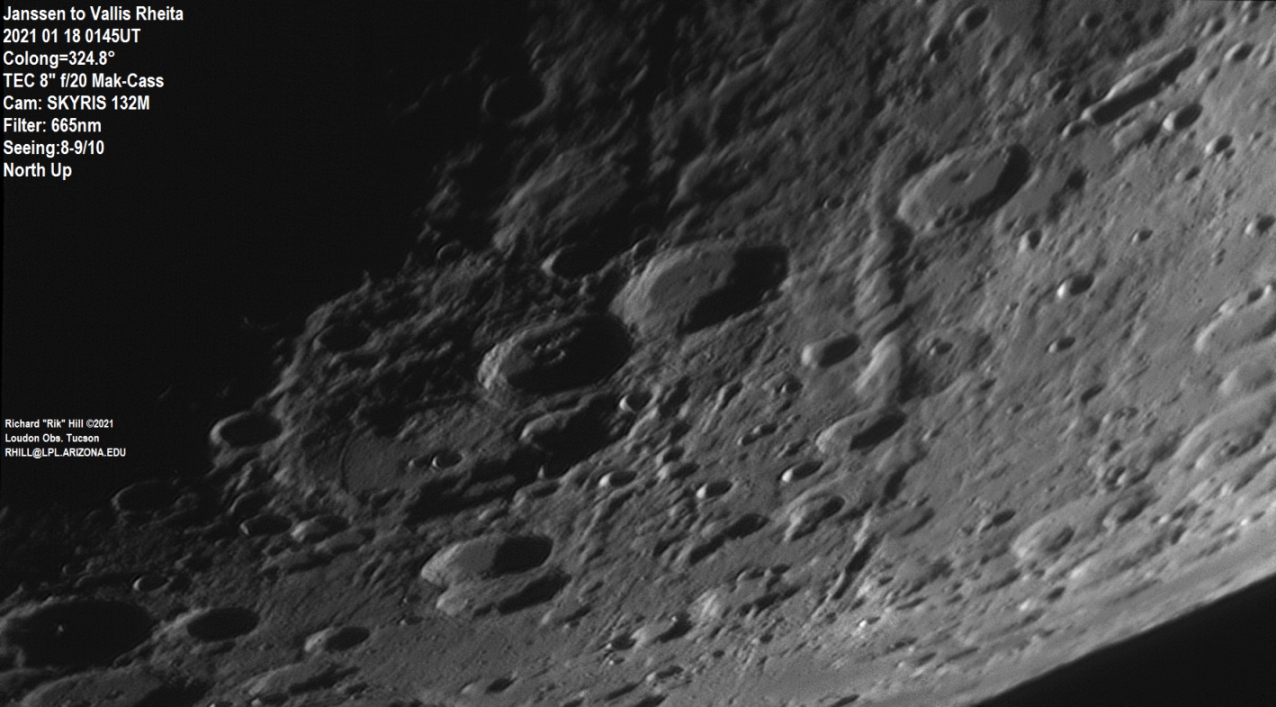