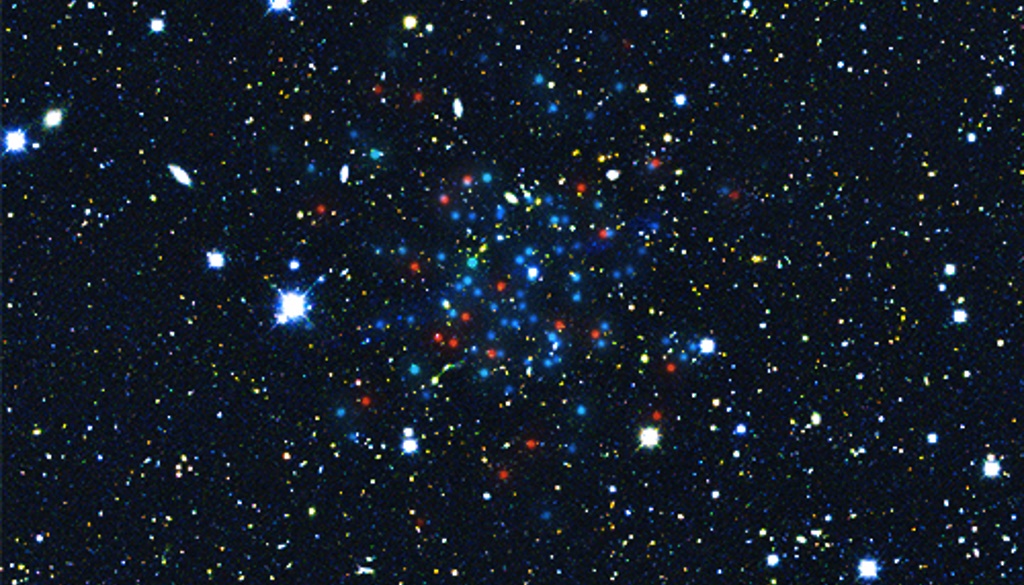 Fr. Richard D’Souza SJ is part of a team of astronomers led by Prof. Eric Bell at the University of Michigan who have been granted time on the Hubble Space Telescope. Their project will search for ultra-faint dwarf galaxies candidates in external galaxies and compare them to those found in the Milky Way.

This comparison will allow astronomers to understand how the particular history of the Milky Way affects the properties of ultra-faint dwarf galaxies which are ideal probes of the nature of dark matter and the role of feedback and reionization in the early universe.

Image: The Dark Energy Survey uses the Auxiliary Telescopes at the Paranal Observatory in the Atacama Desert in Chile. Six ultra-faint galaxies are present in this image. The Magellanic Clouds can also be seen on the sky. The insets, each 13 x 13 arcminutes on the sky (or 3,000 by 3,000 pixels in the Dark Energy Camera) show images of the three most visible objects: Eridanus 1, Horologium 1 and Pictoris 1.
V. Belokurov, S. Koposov (Institute of Astrophysics, Cambridge).

A dwarf galaxy is a small galaxy composed of about 1000 up to several billion stars, as compared to the Milky Way’s 200–400 billion stars.

Dwarf galaxies are the most abundant type of galaxy in the universe but are difficult to detect due to their low luminosity, low mass and small size. They are most commonly found in galaxy clusters, often as companions to larger galaxies

COSMOS – The SAO Encyclopedia of Astronomy