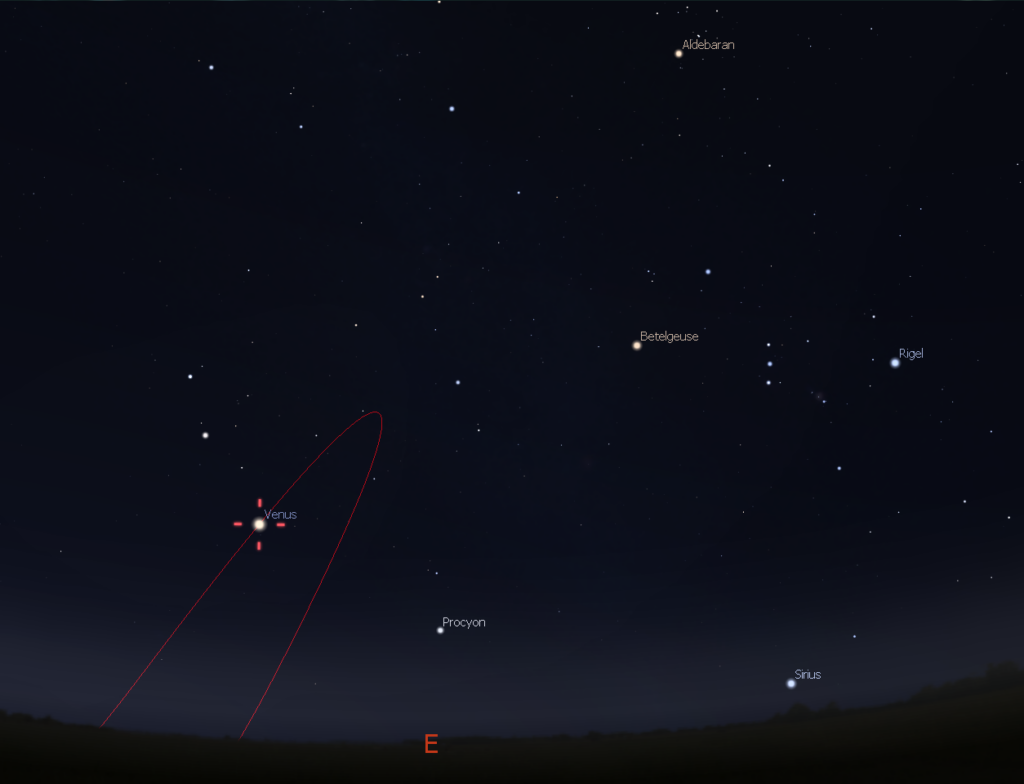 Jupiter sets shortly after dusk and will vanish from view entirely in a early September. Saturn is high in the southern sky, and with the planet’s northern hemisphere tilted towards us at about 26°, Saturn is just a spectacular observing target.

The Moon, fresh from the eclipse, will be in conjunction with Jupiter in the west at dusk on August 24th and 25th.

The Moon will be a waxing crescent in the west at dusk, growing larger each evening until it is at first quarter on August 28th; the later part of this week will be excellent nights for star parties. 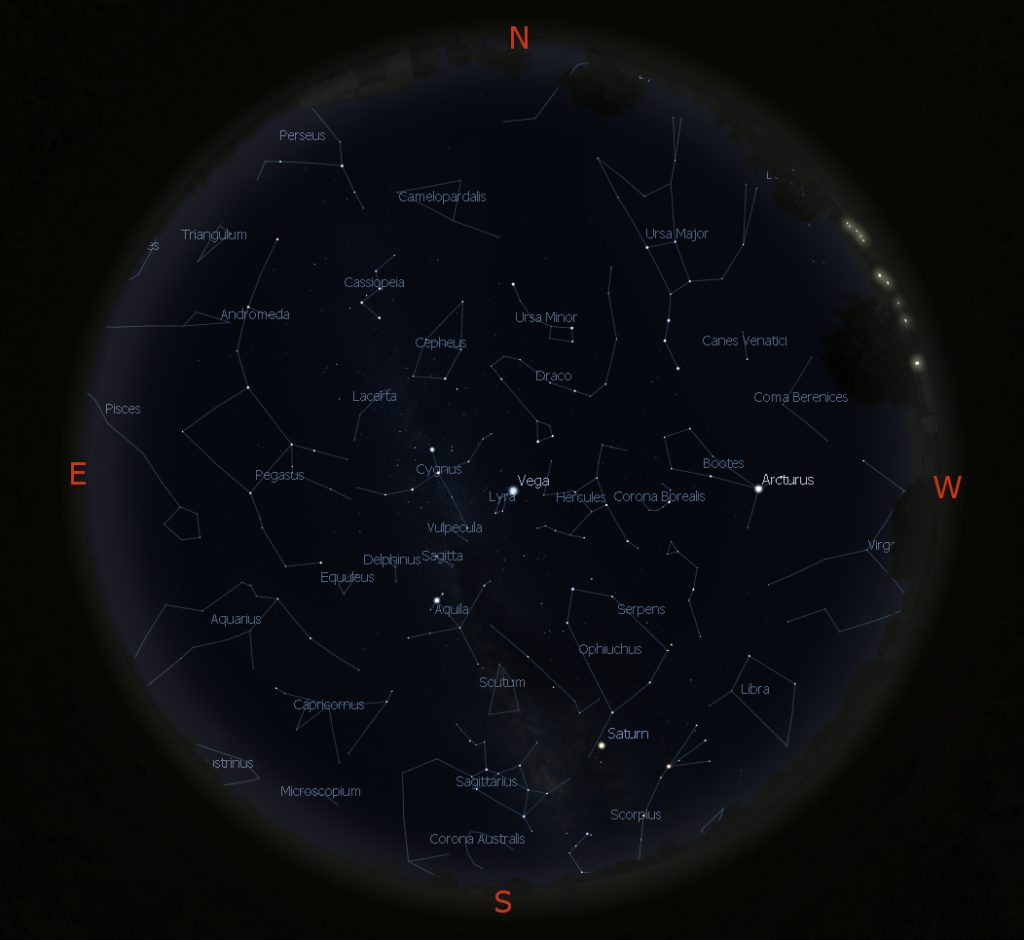 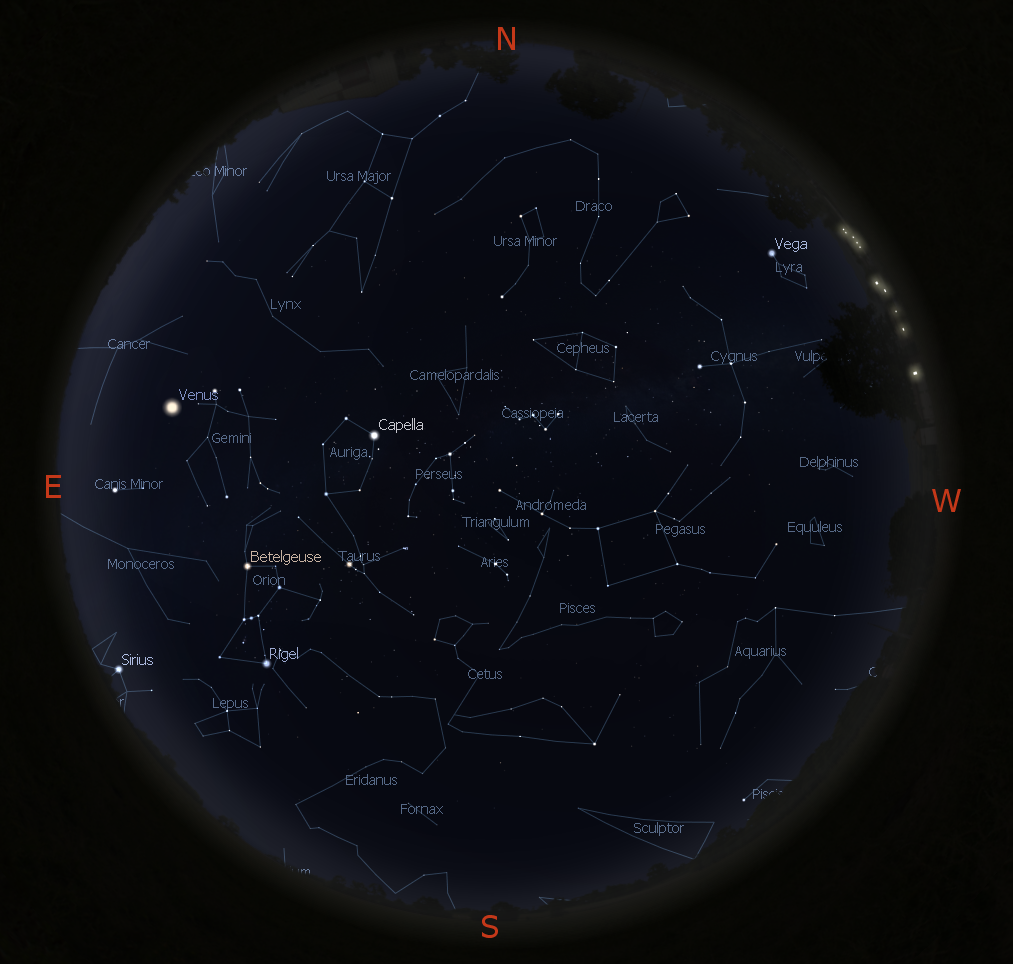 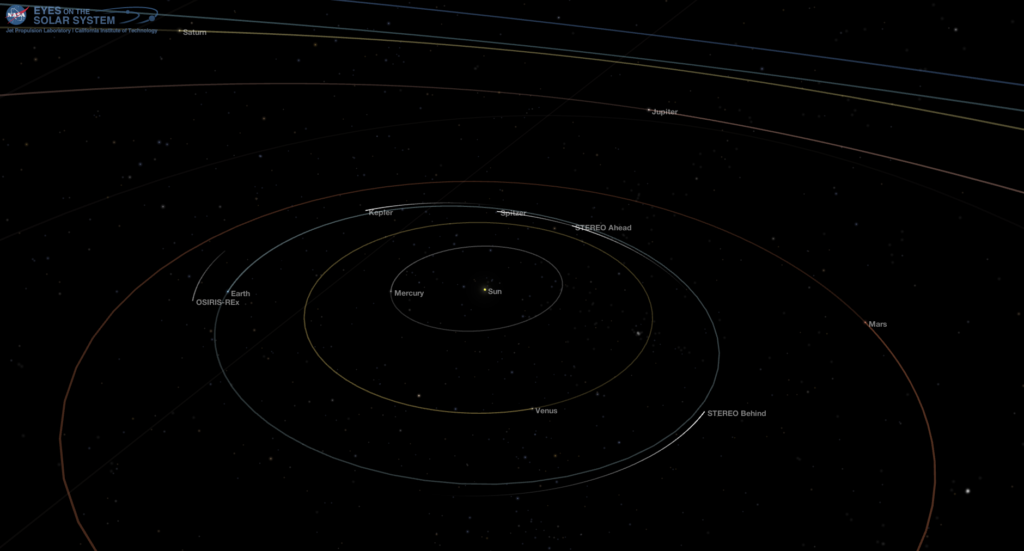 Sirius, the brightest star in Earth’s sky, is a binary star system about 8.6 light years away. Sirius A is a bright and hot main sequence star, with a faint white dwarf companion: Sirius B. Sirius A is class A0 star about twice the mass of the Sun, 25 times as luminous as the Sun, and with a much higher surface temperature than the Sun.

I am STILL coming down from the eclipse; my wife and I set up at Chesterfield Michigan’s Brandenburg park –
we set up our telescopes with a couple tents next to them, where my wife laid out my meteorites. The view of the bay was just beautiful.

I gave two presentations about the Sun in the clubhouse nearby, and my daughter and son-in-law helped with our telescopes – which had a 50 foot line the entire eclipse! As soon as my wife was set up she was set upon by hordes of people, and stayed that way continuously; she didn’t get to see the eclipse until about 2:30 PM – when the eclipse was at maximum for us. About 80% of the Sun was covered at maximum for us; several people in line for the ‘scopes mentioned that it appeared dimmer.

We got scores of “Oh WOWs” from people looking through our telescopes; there were some great sunspot groups too – they showed up really well in my 8 inch Dobsonian telescope. It was a party atmosphere, and from what I’ve been hearing, it was like that around the country: an event that unified the country for a day. We’re happy to have been a part of it!

A picture of my telescope made the Macomb Daily newspaper and website: http://www.macombdaily.com/general-news/20170821/eclipse-descends-on-macomb-county 🙂

The Voice News posted this series of pictures: http://media.voicenews.com/2017/08/21/photos-solar-eclipse-viewing-party-in-chesterfield-township/#17

My wife posted this set of pics: