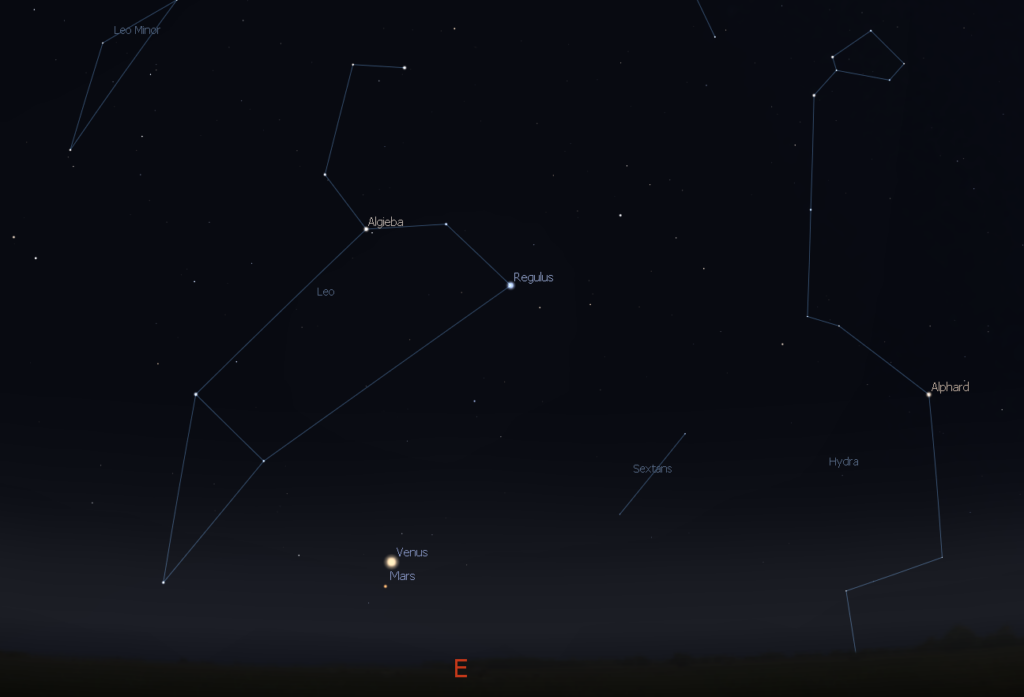 Venus and Mars will appear close together, low in the eastern predawn sky, all week long.

As I was seeing my wife off to work early this morning, she looked up and exclaimed “Oh WOW!” It was an exceptionally clear morning, and the skies appeared crisp and bright; the winter stars of Taurus, Orion, and Canis Major shone brightly. 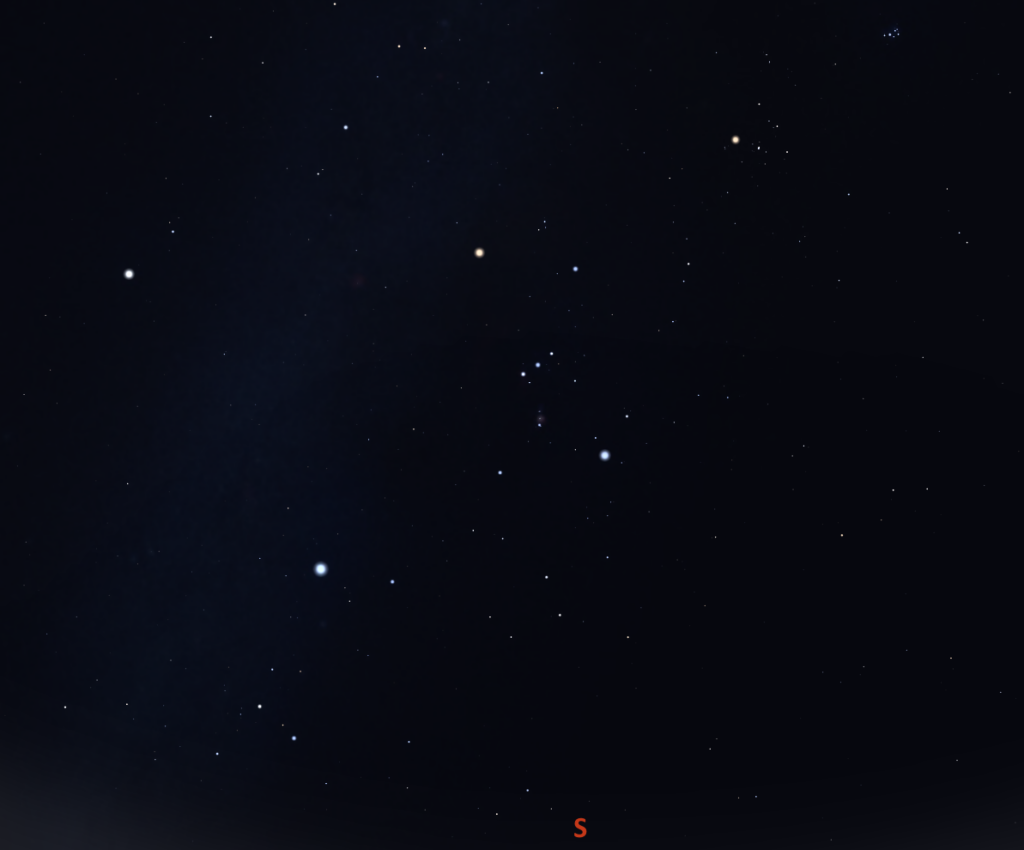 The waxing gibbous Moon and Saturn make great observing targets in the southern sky after sunset on October 3rd. The Moon will be full on October 5th.

On the morning the October 5th, Venus and Mars will be VERY close to each other in the eastern predawn sky. On the 6th, Venus will appear below Mars, and will continue a slow descent toward the horizon each morning. 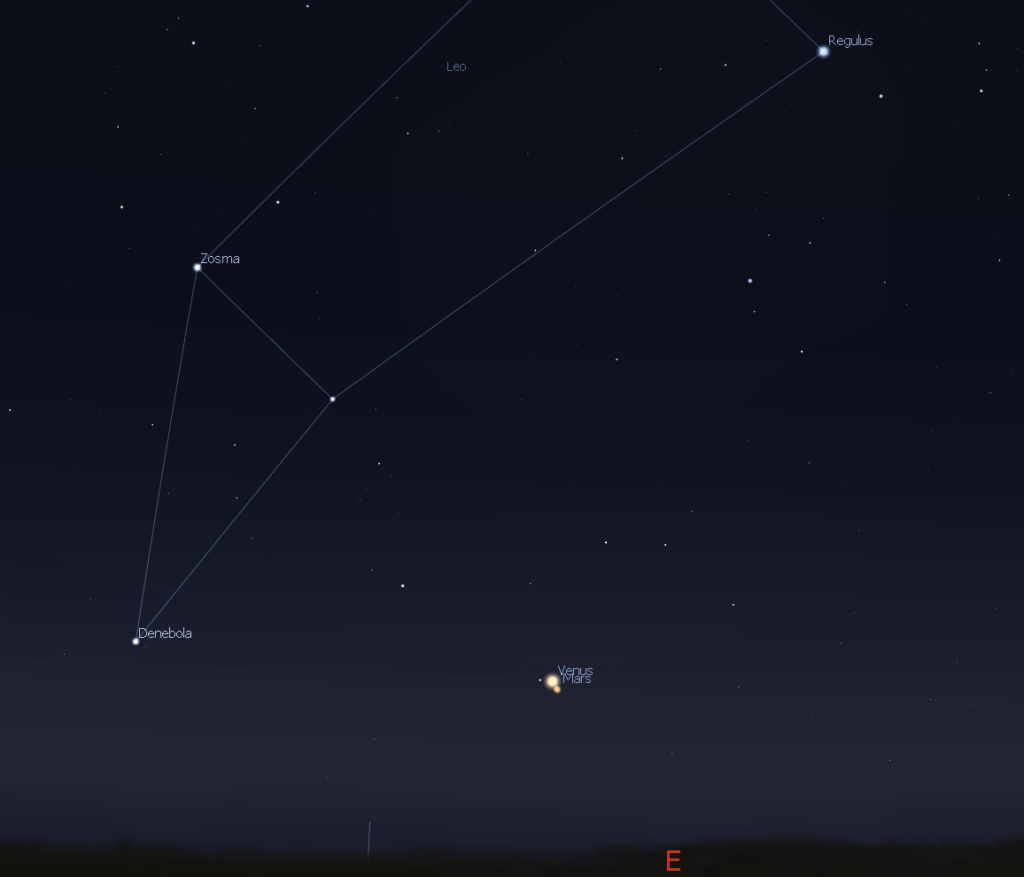 The Sun has a couple large sunspots; Spaceweather.com says that they all have stable magnetic fields, and are unlikely to produce strong solar flares. 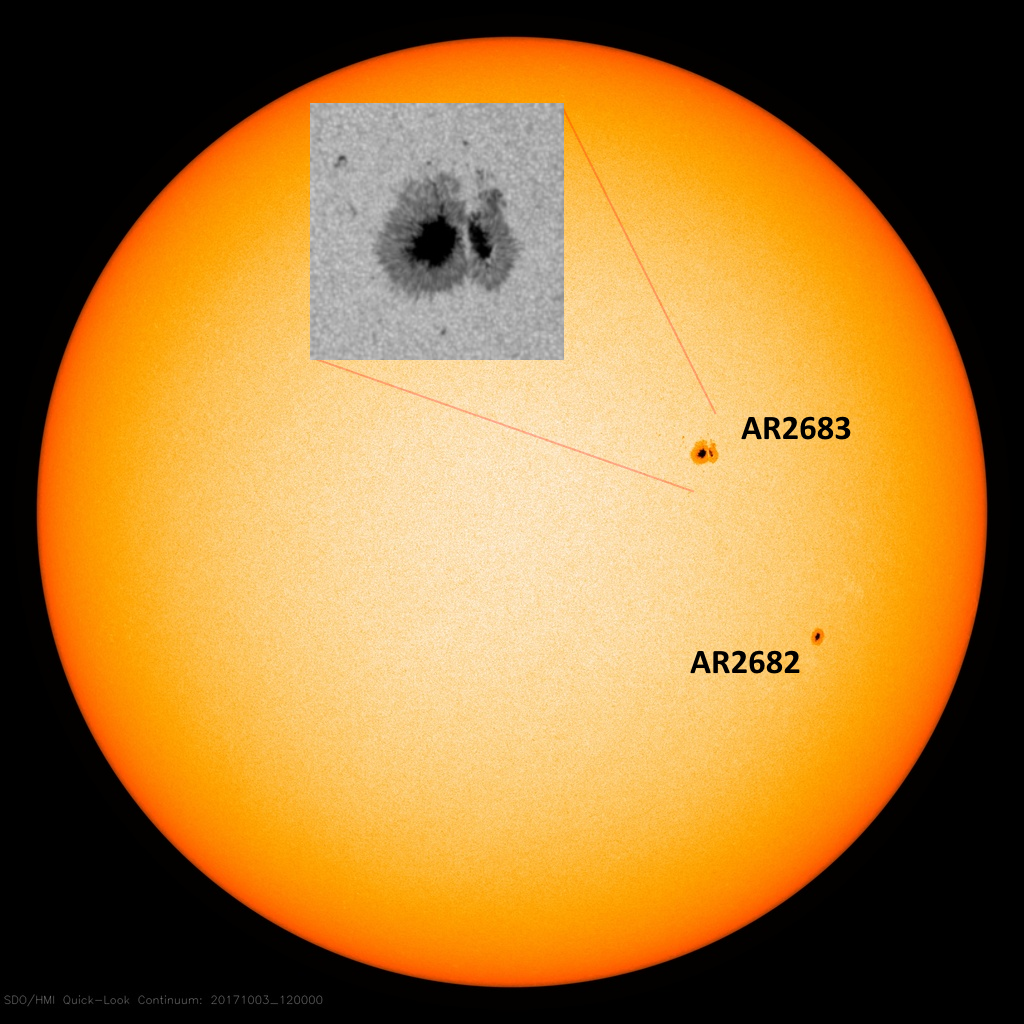 The Sun’s corona has several beautiful large coronal loops on the morning of October 3rd. 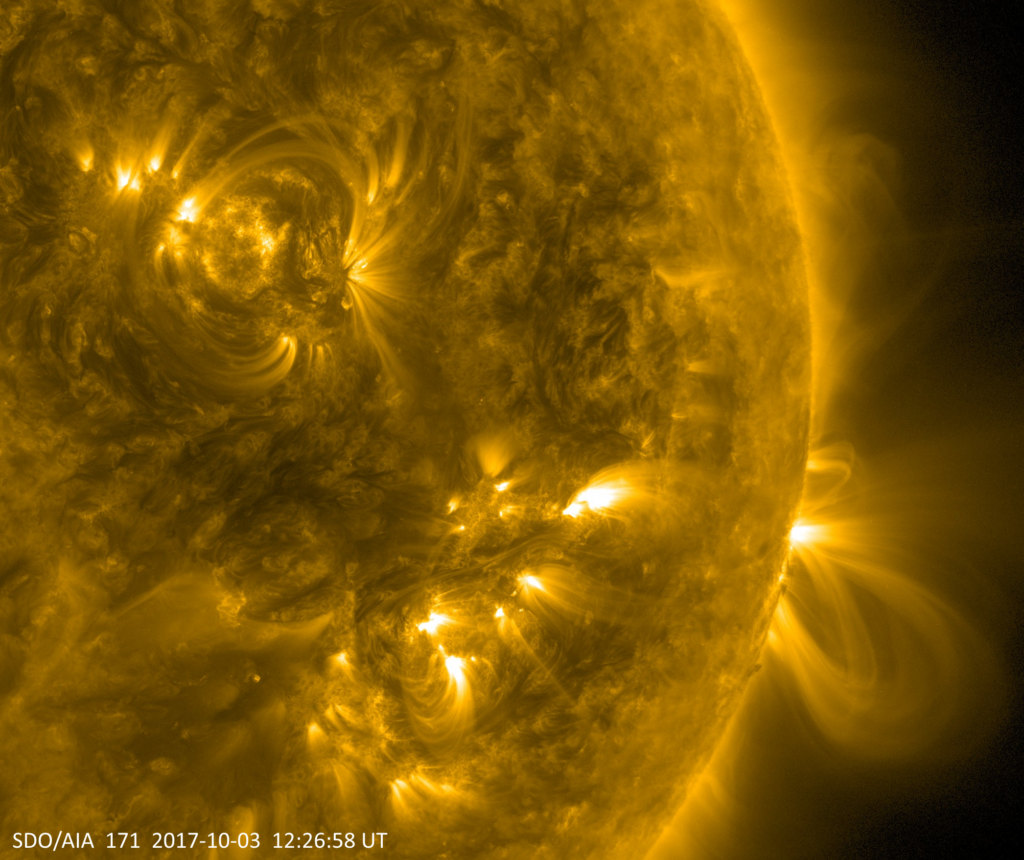 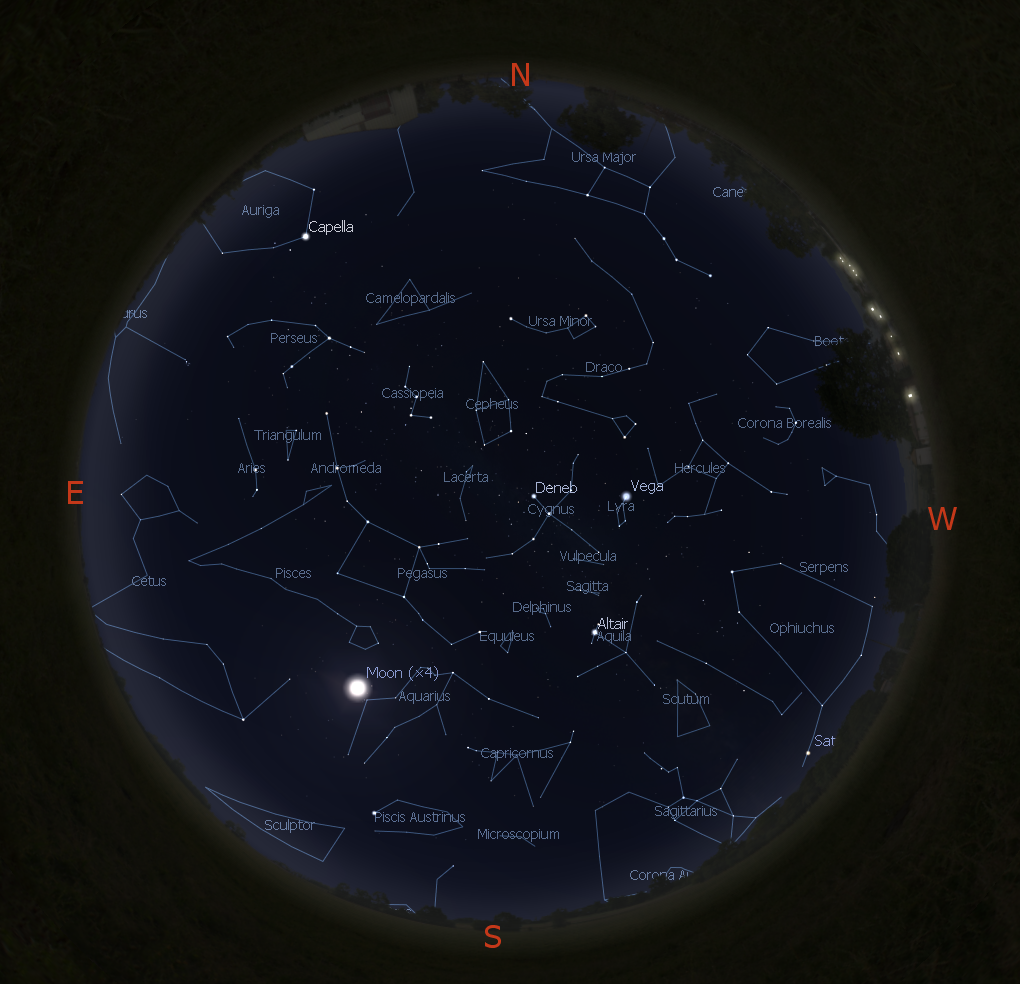 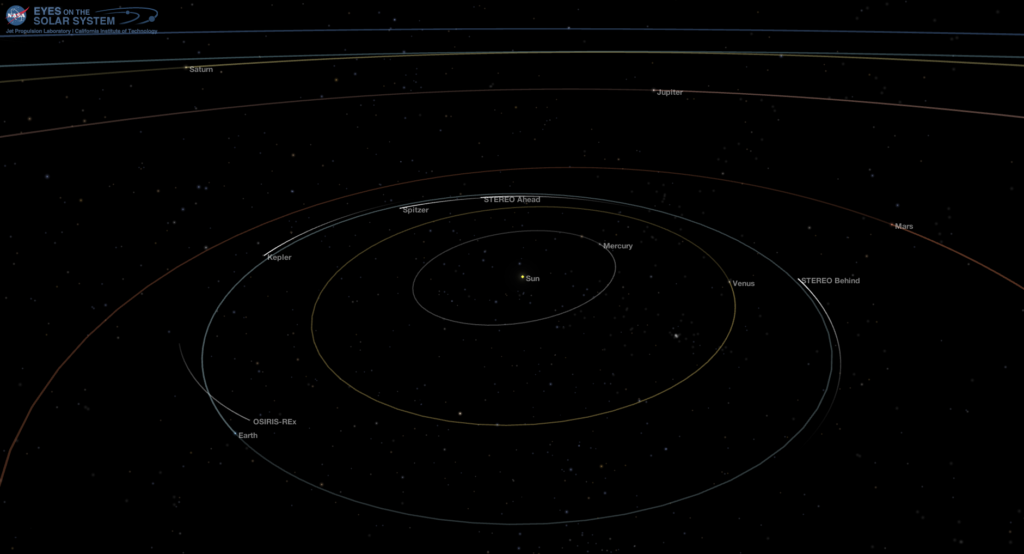