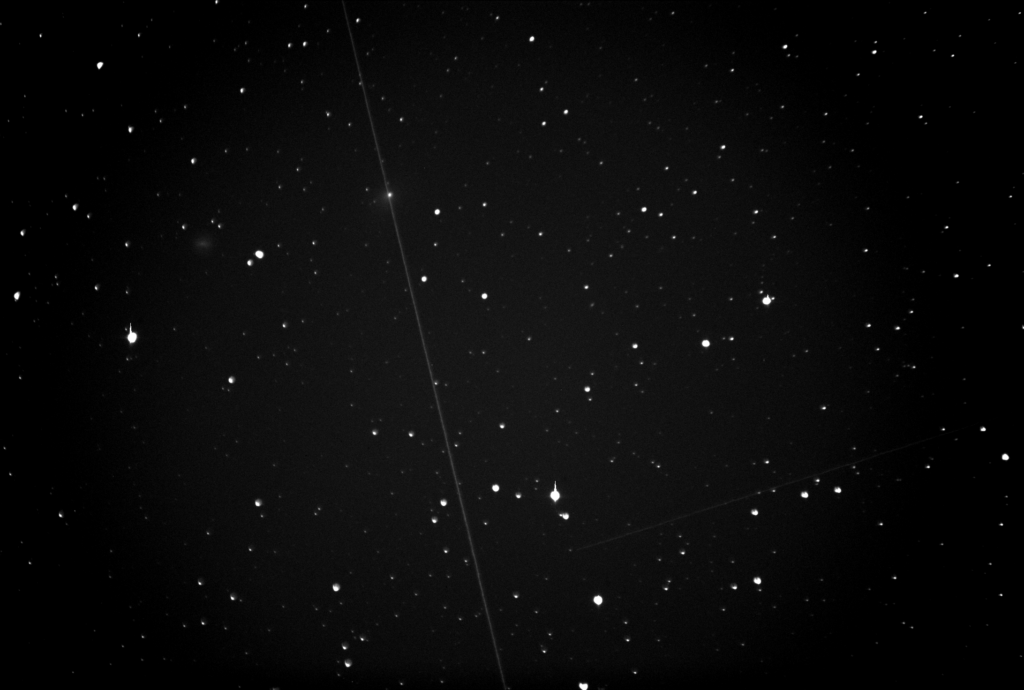 A meteor, probably belonging to the Omicron Draconid meteor shower. taken by Levy on July 4, 2005. The Tempel comet near the center of the picture had just been struck by the Deep Impact spacecraft. Credit: David Levy

There are so many good reasons for acquiring an interest in the night sky – mine wasn’t one of them. It turns out that I was extraordinarily shy as a child and had few friends. One July evening, at Twin lake Camp in Vermont while walking with my bunk-mates from a July 4th celebration, I happened to be looking up at the night sky when I saw a shooting star. It was not particularly bright but it did capture my attention as it raced from the head of Draco, the Dragon, towards the bright star Vega. Right away, I noticed that the stars could be friends. Stars are people too. 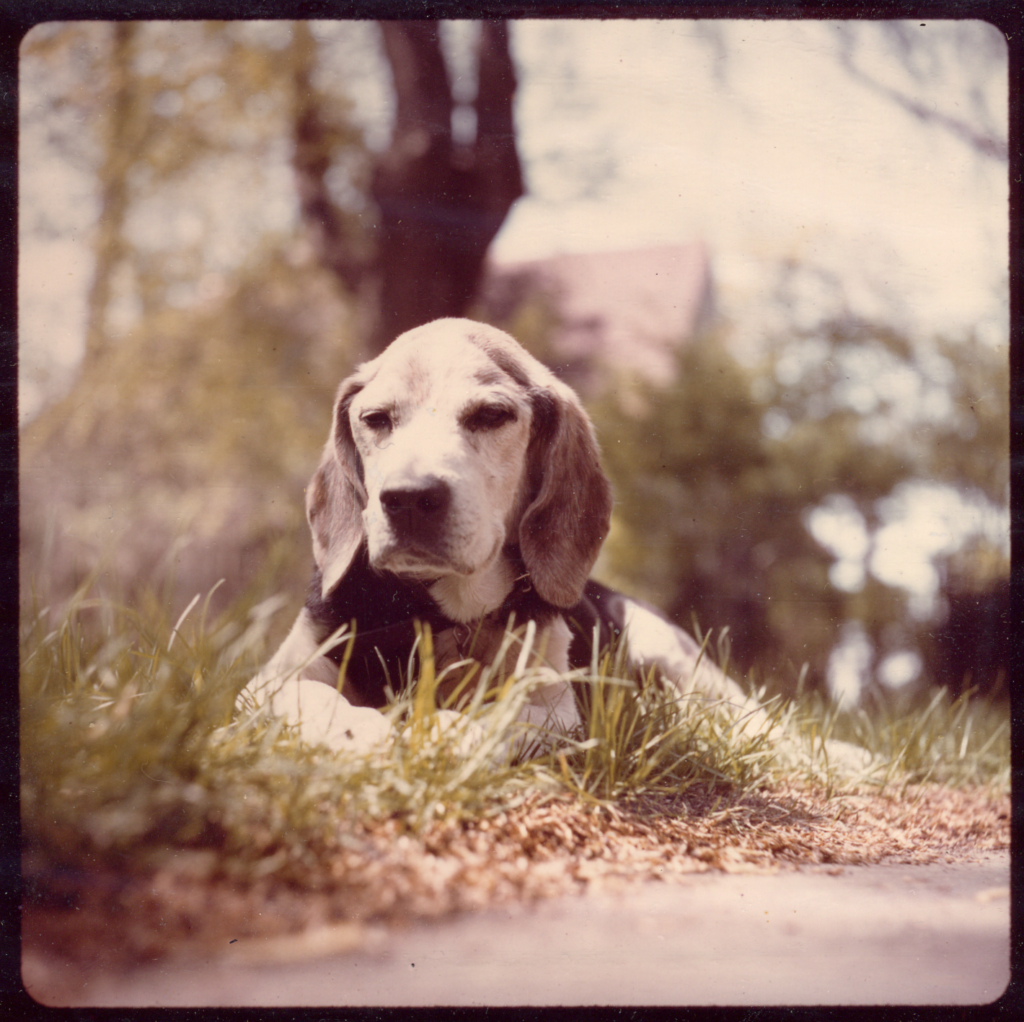 Our childhood beagle, Clipper. This photo was taken when he was an older dog. Credit: David Levy

Around the same time our family got a beagle dog we named Clipper. I spent much time with him as I was growing up, taking him for walks and generally sharing my adventures with him. He was even the subject of my first book, written when I was in the fourth grade. “The Adventures of Clipper” was not a good book, except that I had a wonderful time writing it. Were I to write it today, I would take Clipper and his owner on many astronomical adventures aboard his rocket ship. The dog would wander past the Moon, sniffing about the site where Armstrong and Aldrin took their first small steps fifty years ago.  He would lead on to Mars, whose two tiny moons, Phobos and Deimos, were discovered by Asaph Hall not long after his work was interrupted by a visit from the then-President of the United States, Abraham Lincoln. Clipper the beagle would cruise past Jupiter, skate along the exquisite rings of Saturn, and travel onwards through the outer solar system. He would then roam past the real dog star, Sirius, one of the closest stars to Earth. It might make a better book now than it did in 1956, when one paragraph merely said “Clipper Clipper Clipper.”

There is one real-life story that never made it to the original book. On a cloudy Friday evening, December 17, 1965, I was walking Clipper toward the summit of a hill near our childhood home. As we walked, the sky began to clear. Clipper did not want to turn back and return home but after a short tug of war, where Clipper pulled in one direction and I pulled the leash in the opposite direction, I won out. When I arrived home my telescope was waiting for me as more clouds were gathering in the west. Around midnight, I began my search for comets, a journey that has so far resulted in the discoveries of 23 comets. It is a project that has given me unparalleled joy and which continues to this day. And as I look towards Jupiter, I might even detect Clipper’s beagle howl as we both recall the collision, a quarter century ago, of one of my comets: Shoemaker-Levy, 9 with that giant and thrilling world. 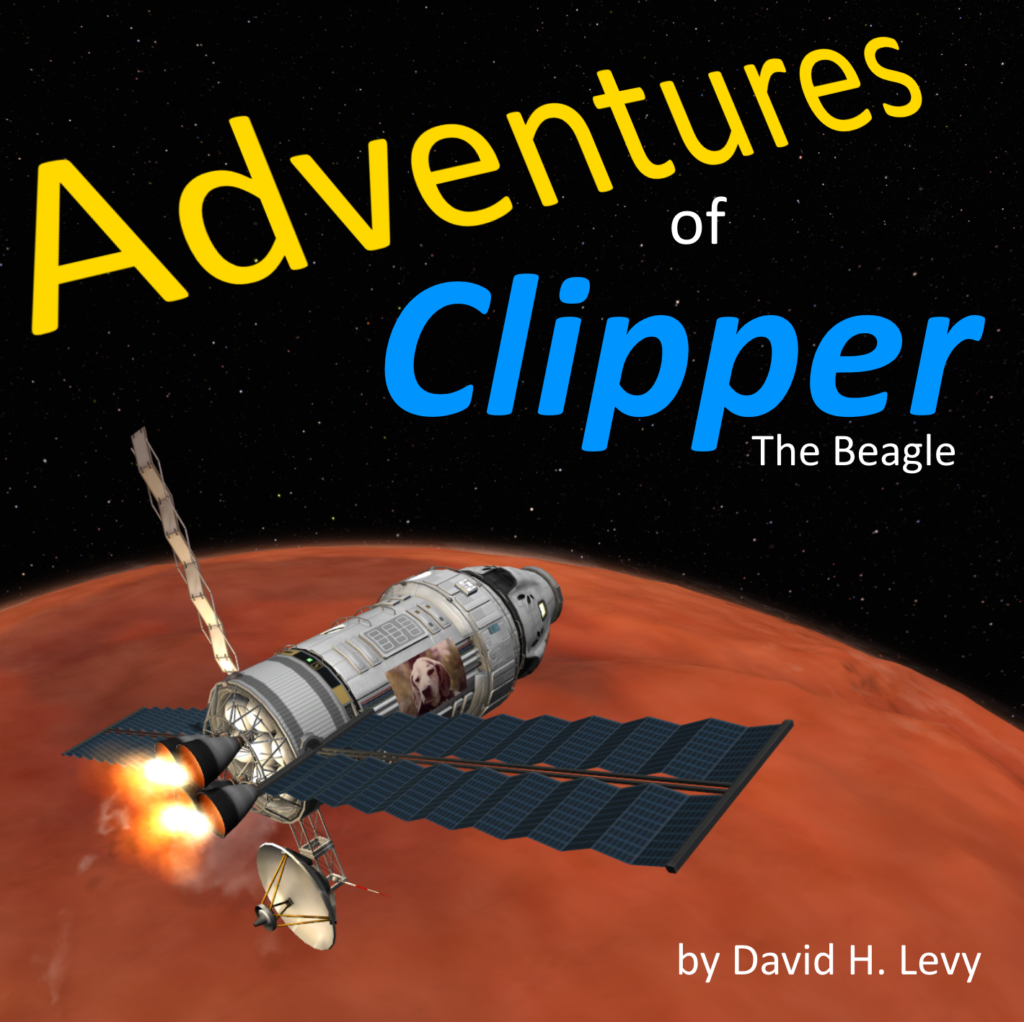 I think Dr. Levy might be on to something with his idea for the Adventures of Clipper in Space! – Editor