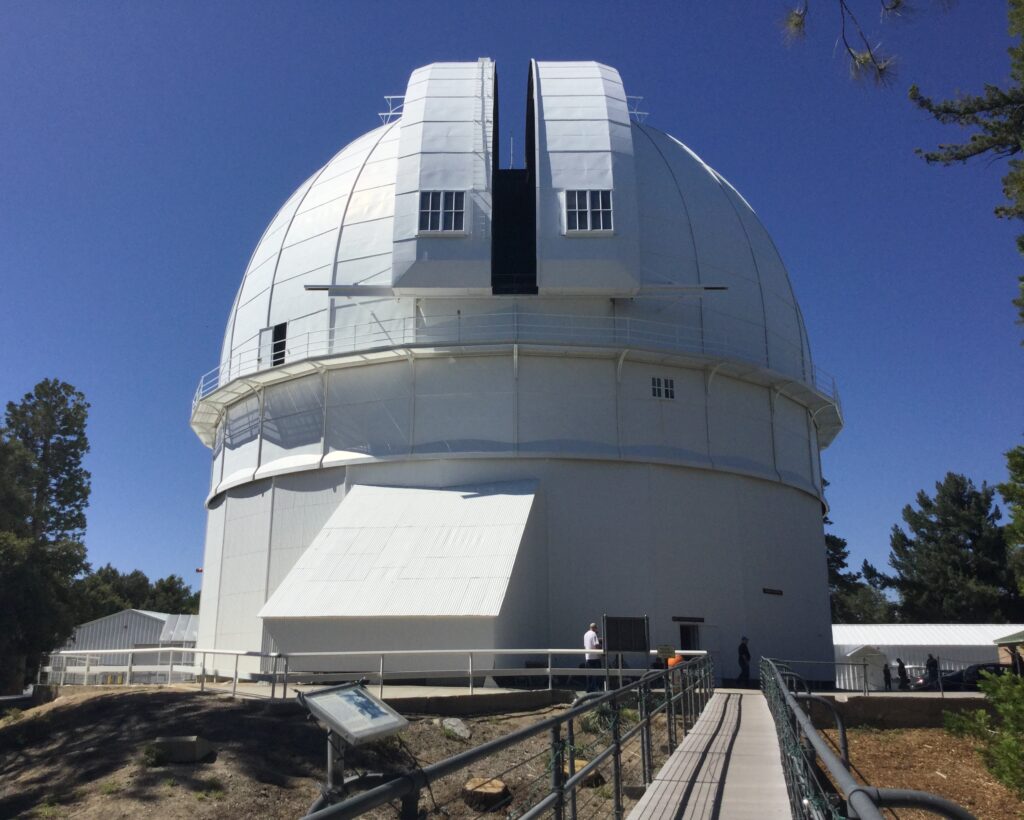 California and the Universe 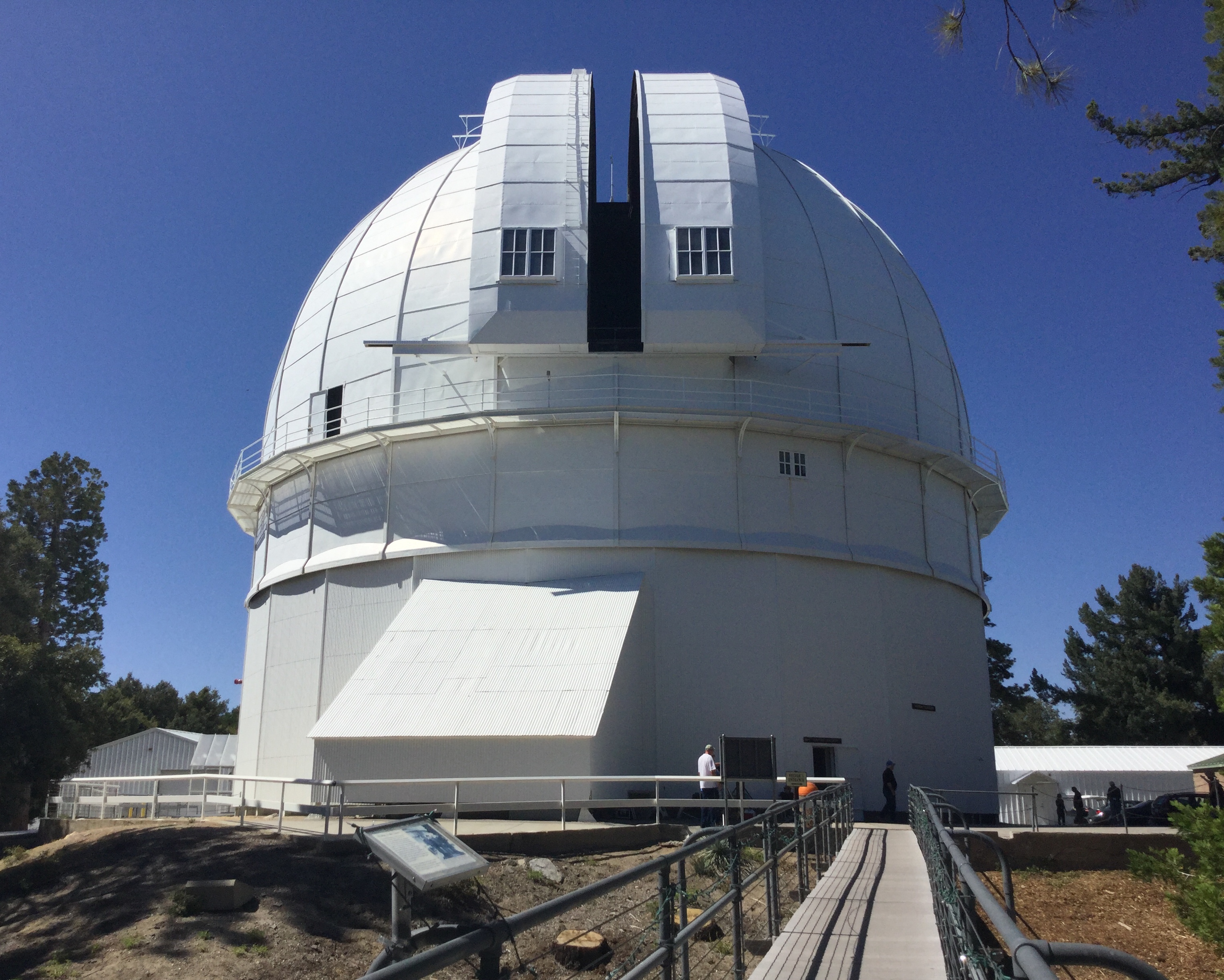 Since early in the last century, astronomers dreamed of the clear sky over California as a place to unlock our imaginations and study the Universe. In 1917, the 100-inch Hooker telescope was opened to the poetry of Alfred Noyes, who wrote:

We creep to power by inches. …Even to-night
Our own old sixty has its work to do;
And now our hundred-inch: I hardly dare
To think what this new muzzle of ours may find.

And just think what the new telescope did find; among many other things, it revealed that our Universe was double the size we thought it was. Despite the fact that I have visited Mount Wilson many times, my most recent visit in September gave me an insight I hadn’t experienced before. I was a guest of Scott Roberts, whose Explore Scientific telescope company had organized an observing party there. The place literally oozes history through every stone, piece of wood, and gear revealing the progress of our understanding of the Universe as it increased during the 112 years since the observatory’s founding in 1907. 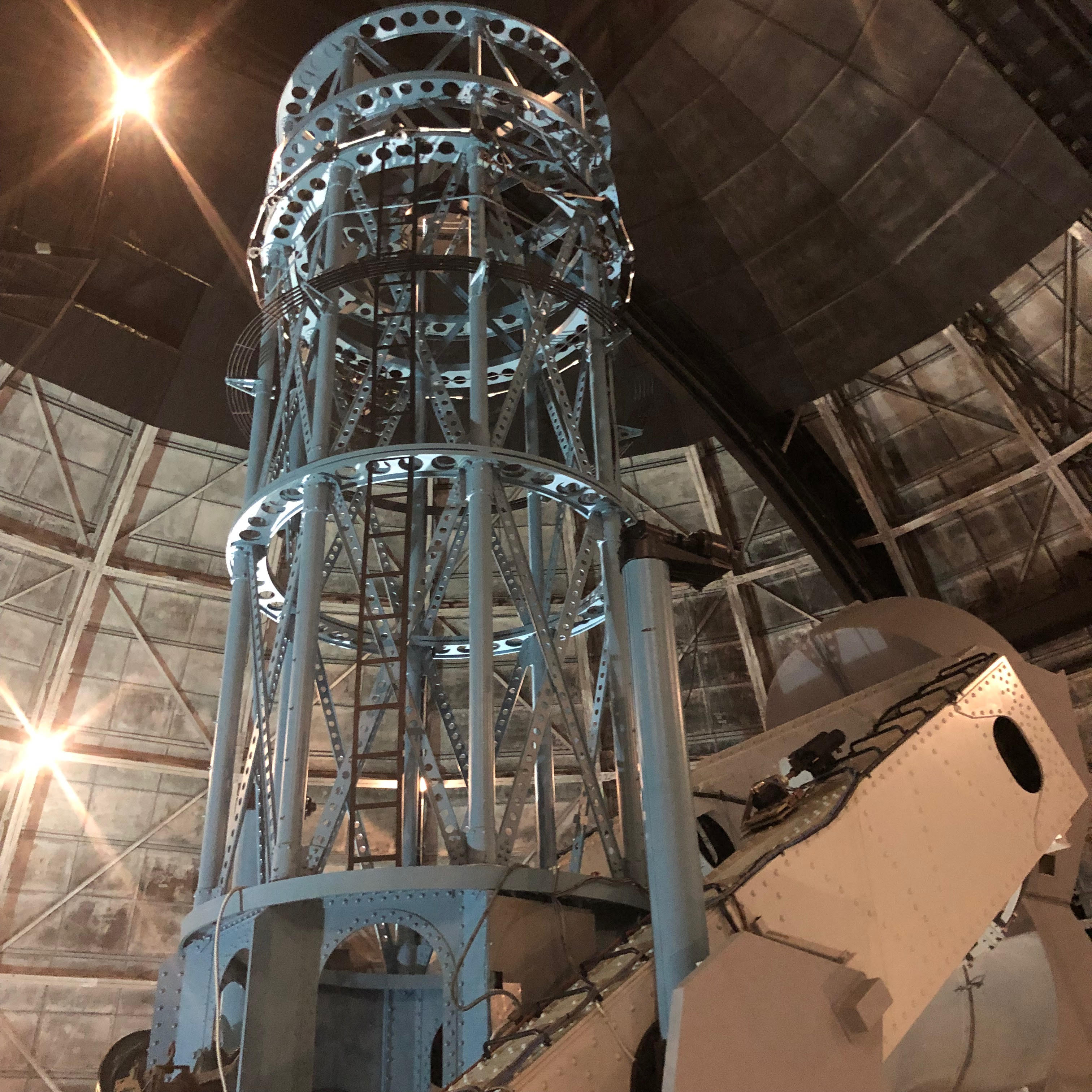 I was standing next to Walter Baade. There is a story that, at the outbreak of the second world war, he was declared an enemy alien and ordered to stay near his Pasadena home. Since he, or someone, allowed the vicinity of Pasadena to include Mount Wilson, Baade essentially enjoyed three years of uninterrupted observing time on the 100-inch. With Los Angeles under occasional blackout conditions that darkened the Mount Wilson sky still further, Baade made his crucial observations of individual variable stars in the Andromeda Galaxy that he, and Bart Bok, later used to determine the size and shape of our own Milky Way Galaxy. 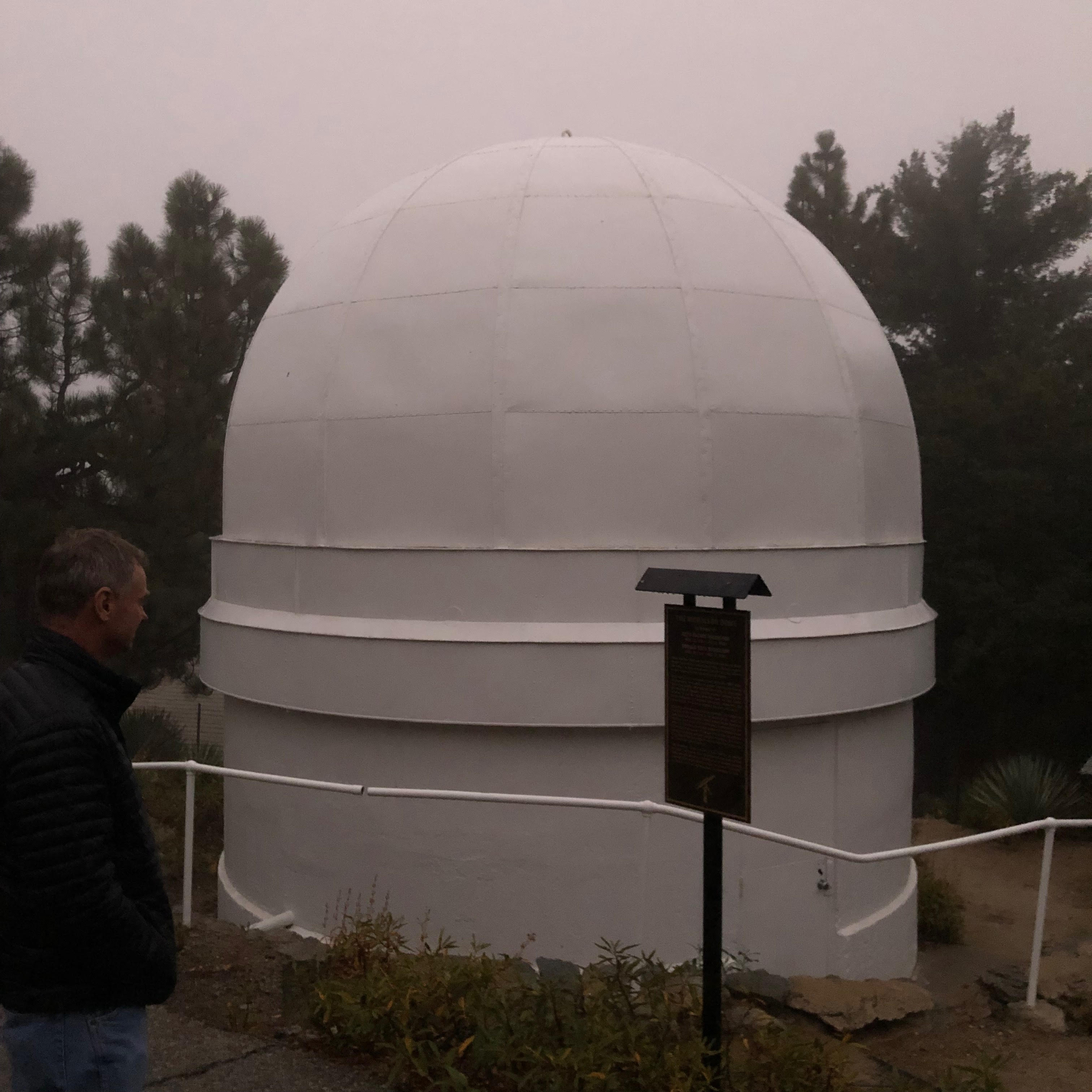 George Ellery Hale was unsatisfied with the size and abilities of the big 100-inch telescope, and he longed for a much larger one. He hired Russell Porter, the amateur astronomer who had founded the Stellafane telescope makers meeting in 1925, to work on a 300-inch telescope. When that was deemed impractical, a 200-inch telescope was built instead. Porter’s drawings of the 200-inch were stupendous. Realizing that the 100 was unable to reach the north celestial pole due to its English double yoke mount design, he envisaged a beautiful and elegant horseshoe design so that the 200-inch could point right at the pole if needed. Even the lowly 18-inch Schmidt camera telescope, the first telescope at Palomar, made history as the instrument Zwicky used to discover 100 supernovae in distant galaxies, and, near the end of its useful life, it was the telescope used in the discovery of Comet Shoemaker-Levy 9.

I close with a variation of a quotation by Sir Kenneth Clark. What defines the great observatories that look to the stars and revolutionize our understanding of them? I don’t know. But I know them when I see them. And the observatories at Mounts Wilson and Palomar are them. 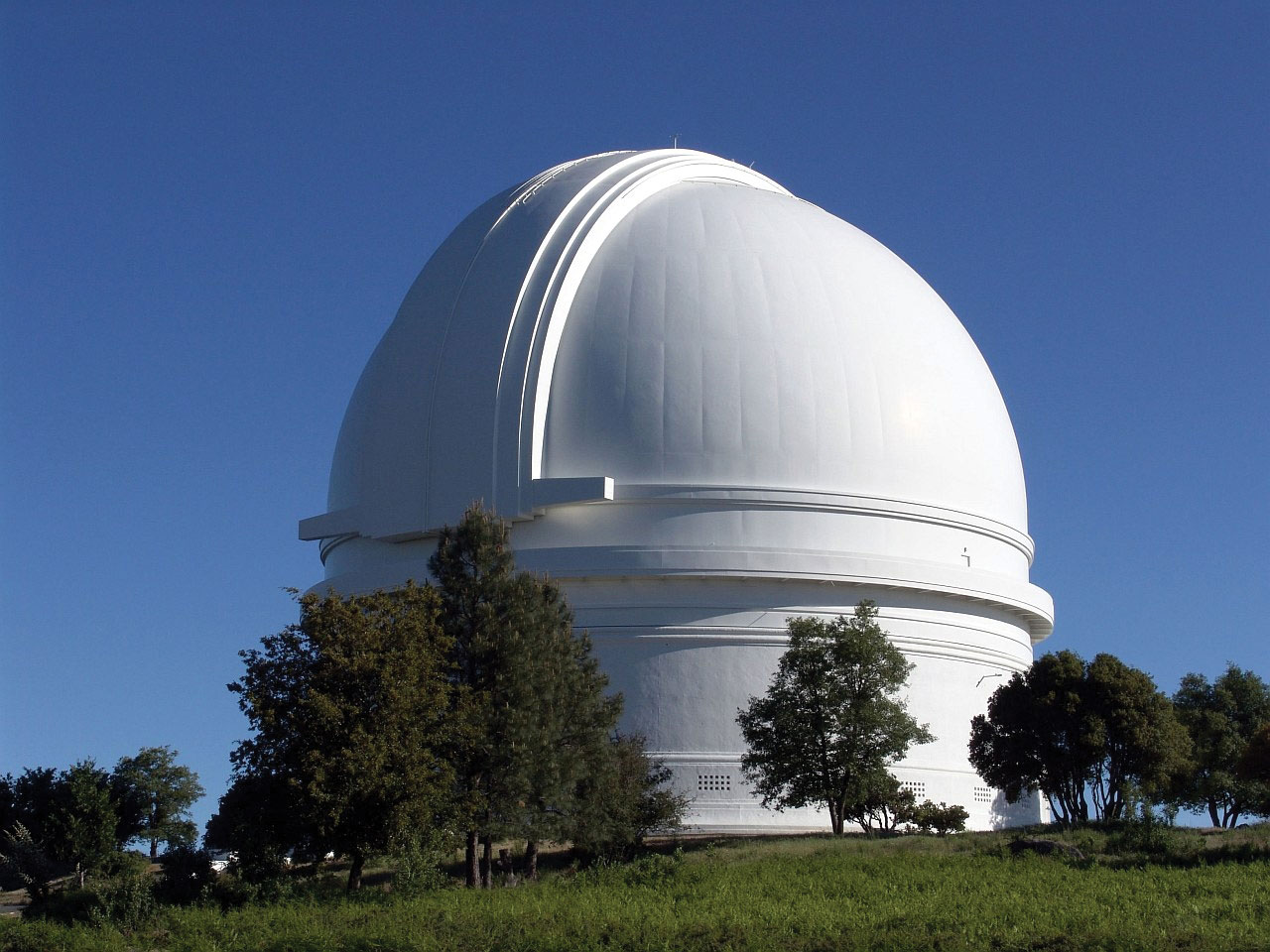