Early in every lunation you can see this region on the moon and though I have covered it before, I discovered some remarkable new things on this particular visit. First a little orientation. Notice the Mickey Mouse configuration in the upper left. The left ear is the crater Licetus (77km diameter) and the right is Cuvier (also 77km). Between them is the unusual north-south elongated feature, Heraclitus with an odd central ridge. This is the result of a merger of two or three craters. The large flat floored crater near the center of this image is, Manzinus (100km). Then the large crater on the right edge of this image with the central peak is Vlacq (92km). This should serve to give the outlines.

When processing this image, a montage of two images, I thought I saw an artifact of the knitting process about midway up the terminator. It’s a little dotted horizontal line and above the left end the barest outlines of the east walls of two vertically oriented craters still deep in shadow. After examining numerous images of this area taken over the last 10 years that are in the Loudon Observatory Lunar Image Archive (https://www.lpl.arizona.edu/~rhill/moonobs.html) I was finally convinced that these are the regularly spaced tips of a row of peaks and crater walls. On the east (right) end of this line is a large crater in shadow with ‘ears’ of two smaller craters, also in shadow. The larger crater is Zach (73km) and the adjacent crater to the east (right) is Zach D (32km) while the one to the west is Zach F (28km) crater. That would make the line of peaks west of Zach parts of Zach C (13km) and Zach G (6km) and several other unnamed peaks leading to Deluc D (27km) which is the lower of the two vertical craters and Deluc (49km) itself to the north. Deluc H (26 m) can be just made out above this. So what I at first feared was an artifact was in fact quite real! If I had noticed this at the time I was imaging I would have tried to repeat the observation as the rising sun revealed more of the features themselves. Just another example that the appearance of things on the moon can change quickly on the moon. 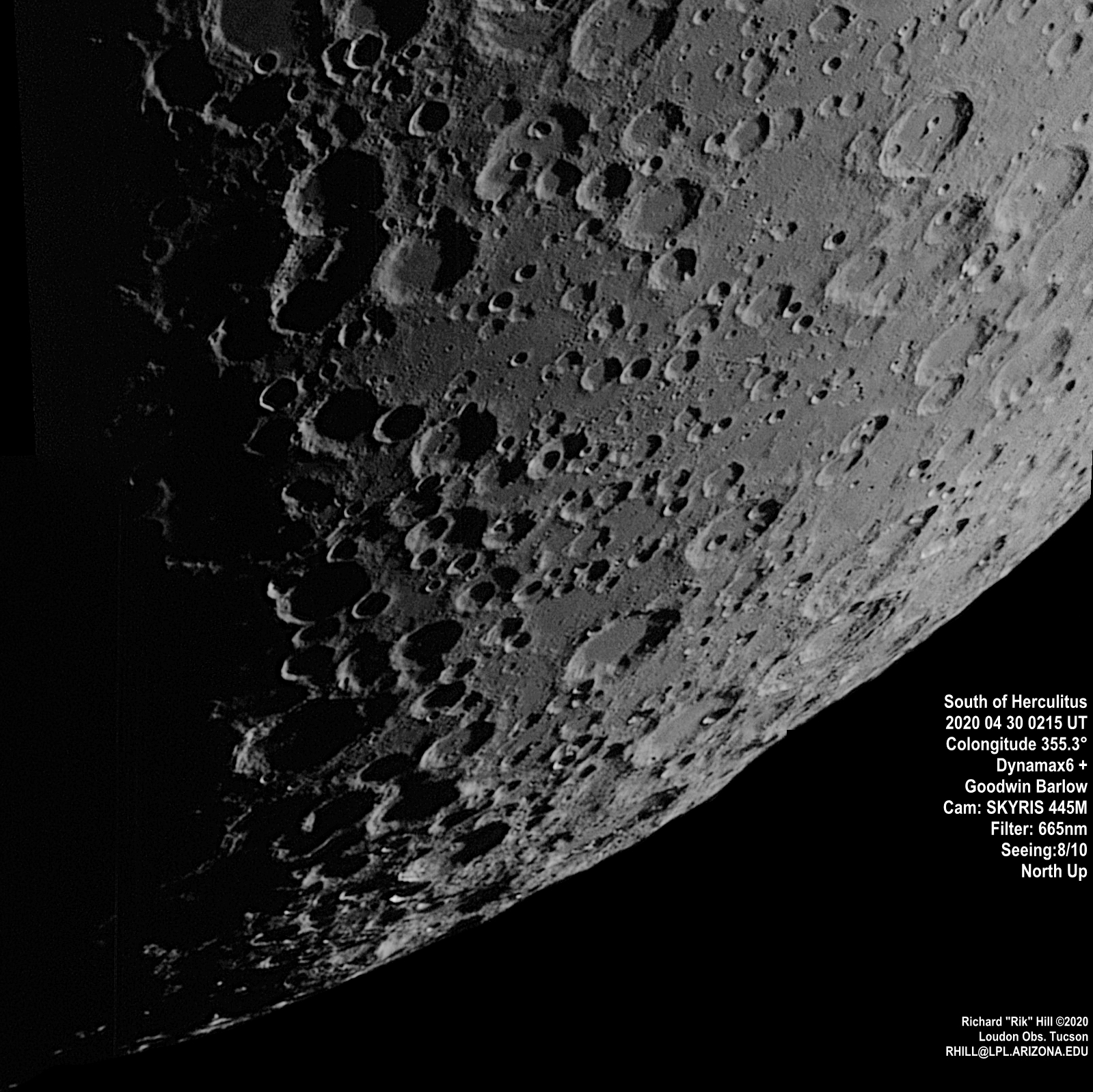