Since its founding in 1891, many people have passed through the doors of the Vatican Observatory.  A quick perusal of our guestbook reveals several Names, including Popes, Nobel laureates, astronauts, actors, and saints. Today’s guestbook entry is from January 15, 1925, when Luigi Carnera made a visit. 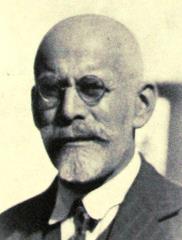 Much of Carnera’s astronomical involved the discovery of asteroids.  He discovered 16 of them.

The asteroid 39653 Carnera is named for him.