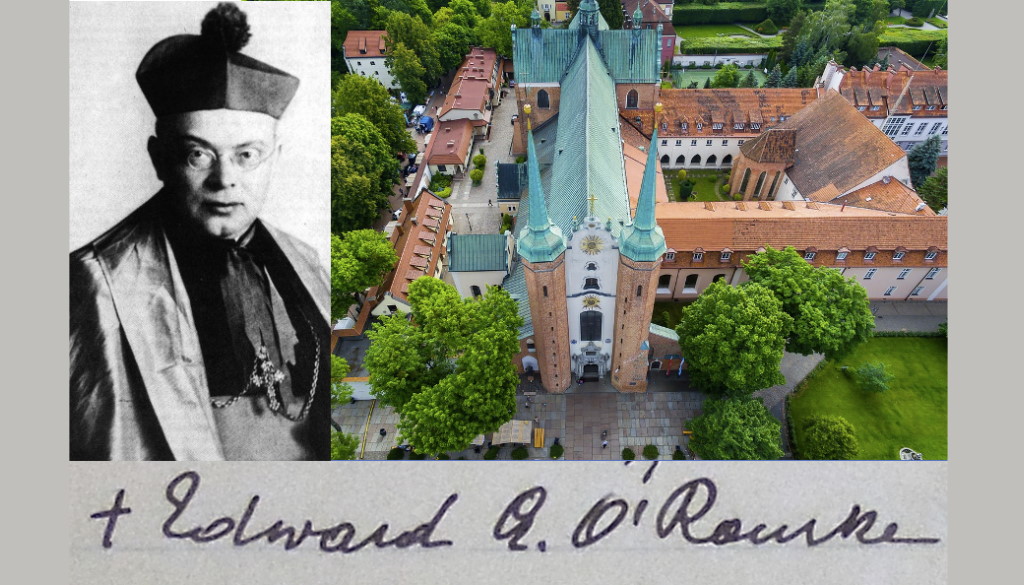 Since its founding in 1891, many people have passed through the doors of the Vatican Observatory.  A quick perusal of our guestbook reveals several Names, including Popes, Nobel laureates, astronauts, actors, and saints. Today’s guestbook entry is from January 9, 1935, when Edward O’Rourke made a visit. 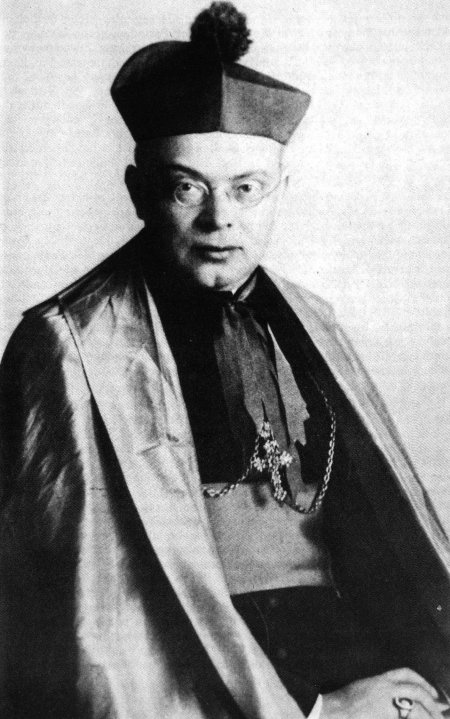 Next to his name, Bishop Edward Aleksander Władysław O’Rourke (1876-1943) wrote, “Bishop of Danzig.” He became the first bishop of Danzig (a semiautnomous state at the time; today Gdansk is part of Poland) when he was appointed by Pope Pius XI in 1925.

O’Rourke was born into a prominent Russian family of Irish lineage. He studied trade, law, and theology in Latvia, Austria, and Lithuania and was ordained a priest in 1908.

His life story was dominated by the numerous political upheavals and crises that plagued eastern Europe during the early 20th century.

After the 1917 revolution, he was appointed  administrator of the Catholic Church in Russia. In 1918 Latvia sought independence and established a diocese based in Riga. O’Rourke became its bishop.

Then in 1919 Germany invaded, which had a devastating effect on the church there. This led the Latvians to petition for a native bishop, so in 1920 O’Rourke then became titular bishop of Canea (Greece) and the Apostolic Delegate for the Baltic States.

The Nazis occupied the territory in 1933, and in 1935 the Nazi-controlled senate pressured him to resign as bishop.

In 1938 he became titular bishop of Sophene (Armenia) and then cathedral canon in Gniezno (Poland).

Then, Germany invaded Poland in 1939. O’Rourke traveled to Rome where, despite rejected attempts to return to Poland, he spent the rest of his life. He died in 1943.

O’Rourke also served as the Pontifical Delegate for Russian refugees in Danzig, and for Catholic Russians in Germany.