Since its founding in 1891, many people have passed through the doors of the Vatican Observatory.  A quick perusal of our guestbook reveals several Names, including Popes, Nobel laureates, astronauts, actors, and saints. Today’s guestbook entry is from June 16, 1924, when Knut Lundmark and Sten Asklöf made a visit. 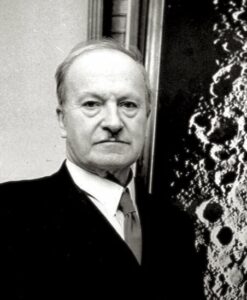 He had completed his Ph.D. at Uppsala in 1920 and subsequently worked at the Lick and Mount Wilson observatoies. In 1929 he became director of the observatory at Lund University in Lund, Sweden.

Lundmark’s scientific work was primarily concerned with galaxies.  He measured the distance to the Andromeda Galaxy in 1919 using  novae as standard candles. [Note: while certain types of supernovae function well as standard candles, novae in general vary in maximum brightness and do not serve the purpose well.]

He measured a distance of about 650,000 ly (compared to the modern value of 2.5 million ly), which supported the argument that spiral nebulae such as Andromeda were in fact very distant and separate from the Milky Way galaxy.

He also noted the presence of dark clouds of gas and dust that occluded starlight in parts of galaxies.

In 1926 Lundmark published a work on the classification of galaxies, in competition with Edwin Hubble’s work on the same topic.

In Sweden in the 1930s, he was a well-known popularizer of science and astronomy in particular, often appearing on Swedish radio programs.

He used his public platform to encourage amateur astronomers to document meteors.

Several astronomical objects are named in his honor. These include the asteroid 1334 Lundmarka, the crater Lundmark on the moon, and the Wolf-Lundmark-Melotte galaxy (a barred irregular galaxy in the local group). 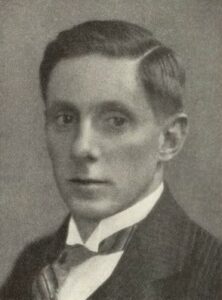 He was an assistant at the Uppsala observatory. He would eventually complete his Ph.D. at Uppsala in 1927.  His astronomical work was based on observations made on the 33 cm. refractor at the observatory, and focused on measuring stellar parallaxes.