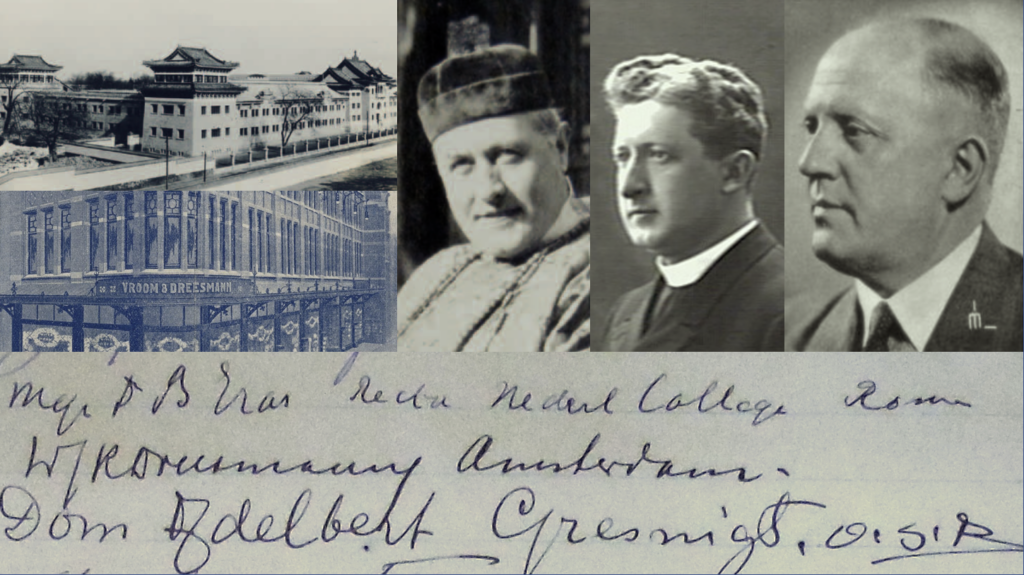 Since its founding in 1891, many people have passed through the doors of the Vatican Observatory.  A quick perusal of our guestbook reveals several Names, including Popes, Nobel laureates, astronauts, actors, and saints. Today’s guestbook entry is from June 3, 1935, when two Dutchmen and a Belgian made a visit.

Next to his name, Mgr. Bernard Joseph Eras (1876-1952) wrote, “Rector Federal College Roma.” He was a priest with connections in the Vatican. In 1912 he became a Monsignor and Chamberlain to the Pope. In 1922 he became Papal home vicar, and in 1928 apostolic pro notary. He helped found the Dutch College in Rome for priestly formation, and became its first rector in 1930. He also served as consulter for the Congregation of Oriental Churches.

Dom Adelbert Gresnigt, O.S.B. (1877-1956) was a monk who lived at the abbey of Maredsous in Belgium. He was also an architect who is particularly known for his attempts to fuse Western and Chinese architectural styles. He spent five years in China from 1927-1932 as part of a Papal mission to explore this fusion. From 1929-1931, he designed several seminary buildings throughout China, but his masterpiece was the Catholic University of Peking.

He also drew designs for the Church of St. Teresa in Kowloon and for the cathedral of Haimen, but these projects were never built.