Since its founding in 1891, many people have passed through the doors of the Vatican Observatory.  A quick perusal of our guestbook reveals several Names, including Popes, nobel laureates, astronauts, actors, and saints. Today’s guestbook entry is from June 8, 1920, when Charles Cushing made a visit. 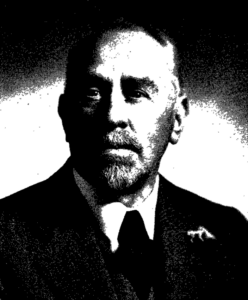 Next to his name, Charles S. Cushing FRAS (1867-1946) wrote, “+ Mrs. Cushing {Astronomical Society Pacific San Francisco, Cal.}”  He was accompanied on the visit by his wife, Anne Sessions Cushing.

Cushing was a career attorney with a passion for astronomy.  He was one of the earliest members of the Astronomical Society of the Pacific, having joined shortly after its founding in 1889.  He would become its president in 1921.