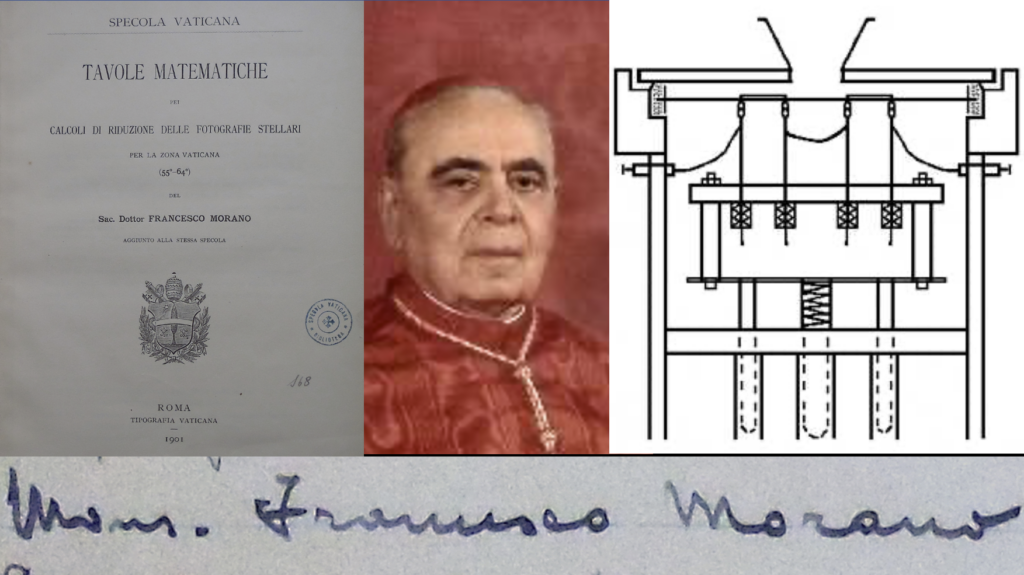 The Vatican Observatory has hosted thousands of visitors over the years. Among those who have signed our guest book, one can find Popes, Nobel laureates, authors, astronauts, and saints. Today’s entry is from June 8, 1935, when Francesco Morano made a visit.

Monsgr. Francesco Morano (1872-1968) did not write anything next to his name, but somebody later wrote in pencil, “poi cardinale” to indicate that he later became a cardinal. Also, where the date of the visit should have been, he wrote June 8, 1872. This happens to be his birthday!

Morano’s academic background was diverse and impressive. He held advanced degrees in philosophy, theology, canon law, civil law, as well as physics. He also had a strong background in mathematics. In 1900 he became an “adjunct assistant” at the Vatican Observatory, working on mathematical analysis of the photographic plates of the Carte du Ciel project.

To facilitate microwave radio communication in the Vatican, he collaborated with Guglielmo Marconi (the inventor of radio) and invented a mechanical current modulator for the microphone.

He held numerous positions in the Vatican curia, including:

In 1959, Pope John XXIII made him a Cardinal, and he voted in the conclave that elected Pope Paul VI.