Since its founding in 1891, many people have passed through the doors of the Vatican Observatory.  A quick perusal of our guestbook reveals several Names, including Popes, nobel laureates, astronauts, actors, and saints. Today’s guestbook entry is from May 23, 1914, when Giovanni Silva made a visit. 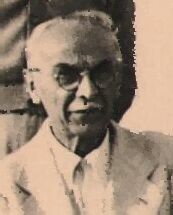 Next to his name, Giovanni Silva (1882-1957) wrote, “R. Osservatorio Astronomico di Padova” (“Royal Astronomical Observatory of Padua”). He was an astronomer who would direct several observatories during his career.

From 1911-1921, he was an astronomer at the observatory in Padua, which was associated with the University of Padua.

In 1921, he became chair of geodesy at the University of Turin and in 1923 would become director of the Pino Torinese astronomical observatory.

In 1926 he returned to Padua to become director of the observatory there, as well as take a chair in astronomy at the university.  He would remain in Padua the remainder of his life.

In 1934, he envisioned a new astrophysical observatory containing the latest instrumentation, and successfully pushed for its construction. In 1942, he became the inaugural director of this new observatory, the Asiago Astrophysical Observatory, operated by the University of Padua.

The asteroid 16906 Giovannisilva is named for him.