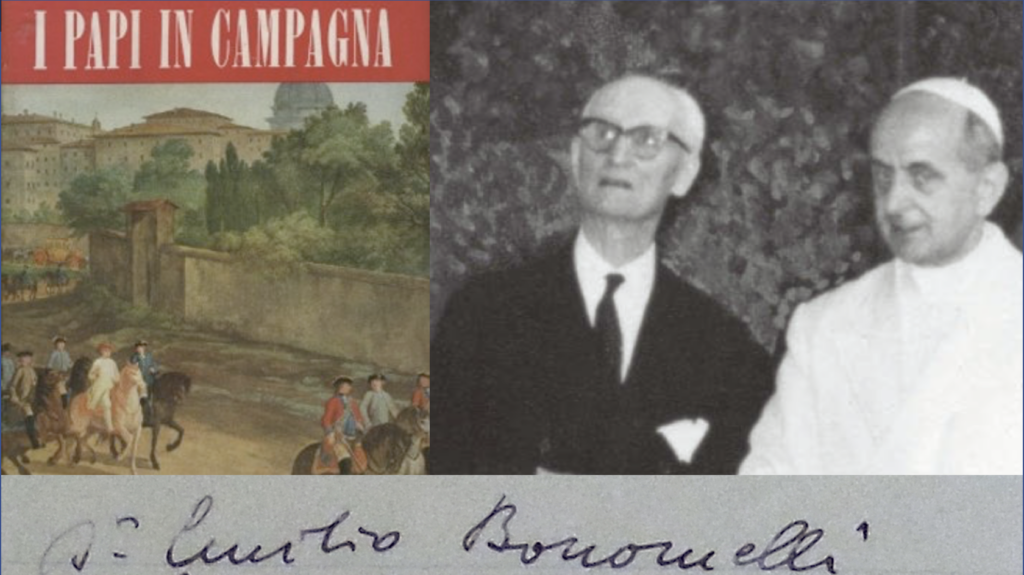 The Vatican Observatory has hosted thousands of visitors over the years. Among those who have signed our guest book, one can find Popes, Nobel laureates, authors, astronauts, and saints. Today’s entry is from May 7, 1935, when Emilio Bonomelli made a visit.

Emilio Bonomelli (1890-1970) was an Italian politician and journalist who became the first director of the Pontifical Villas in Castel Gandolfo. He visited the observatory along with three other people.

He was a founding member of the Partito Popolare (Italian People’s Party, a Christian democratic party inspired by Catholic social teaching) in 1919. He was mayor of Travagliato (Brescia, Italy) from 1914-1920, and then was elected to the Brescia province council. This was followed by a period as the provincial secretary from 1924-1926, during which time he directed the party to oppose fascism.

The fascists persecuted him, and he fled to France, but returned in 1929. By that time, the Lateran Treaty had been signed between Italy and the Vatican. As part of the Treaty, the original Pontifical Villa at Castel Gandolfo was restored to the Vatican, along with a large adjacent property that had been the Barberini estate.

Pope Pius XI commissioned Bonomelli to oversee the development of this property into the gardens that they are today. In 1932 the Pope created the position of Director of the Pontifical Villas, and named Bonomelli to that position.

During World War II, Bonomelli opened the gardens up to political refugees and local citizenry who were trying to escape the fighting. The Holy See was officially neutral territory, and was not targeted by either side. (This did not stop the occasional stray bomb or bullet from finding its way in. The Propaganda Fide building at one end of the gardens was destroyed, killing hundreds of refugees.)

In 1951, when the UN Food and Agriculture Organization moved from Washington DC to Rome, Bonomelli was named as a permanent observer to the FAO representing the Holy See.

Bonomelli also oversaw the conservation and study of the ruins of the Roman palace constructed by Emperor Domitian in the first century AD. The palace occupies a large footprint in the villas, and Bonomelli characterized three different “layers” or terraces that the palace occupied.

In 1953, he wrote a book about the gardens and the Popes who enjoyed them, entitled I Papi in Campagna (The Popes in the Countryside).