Since its founding in 1891, many people have passed through the doors of the Vatican Observatory.  A quick perusal of our guestbook reveals several Names, including Popes, Nobel laureates, astronauts, actors, and saints. Today’s guestbook entry is from October 14, 1924, when Edward Phillips made a visit. 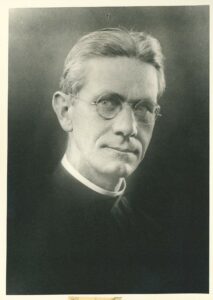 Next to his name, Fr. Edward C. Phillips S.J.  (1877-1952) wrote, “Woodstock, Maryland, U.S.A.”  At the time of his visit, he was a professor of mathematics and astronomy at Woodstock College, and also dean.

This was one of at least two visits–he also signed the guestbook on Feb 9, 1938.

In 1925, he would become director of the Georgetown Observatory, where he would remain until 1928, when he would be named Provincial (major superior) of the Maryland-New York Province of the Society of Jesus.

He would serve as Provincial until 1935, after which he would return to Woodstock College for a time. He also served as treasurer of the New York Province (after it separated from Maryland) from 1943-1946.

He was president of the American Association of Jesuit Scientists from 1941-1946.

He had his hand in a number of areas of astronomy and mathematics, including the history of the fields.  It is probable that his visits to the Vatican Observatory were occasioned by an interest in the works of historical Jesuit astronomers and mathematicians.  He compiled catalogs of the writings of both Fr. Christopher Clavius S.J. and Fr. Angelo Secchi, S.J.

He made an interesting (if minor) contribution to statistics.  There is a common sentiment among Jesuits that deaths of Ours come in threes. He conducted a statistical study of such triads, using the Province records of 597 deaths occurring between 1900 and 1939.  He found a greater-than-chance probably of grouping of three or more deaths within intervals of less than half the overall average.  On the other hand, his data included the Spanish influenza pandemic of 1918-19.

Special Thanks to the U.S.A. Jesuit Archives & Research Center in St. Louis MO who provided some documents and photographs that helped in the writing of this post. 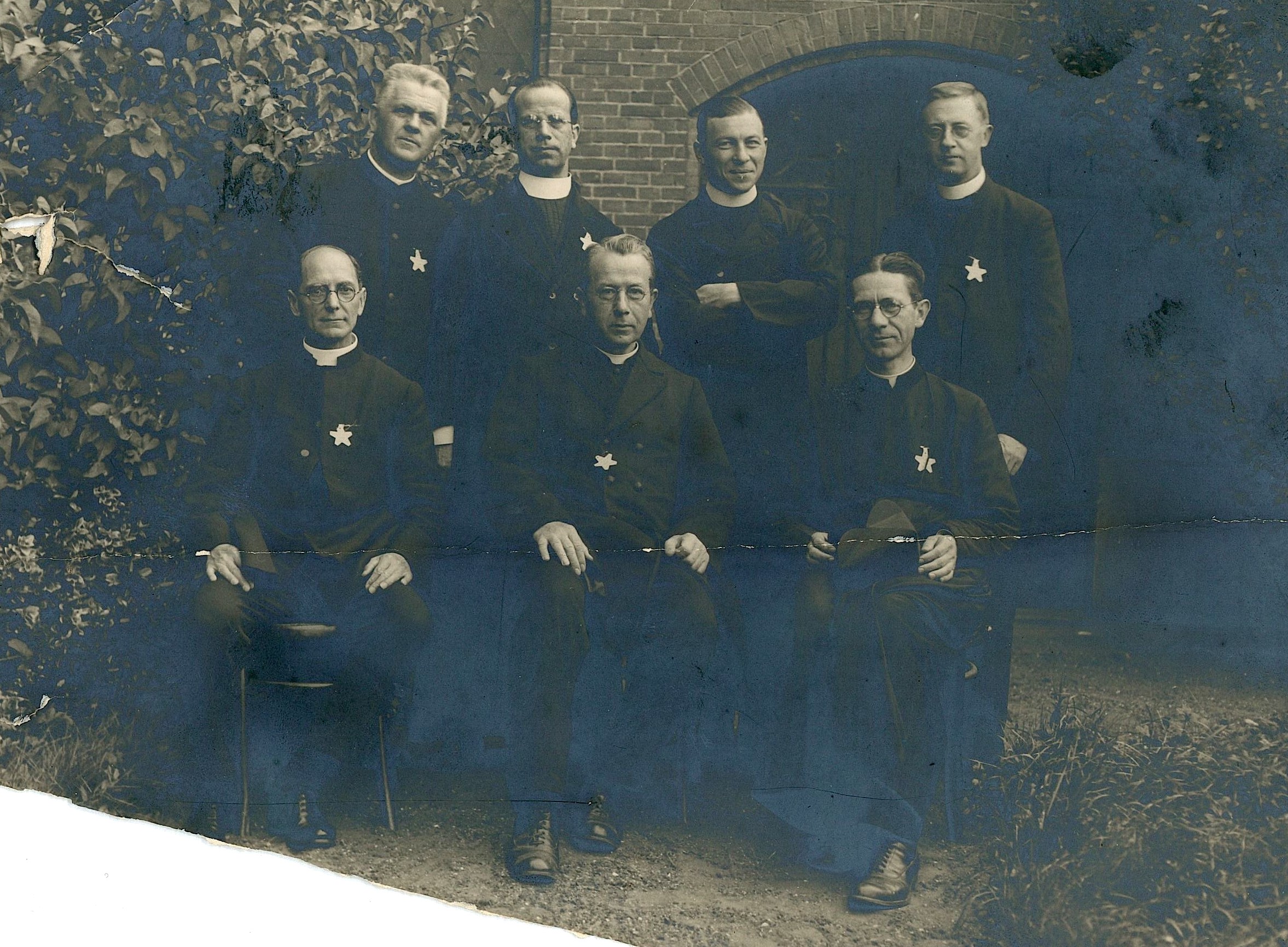 Fr. Phillips (front row, right) with other Jesuit astronomers in attendance at the 3rd General Assembly of the International Astronomical Union, Leiden, 1928. Front center is Fr. Johan Stein SJ, who would become director of the Vatican Observatory in 1930. Back row second from left is Fr. Luis Rodés SJ, who visited the Specola during the first IAU meeting. [Source: US Jesuit Archives & Research Center]