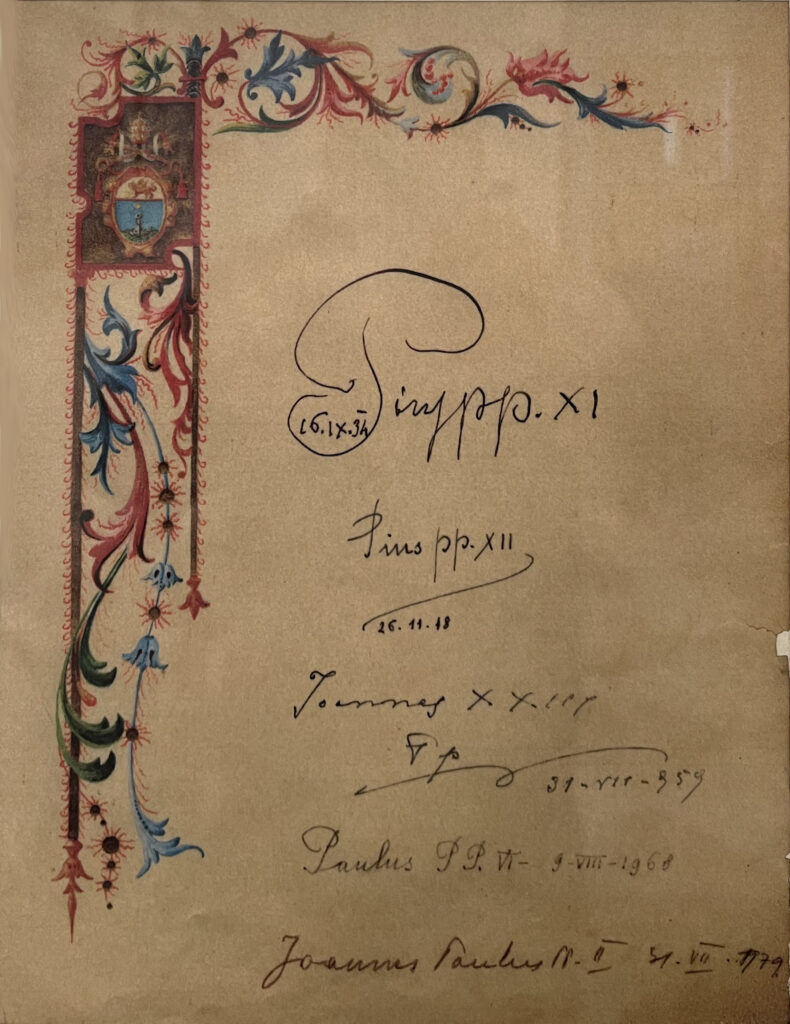 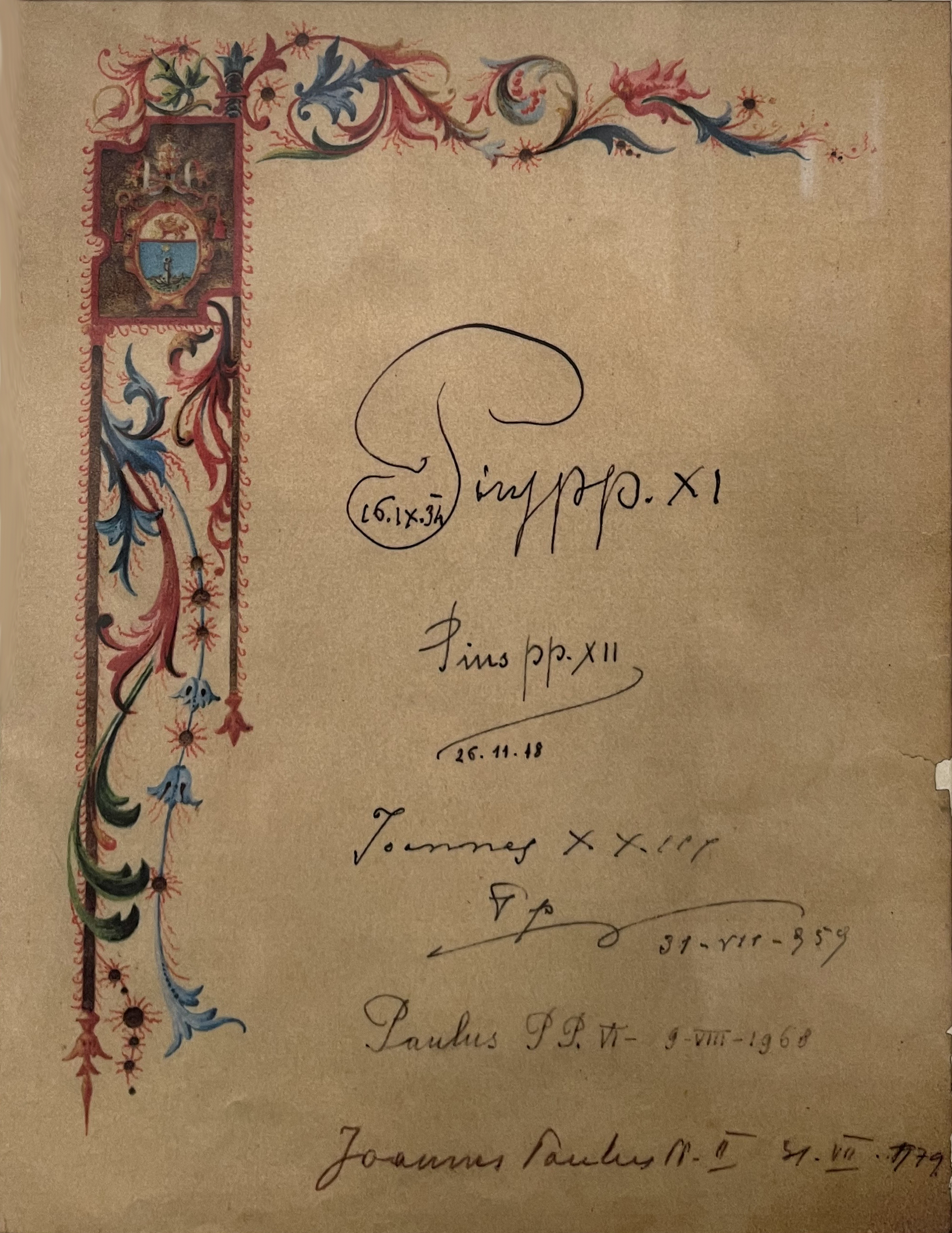 Parchment reserved for Papal visits to the Vatican Observatory

Today’s guestbook entry is not technically from the guest book.  It is from a separate parchment reserved for Popes on their first official visit to the Specola.

This tradition was begun when the Vatican Observatory was relocated from within Vatican City out to the Pontifical summer residence in Castel Gandolfo, about 25 km outside of Rome. 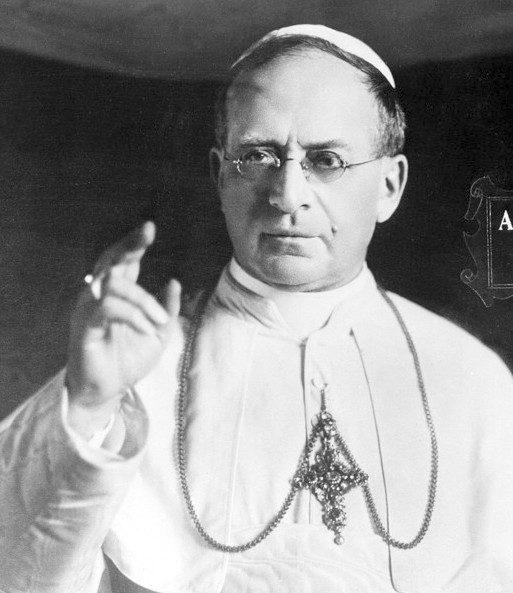 Ambrogio Damiano Achille Ratti (1857-1939) was elected Pope in 1922 and took the name Pius.  Prior to his elevation to the Papacy, he was the cardinal archbishop of Milan.

In 1929, he and the Italian leader Benito Mussolini signed the Lateran Treaty, in which the nation of Italy formally recognized the Vatican as an independent sovereignty.  As part of this act, the Italian government conceded the territory in Castel Gandolfo (which had been confiscated in the 1870 conquest of Rome) as well as the Barberini villas adjacent to it.

Coincidentally, the use of electric lights in Rome meant a significant increase in light pollution at the existing location of the Vatican Observatory within the walls of Vatican City.  The new director, Johan Stein SJ, petitioned Pope Pius XI to move the observatory to Castel Gandolfo, which was a great spot for astronomy.

Initially, two domes were built atop the Papal summer residence.  Though scientific operations at the new location began as early as 1933, the new location would not be formally inaugurated until 29 September, 1935.  Pope Pius XI would lead the inauguration. 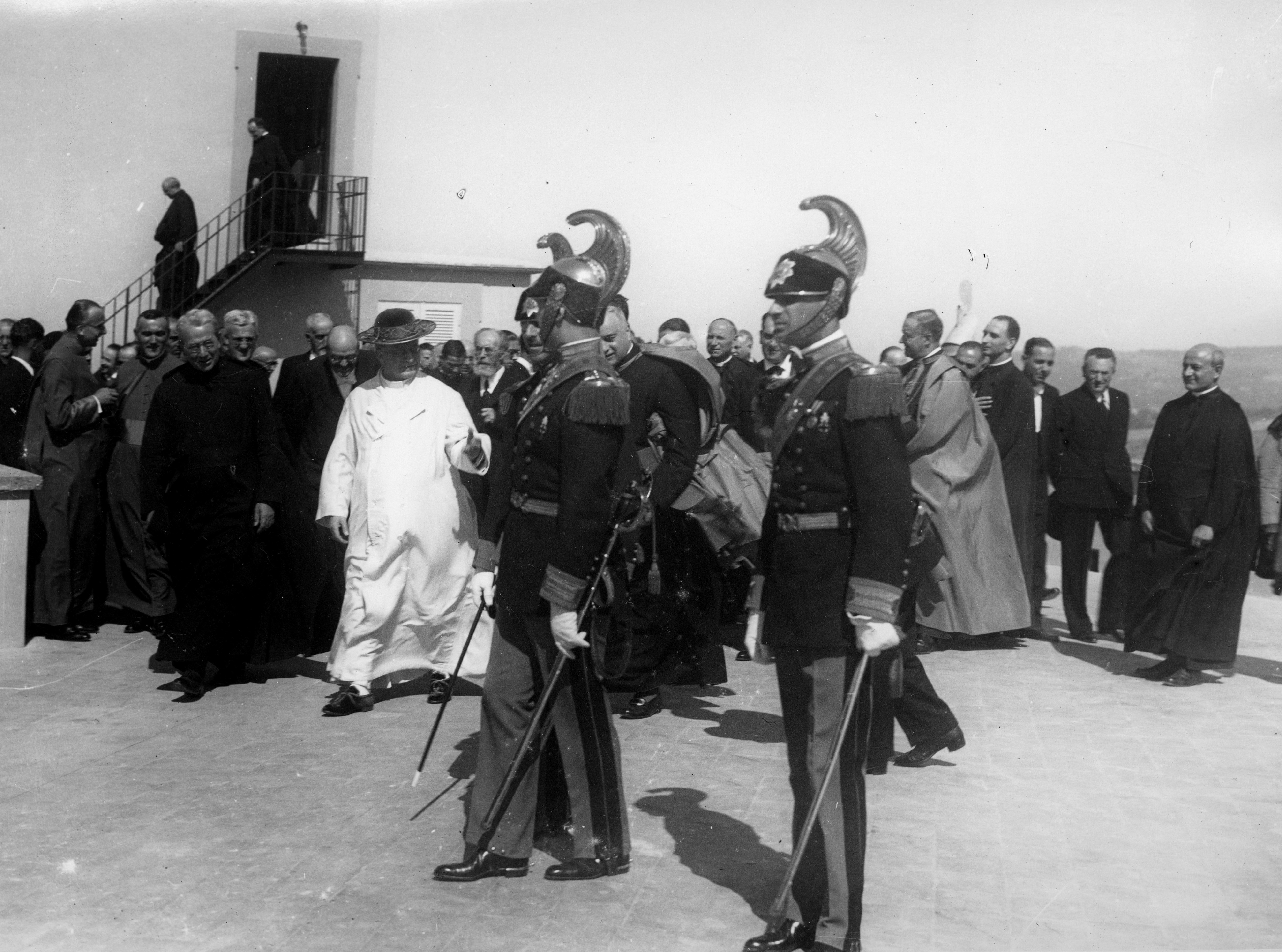 Pope Pius XI at the inauguration of the Vatican Observatory on September 29, 1935

His signature on the parchment predates this event by a year.  It is the tradition for the Popes to escape the summer heat of Rome by spending the hottest months in Castel Gandolfo. Thus, Pius XI would have occupied the Pontfical summer residence while the Specola was being relocated.  [Pope Francis prefers to remain in Rome over the summer.] 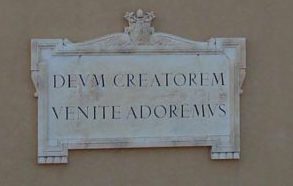 Plaque with the Vatican Observatory motto