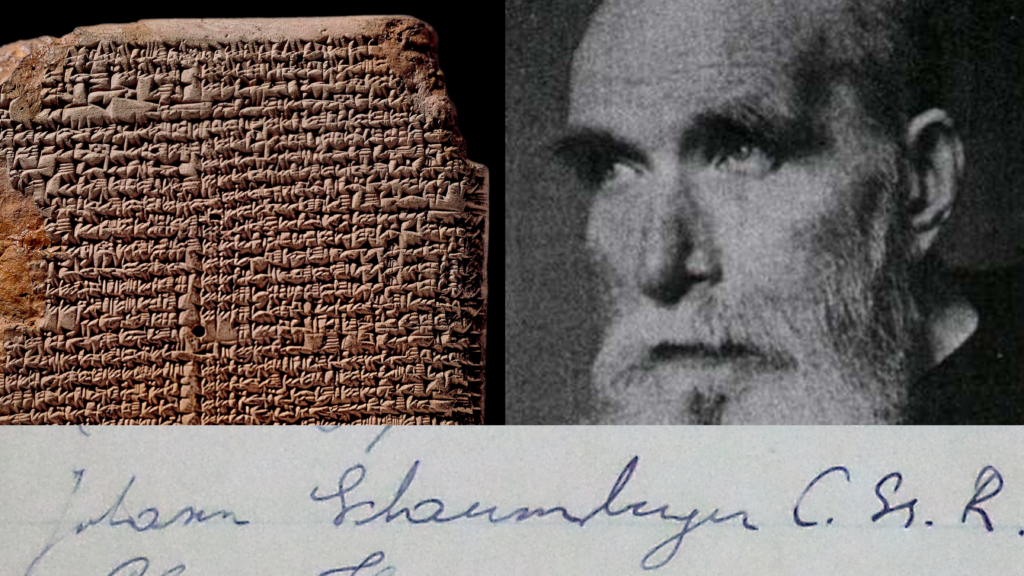 The Vatican Observatory has hosted thousands of visitors over the years. Among those who have signed our guest book, one can find Popes, Nobel laureates, authors, astronauts, and saints. Today’s entry is from September 27, 1935, when Johann Schaumberger made a visit.

Next to his name, Fr. Johann Baptist Clemens Schaumberger C.Ss.R. (1885-1955) wrote something that I haven’t been able to confirm exactly, so rather than speculate I won’t try to reproduce it here. (If anyone can provide insight based on actual knowledge or sources, please let me know.). He made the visit accompanied by Clément Heuze C.Ss.R. (????-????), an academic in Rome.

Schaumberger was a Redemptorist priest and an orientalist who took particular interest in ancient Babylonian astronomy. Continuing the work of Fr. Franz Xaver Kugler SJ (1862.1929) and in collaboration with other scholars, he collated and translated the astronomical observations recorded in cuneiform on ancient tablets.

In 1935 he published a third volume of Sternkunde und Sterndienst in Babel (“Astronomy and astrology in Babylon”; The first two volumes were published by Kugler). He had also begun work on a fourth volume, which was never published.

One of his contributions to the field was in mathematical analysis of the Babylonian theory of the orbit of the moon.

He also developed a theory based on Babylonian astronomical records that the “Star of Bethlehem” might have been a conjunction of Jupiter and Saturn.