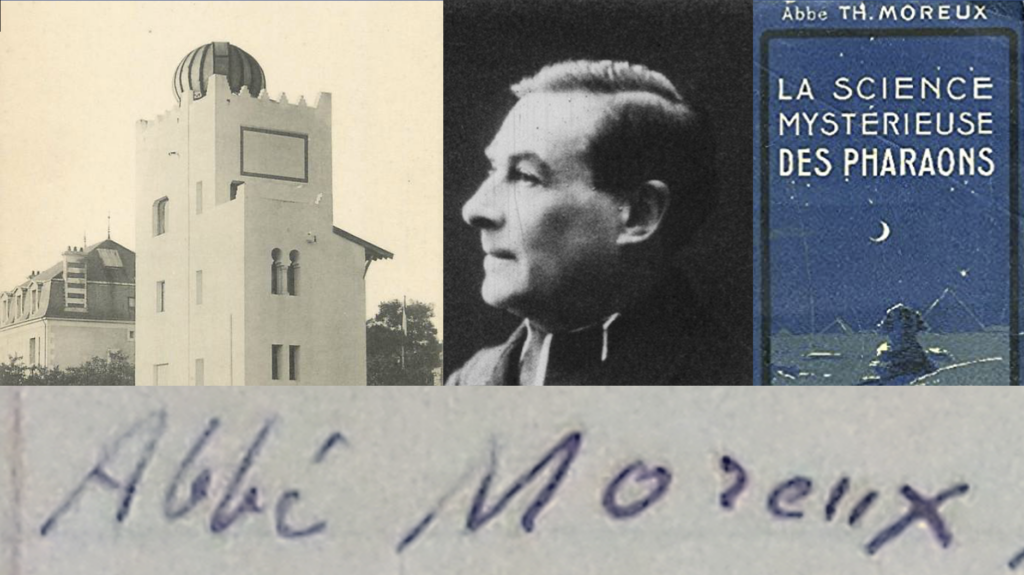 The Vatican Observatory has hosted thousands of visitors over the years. Among those who have signed our guest book, one can find Popes, Nobel laureates, authors, astronauts, and saints. Today’s entry is from September 7, 1935, when Théophile Moreux made a visit.

Next to his name, Abbé Théophile Moreux (1867-1954) wrote, “Dir. Del’observatoire de Bourges, Cher, France” (Director of the Bourges Observatory, Cher, France). He was a priest, astronomer and mathematician.

Moreux was ordained a priest in 1891, and then became a professor at St. Célestin at Bourges, a seminary school where he taught science and mathematics. There, he founded the Bourges Observatory in 1907, which he directed until his death in 1954.

With some assistance from Camille Flammarion, Moreux’s astronomical work was extensive and varied. Among other things, he studied surface features on the moon and Mars, and cast doubt on Percival Lowell’s conclusions about Mars being inhabited.

He was widely published, both in academic scientific works as well as popular texts. Of the over 100 titles that bear his name, more than half are on topics in astronomy. At least one work, La Science Mystérieuse des Pharaons (The Mysterious Science of the Pharaohs), is still in print.

He also was a dedicated meteorological observer. Moreux installed a weather station the Bourges Observatory, and recorded weather data daily from 1913 to 1950.

In 1943, he was temporarily imprisoned by the German occupiers of France for his criticism of Hitler.

There is a crater on Mars that was named for him.