The moon is just a thin crescent in the bright twilight sky as this trio of craters creep out from the lunar night. The large one on the right is Endymion (129km dia.) an ancient walled plain that was formed about 4 billion years ago (b.y.) . It’s accompanied by the younger Atlas (90km) below center with it’s contained system of Rimae Atlas a mere 3.2-3.8 b.y. old. It has a impressive ejecta blanket to the east and south where the material was piled up outside the crater wall. Atlas is followed by the shadow filled Hercules (71km) to the west, the youngest of the trio at 1.1-3.2 b.y. old. Above Atlas is a very young crater Keldysh (34km) and between them the totally ruined crater Atlas E. It’s obviously older than Atlas since the ejecta from the Atlas impact is splattered across the whole width of Atlas E.

To the east (right) of Atlas is a large flat area. This is the northern portion of Lacus Temporis. Just below the Lacus is a flat floored crater with low walls, Chevallier (54km) with a smaller, younger crater on its floor, Chevallier B (13km) and another relatively young crater, Chevallier A (22km) just outside its northwestern wall. Notice that just below Chevallier B is a grouping of 1-2km craterlets, measured on LROC Quick Map and clearly seen here. 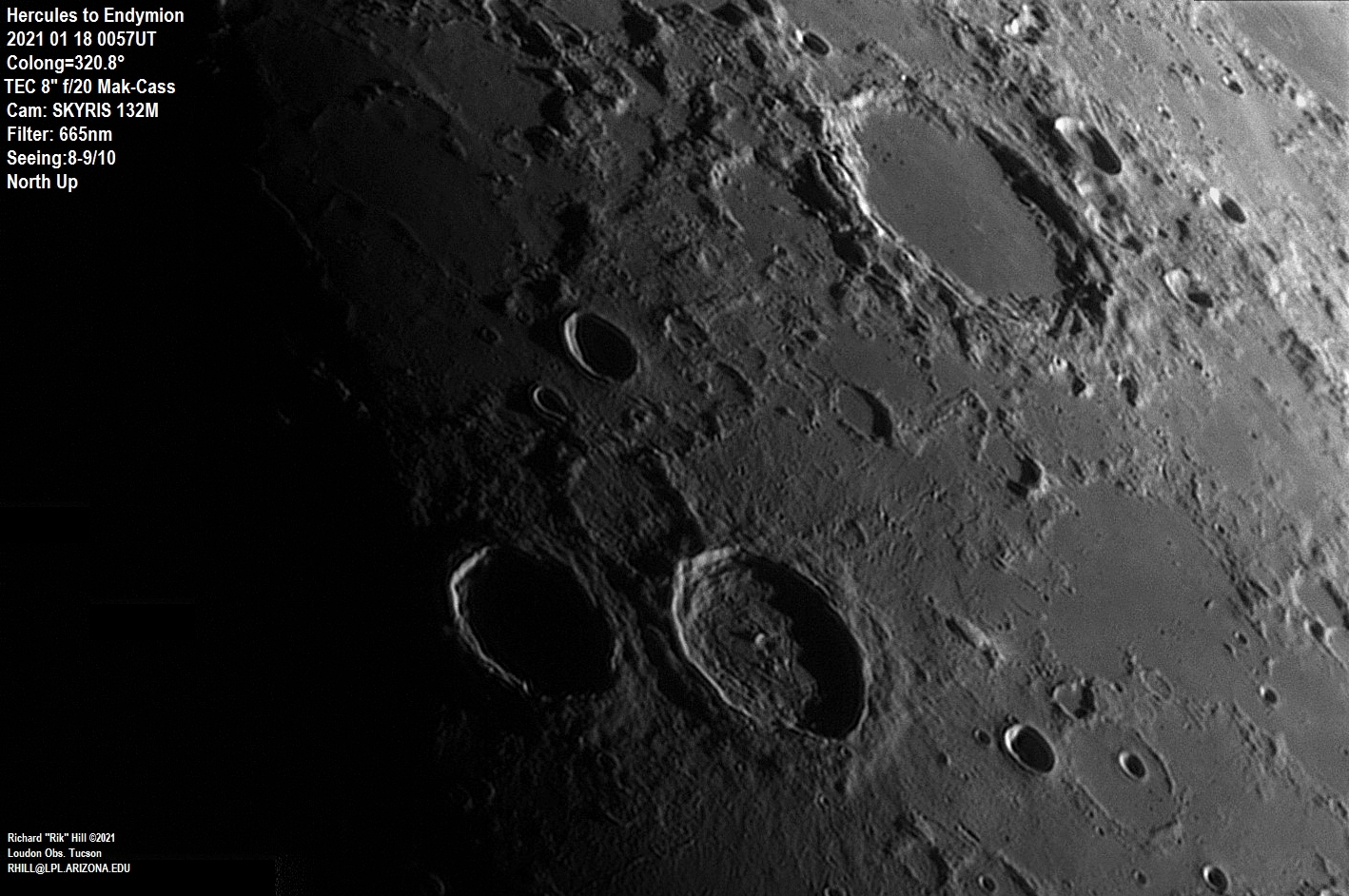