Normally a more foreshortened feature, at this libration we get a good look into Endymion, the large 125km diameter crater just right of center. As lunar night approaches we see the wonderful shadows crawling across its floor. The two large craters below and to the left (west) are Atlas (90km) and the smaller, younger Hercules (71km) with the satellite crater Hercules G (13km) on its floor. Many observers think these two are much alike but actually they are remarkably different with a smooth flat floor in Hercules and rimae, and roughness on the floor of Atlas. Even the eject is very different in the two with Atlas having a thick ejecta blanket that even covers over a much older crate to the north. Above these two is the teardrop shaped crater Keldysh (34km). Below and to the right of Atlas is a ghost crater seen best at this sun angle, Chevallier (54km), with small satellite crater Chevallier B (13km) contained within its walls. To the right of Chevallier is a flat figure-8 shaped area that is Lacus Temporis some 257km long.

Another smaller mare-like region that lies just north of Endymion is unnamed. North of this regions a hard to trace, ruined crater De La Rue with a 14km crater in the middle, De La Rue J. On its north wall are a couple more craters Strabo (56km) and to its left Thales (32km). At the top of this image is a rather polygonal crater Democritis (41km) and below it another large ghost crater Gartner (105km) opening onto easternmost Mare Frigoris similar to Fracastorius but a much weaker copy. So one way you can remember the layout is that at one END of Mare Frigoris you will find ENDymion! 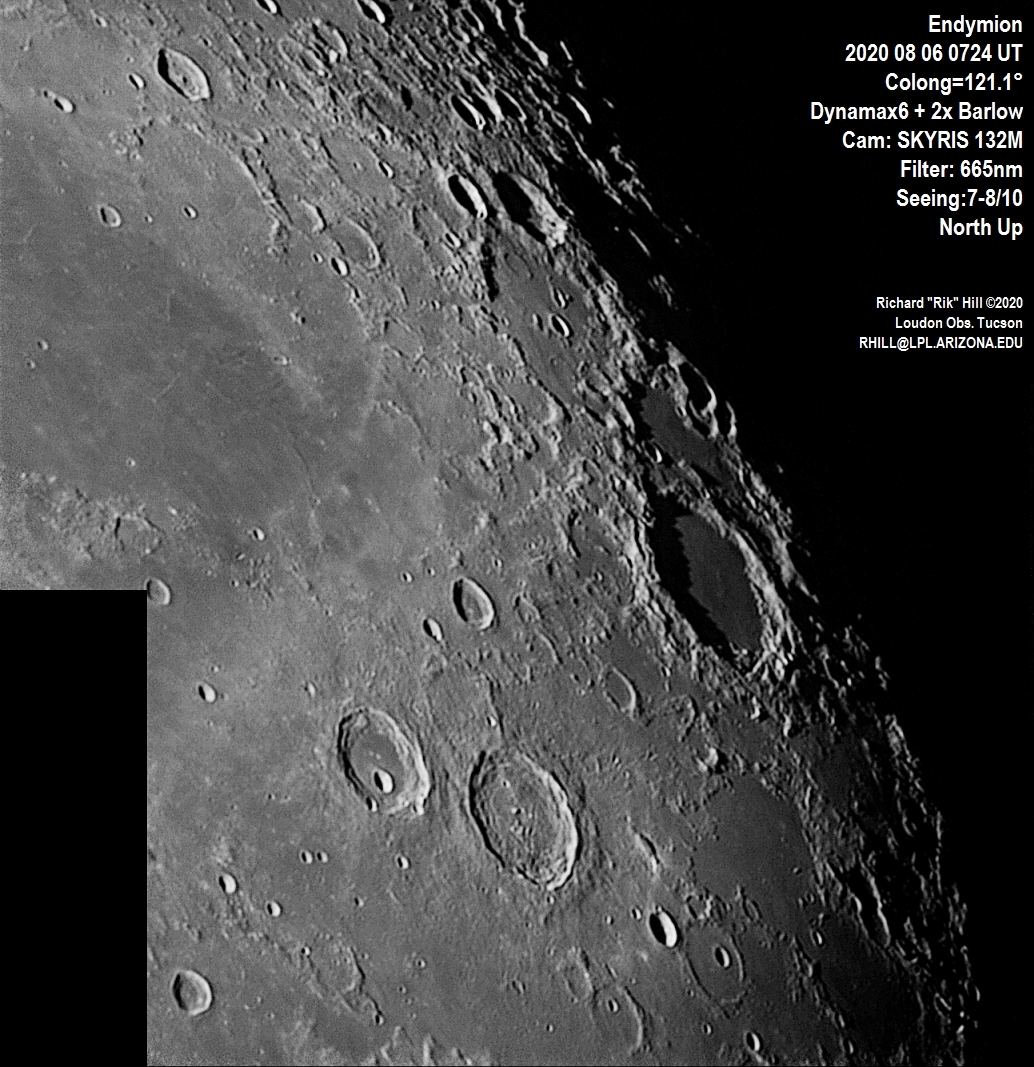