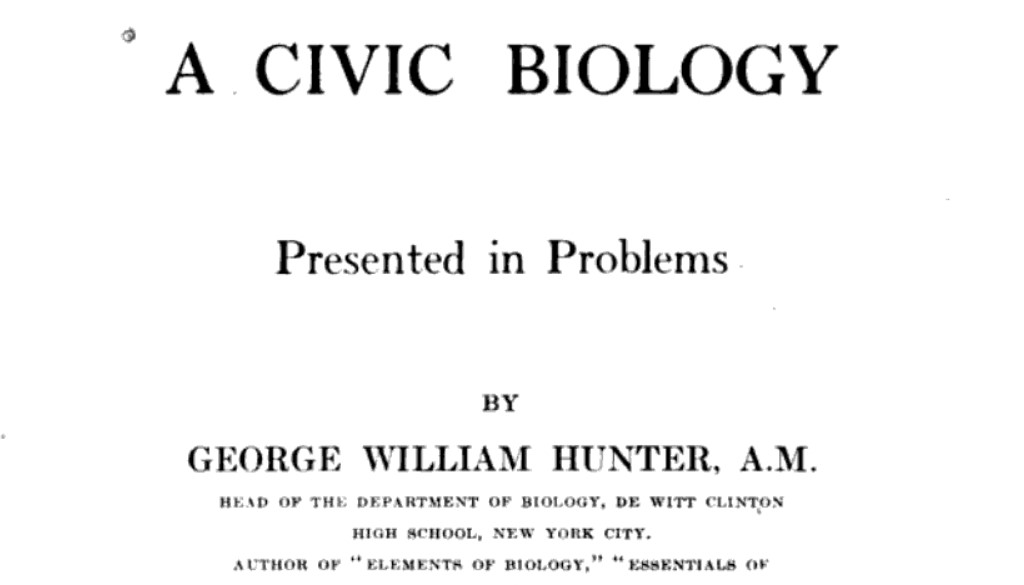 You have probably heard about the “Scopes Monkey Trial”, over the teaching of evolution in public school in Dayton, Tennessee (USA).  There, in 1925, lawyers Clarence Darrow and William Jennings Bryan duked it out in front of a packed courthouse in a sort of 1920s media circus.  Heather Gilligan has recently described the Scopes trial as being considered “the ultimate fight between science and religion”, in which “science won”.

Except that it wasn’t, and it didn’t.  Br. Guy Consolmagno, Director of the Vatican Observatory and of course the main writer here at Sacred Space Astronomy, brought up the Scopes trial in an article that was published in the Jesuit magazine La Civiltà Cattolica at the start of the year: “Covid, Fede e Fallibilità della Scienza”, or “Covid, Faith and the Fallibility of Science”.  In discussing how consequential scientific ideas are in a time of pandemic, Guy makes the case that many scientific ideas are essentially destined to be wrong.  Science, he says, is in the business of making itself obsolete; the science textbooks of our grandparents are wrong in a way that their mathematics or art or philosophy texts are not.  He notes the textbook used by John T. Scopes—a science textbook that also supported eugenics.

It certainly did.  You can see just how much Civic Biology supported eugenics by reading it: it is available on Google books.  There you can see, if you have the stomach for it, that the book was very explicit about eugenics.  It uses the word eugenics.  It openly cheerleads for eugenics.  It describes the poor, handicapped, and insane as “true parasites”, and adds, regarding a “remedy” for these parasites:

If such people were lower animals, we would probably kill them off to prevent them from spreading. Humanity will not allow this, but we do have the remedy of separating the sexes in asylums and in various ways preventing intermarriage and the possibilities of perpetuating such a low and degenerate race.

The judge at the Scopes trial, John T. Raulston, remarked that if evolution led people to feel they could disregard the Bible about the origin of human beings, then perhaps they might feel free to do so regarding its prohibition against theft.  Given the textbook Scopes used, the judge might have been more to the point if he had chosen as his example killing instead of theft.  Indeed, while Civic Biology waves this idea away, saying that “humanity” will not allow killing off people as though they were lower animals, the fact is that children with Down Syndrome are killed off regularly—in some countries virtually 100% of children with Down Syndrome are aborted.  A literal interpretation of the Bible is not always appropriate, of course, but the judge’s concern is not without merit; “humanity” is a flexible concept.

[William Jennings Bryan] was aghast at the eugenics baked into Darwin’s theory of evolution, which had already resulted in policies like state-sponsored forced sterilizations of people of color and others considered undesirable in the decades before the trial.

Bryan planned to cover his objections to eugenics in his closing statement, but he never got to deliver one. The defense, in a surprise move, declined their right to a closing statement, which meant Bryan also had to forego his. He’d planned to read from parts of Darwin’s work to make his point, including this sentence from The Descent of Man: “It is surprising how soon a want of care, or care wrongly directed, leads to the degeneration of a domestic race; but, excepting in the case of man himself, hardly anyone is so ignorant as to allow his worst animals to breed.” Darwin, he’d intended to say, “reveals the barbarous sentiment that runs through evolution and dwarfs the moral nature of those who become obsessed with it.”

Darwin’s statement about allowing the worst animals to breed is pretty stunning, in a nauseating sort of way.  No wonder the Catholic Church was cautious in its approach to evolution.

Gilligan states that “The real Scopes story… isn’t quite as simple as a parable about enlightened science versus close-minded religion.”  The science-versus-religion stories never are so simple, even though there is a small industry busy saying otherwise.  Getting history right is always quite a challenge.