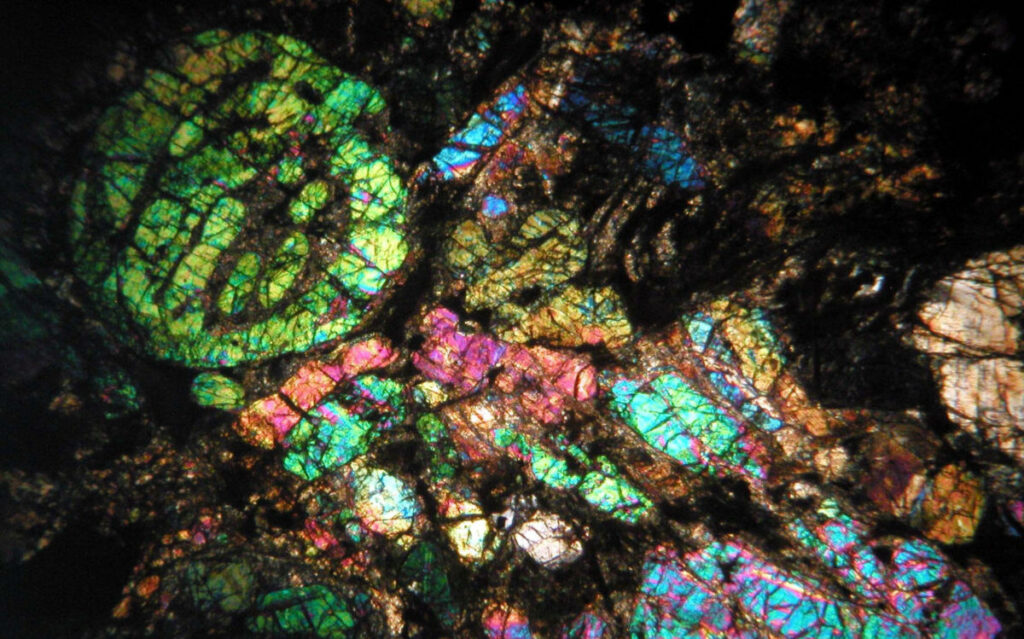 And then I wrote… In 2017, I was invited to contribute a chapter to a book called The Story of the Cosmos: How the Heavens Declare the Glory of God, which was edited by Daniel Ray and Paul M. Gould and published by Harvest House in 2019. Here I reprint my chapter, in three parts. This is part 2

There are two parts to that question, both important. What actually motivates me to get up in the morning and go to the lab; and why does society support us to do the science?

To do science requires money, and time, and talent. All of those are precious, and as carefully curated as my meteorites. Science only happens when someone is convinced that the science itself is worth the cost. And that’s something you can’t take for granted. Just talk to congressional funding committees to see what I mean.

And that means, the scientific questions that get answered are the ones that someone has decided are worth answering. When it’s done right—what the Americans do nowadays in astronomy—all the astronomers get together once every ten years, take a survey of where they think our resources should go, and prepare a white paper that guides NASA… and Congress, with luck.

When it’s done wrong—what we used to do—it’s a fight over whose university has the most powerful congress-critter who will pull rank to force the passage of a nice nugget of money that they can send home. It’s called “earmarking.” That probe to Pluto that discovered some pretty heart-shaped thingies on its surface a few years back? That was a billion-dollar earmark pushed through by the senator from Maryland, because the probe was run out of Johns Hopkins University in Baltimore, Maryland. (No surprise, the Hubble Space Telescope is based in Baltimore, too.) It was such an outrageous power play that our field finally adopted the once-a-decade survey to stop it from happening again.

The Pluto probe was a long-shot, most of us honestly didn’t expect that it would discover very much… fortunately, it got lucky. On the other hand, the fact that they got the money means that some other probe to some other destination didn’t get funded and never flew. And we don’t know what didn’t get discovered. Instead of pretty heart-shaped thingies, maybe we would have found life in the oceans of Europa.

Why does anyone do it?

But the cost is more than just getting the money to buy the equipment or pay my salary. Every human being busy doing basic research into planetary astronomy is not busy doing something else that the world might think more useful or important… better medicine, better fuel-efficient cars. Every person who teaches astronomy at a university could be perhaps better employed teaching more practical topics in the business school. Every student who is spending time learning about planets could have stayed back on the farm, raising more crops. For that matter, every drop of liquid nitrogen used in my lab is stuff not available to help breed better calves.

Again, one can argue—with validity—that basic research into the sciences, like my research into meteorites and their parent asteroids, might in some future date bring unexpected economic benefits to humankind. A running joke in the field of mathematics is that theoretical mathematicians keep trying to invent gloriously useless mathematics, only to find that a generation later these techniques turn out to be just what some scientist or engineer needed to explain and improve their own work. (Non-Euclidean geometries and group theory are two examples that come to mind.) But I think that argument misses a bigger and more important difference.

There is a temptation to divide human experience into “useful” and “useless”… say, comparing growing food versus writing poetry. That parallels the temptation to divide our human experience into separate categories, emotions versus logic, like those wonderful Star Trek characters, Kirk and Spock. But it’s a false division. Real people are not just Kirk, or just Spock. Heck, even Kirk and Spock were not really Kirk or Spock. No experience is purely utilitarian, or completely useless.

I’d say this sort of false dichotomy is the same as the temptation to divide our lives into airtight compartments of faith versus science. As a scientist at the Vatican, I get asked about science and religion all the time. And it was one such conversation that gave me an interesting insight into the topic at hand—why we do science. Oddly enough, that conversation was with Captain Kirk.

How I wound up talking to William Shatner, the actor who played Captain Kirk in the original series… well, it’s a long story, too long to go into here. But when I described myself as a Jesuit scientist, he was flabbergasted. “Wait a minute, wait a minute!” he said. And as we talked, it suddenly became clear to me, something so obvious to him but that I had never grasped before. He saw religion and science as two separate and, indeed, competing sets of truths. Two big books of facts. And what should happen if the facts in one book contradict the facts in the other?

The orbits of the planets are facts. Now, you can describe them by Ptolemy’s epicycles, circles within circles encircling the Earth; or they can be described by Kepler’s ellipses around the Sun. Actually, Ptolemy’s epicycles are more precise. With an infinite number of circles you can match perfectly the orbits of any body, while Kepler’s ellipses are only approximately true, since they don’t account for how one planet pulls on the orbit of another.

But only Kepler’s ellipses will lead to the insight of Newton’s law of gravity.

Science is not the facts of the orbits; it is what you do with those facts. It is the search for insights that comes from those facts. And it is also being open to the realization that Newton’s insights, Newton’s laws, are also not the last word. Not even Einstein’s General Relativity, the modern replacement for Newton, is the last word. I suspect that science in the year 3000 will look very different from what we’re teaching today.

And incidentally, our faith is not based on rigid certainties, either. I had told William Shatner the phrase that Anne Lamont famously used to describe faith: “the opposite of faith is not doubt; the opposite of faith is certainty.” (She was actually quoting a famous theologian, Paul Tillich, who used a whole lot more words to make the same point.) That was completely the opposite of what he thought faith was about. He’d heard the phrase “blind faith” and thought that meant accepting something as certain without looking, or worse, closing your eyes to the facts and proceeding on emotion. But that’s not faith at all.

Blind faith is not walking with blindfolds, blinding ourselves to truth. It’s proceeding after we’ve done everything we can to see, and still can’t see everything. Because even when we are blind, when we can’t see, when we don’t have total and complete knowledge of the truth, we still have to proceed. If we knew the answer, we wouldn’t need faith. Certainty is the opposite of faith.

But we don’t know. We never have all the facts. And so faith is how we deal with the fact that we have to proceed anyway, make choices about where we’ll go to school, what career we’ll pursue, where we’ll live, whom we’ll marry.

Or what science we will do.

All of life is making crucial decisions on the basis of inadequate information. It’s a leap of faith to choose a field of research, to start a new project, to choose to put these experiments on your spacecraft and leave these other ones off.

Which returns us to the question: why does anyone become something as useless as a professional meteoriticist?

Why did I decide to study planetary sciences? I started as a history major at Boston College. But my best friend from high school was up the road at the Massachusetts Institute of Technology, and I used to hang out there with him every weekend. They had weekend movies, and you could explore tunnels in the basements connecting the buildings, and in the student center was the world’s largest library of science fiction. It was truly the home of nerds and geeks. People like me. I wanted to be a fellow nerd; why not go to a nerd school?

When I applied to transfer, they wanted me to declare a major. I figured I was too incompetent to build things like an engineer, and I was afraid of trying to hold my own against physics majors who’d been studying the stuff all through high school—I had spent my high school years doing Latin and Greek. When I saw the “Earth and Planetary Sciences” department I thought, “Planets! That’s where people have adventures!”

The Fellowship of the Nerds

They accepted me. And when I got there, I discovered to my horror that I was joining the geology department. Geology? What could be more boring than studying rocks?

Still, I was ecstatically happy just to be there, happy like I didn’t think could ever be possible. Being a nerd was what I was good at; but more important, this was where I belonged… even if it meant staring at a bunch of rocks.

And then I took a course on meteorites. Rocks that fall from the sky. Pieces of outer space that you can actually hold in your hands! I was hooked. In order to get closer to these wonderful bits of science-fiction, I threw myself into understanding the physics and chemistry of how rocks were formed.

But more to the point, it wasn’t just the work. It was being a part of a community of fellow nerds. I would venture to say that for every Harry Potter fan who wishes he or she could do magic, there are a dozen who would be happy just to live at Hogwarts. One of the longings I had, reading Lord of the Rings, was to be a part of a Fellowship. Science is sharing stories with a community, stories about what we’ve learned of the natural world.

3  |  With a long view…lessons from Africa