This has been a great year for the Vatican Observatory Foundation, in a lot of ways. We’ve made major upgrades to the Vatican Advanced Technology Telescope. We supported a fantastically successful Vatican Observatory Summer School, the 16th that we’ve run since the program began in 1986. The Jesuits and our adjunct astronomers have given hundreds of public talks and appeared in dozens of newspapers and media interviews. (I even got my picture on the front page of the New York Times!) Our Faith and Astronomy digital library is now up and running, at it has already attracted nearly 50,000 views. And the Catholic Astronomer website is now followed by more than 8,000 subscribers. In terms of supporting the scientific and educational work of the Vatican Observatory, we’ve never done more. 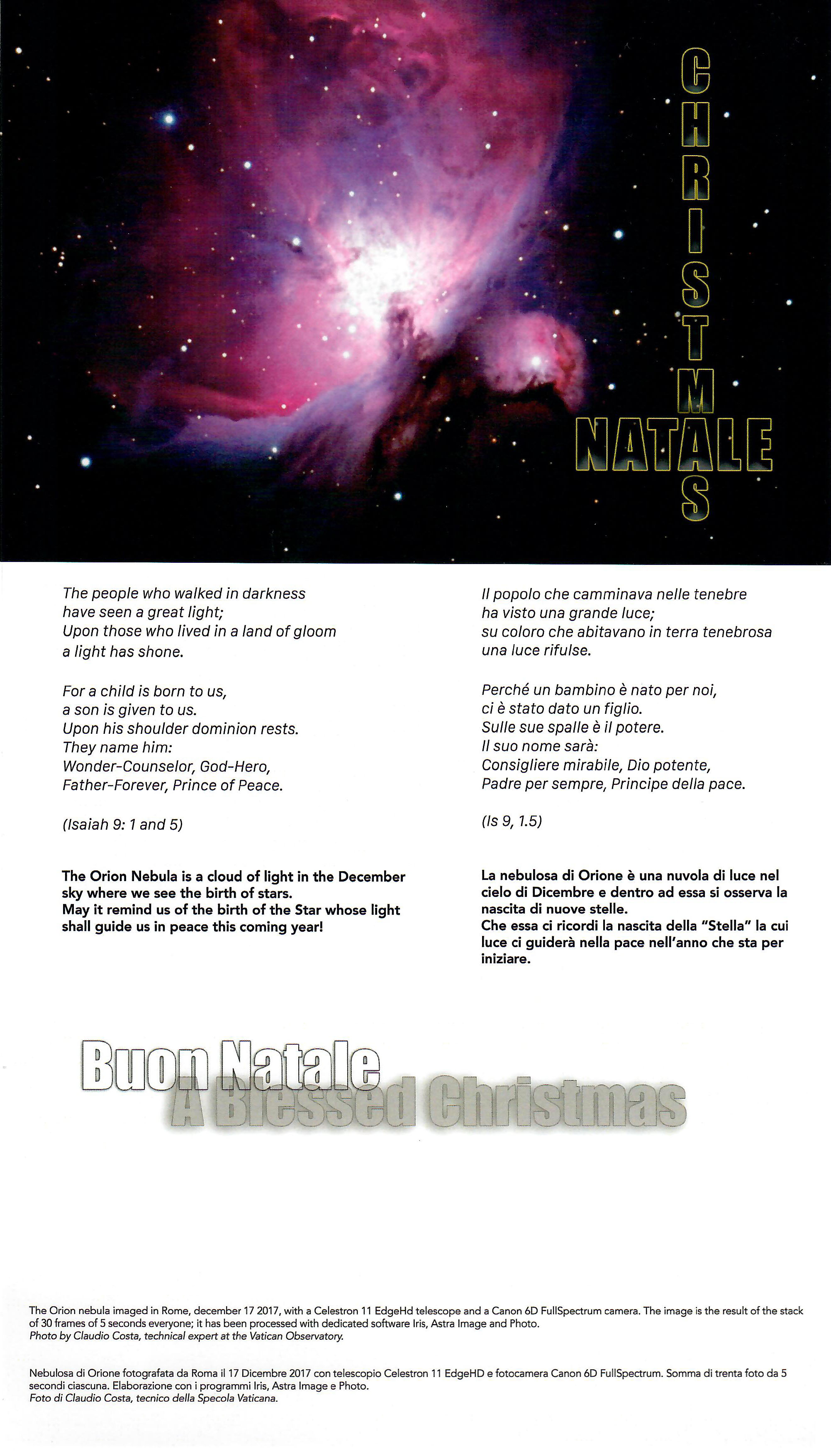 The one downside? We are running seriously short in fundraising.

How serious? Well… every year we make up a budget, and for 2018 we assumed that we’d be able to raise $600,000 in donations from foundations, major benefactors, and many individual donors. This goal was admittedly optimistic, but it wasn’t out of line with what we had done in previous years.

Granted, the biggest burst of giving comes at the end of the year, as people look to adjust their balance sheets for tax purposes and so forth. But still… to make up two-thirds of our budget in one month? That’s a steep hill to climb.

And, after all, in a world filled with immediate and serious issues, why should anyone pay for astronomy?

Well… precisely because we are always faced with immediate and serious issues; that’s why we also need to take time to lift our eyes to the sky and remember the greater things, the things that feed not just our bellies but our soul. We don’t live by bread alone. Genesis 1 tells us that while God spent six days laboring over creation, the climax and goal of the Week of Creation was the Sabbath – the time when we get the chance to sit back and appreciate what He hath wrought.

After all, consider Galileo. Everyone knows he got in trouble with the Pope; who remembers the name of the Pope? Who was King of England, the year that Herschel discovered Uranus? Who was the richest banker in Switzerland, when Einstein proposed his theory of Relativity? Who had the best selling song on the Hit Parade, the week that the Hubble Space Telescope was launched? The things that most occupy our attention, day to day, are often the things we most quickly forget.

Now here are three things I would like you to think about.

First… you know, each year the US government supports NASA to a tune of less than one percent of its annual budget. Likewise, the Vatican City State dedicates around one percent of its annual budget (a lot less than the US budget!) to support the Vatican Observatory in Rome. Consider your own giving this past year… to charities, to schools, to political candidates. All of that was certainly worthwhile. Might I suggest, though, that perhaps you could also find at least one percent of your total giving to support our astronomy?

My other two ideas won’t cost you a cent. The fact is, even better than getting another donation from you (much as we will appreciate it!) would be if you could let a friend or relative know about us and have them join in on our work. There’s a hundred million Catholics in America, and (in spite of our efforts) about 99,999,000 aren’t on our mailing list yet. Spread the word!

My last request? Well, let me speak from my experience as the Foundation’s president. At the beginning of this letter I bragged about all the wonderful things the Foundation is doing. But 90% of those things happened because people just showed up, out of the blue, offering exactly the skill or talent or ideas that we needed at just that moment. They were answers to prayers. So please, if nothing else, take a moment and say a prayer for us.

Together we can remind the world of the Glory that God has proclaimed in His Heavens!

Wishing you a blessed holiday season!

(We sent this letter to all the VOF supporters on our mailing list; if you want to join that list and get updates on things we are doing, stuff far more interesting that how fast we’re going broke, subscribe by clicking here…)