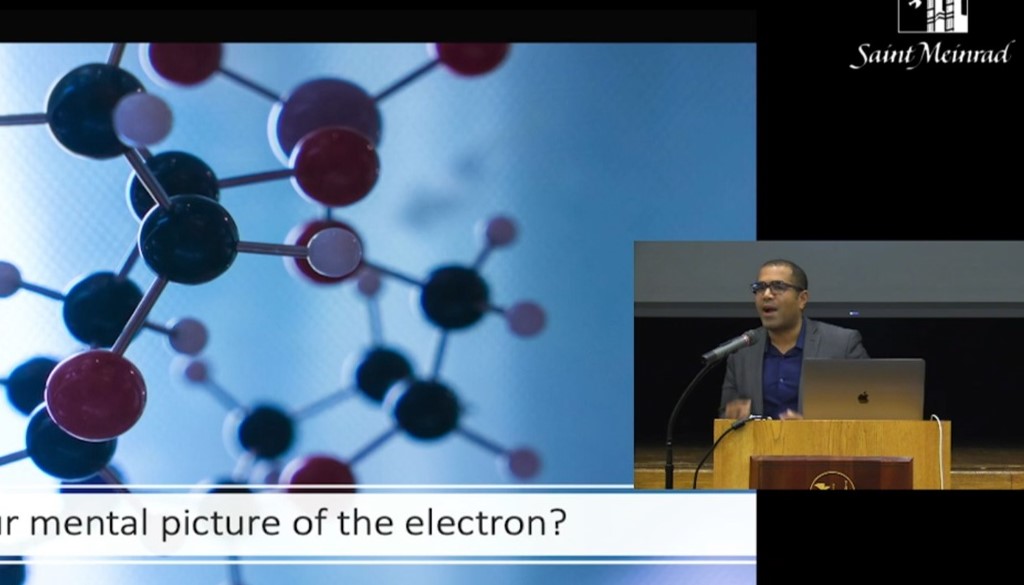 This past March the St. Meinrad Seminary and School of Theology in Indiana (USA) hosted “The Gospel of Jesus Christ in Big History” (March 22 – 23).  It consisted of four lectures on the connections between science and faith.

Interestingly, it was funded by a grant from the American Association for the Advancement of Science (AAAS), which has been around since the 1840’s and publishes the prominent journal Science, among other things.  This was part of the AAAS’s “Science for Seminaries” project, which itself is a project of the AAAS Dialogue on Science, Ethics and Religion (DoSER) program in partnership with the Association of Theological Schools (ATS), funded by the John Templeton Foundation.  The goal of the AAAS efforts is “to foster a positive understanding of science among future religious leaders and to encourage informed dialogue on scientific topics among those leaders and their congregations”.

The speakers included (in order of their talks):

All of these talks are available on St. Meinrad’s web site.  But I went to St. Meinrad (with my wife) and saw them in person.

Kartje’s talk was notable in that he spoke directly to the seminarians that comprised the bulk of the audience.  Here was a priest and rector of a seminary, speaking to the upcoming generation of priests, referencing practical difficulties that they might face as priests.  His talk was in part about what these seminarians might encounter on the subject of science when talking to parishioners outside the church doors on Sunday morning.

However, I found the talk by Kurian to be the most interesting—enough so that I added it to the Faith and Science Resource Center here at VaticanObservatory.org.  This might be because Kurian is a physicist who got started as a math teacher in North Philadelphia.  (That is not too far removed from being an astronomer who taught in a community college!)  His presentation was clear, accessible, and passionate, interlacing ideas from science with references to scripture.

He also discussed how science becomes increasingly specialized, and increasingly isolated.  Everyone can investigate and talk about a tree; a rainbow requires more knowledge and specialization and special tools for investigation and discussion; an electron requires far more still.  There is a problem here as scientists pursue their own areas of specialization further and further: scientists knowing more and more about less and less, and being so specialized that they can communicate their knowledge with hardly anyone.

I have my doubts as to whether these talks will “foster a positive understanding of science among future religious leaders and encourage informed dialogue on scientific topics among those leaders and their congregations”.  A few months ago I wrote here at Sacred Space Astronomy about former Vatican Observatory Director Fr. George Coyne S.J., Pope John Paul II, and the whole business of “faith and science” lectures.  Such things have been going on for quite a while, yet positive understanding and informed dialogue remain elusive—or effectively non-existent.  Therefore we have to ask whether they do much good, or whether they mainly appeal to people who like faith and science lectures.  Maybe we need, more than lectures, exactly the sort of thing that Fr. Coyne dismissed: a faith and science parade, with floats and balloons—or something like that.

My wife and I sure enjoyed “The Gospel of Jesus Christ in Big History”.  I hope it accomplishes what it is intended to accomplish.  I’d still like to see someone try a parade.