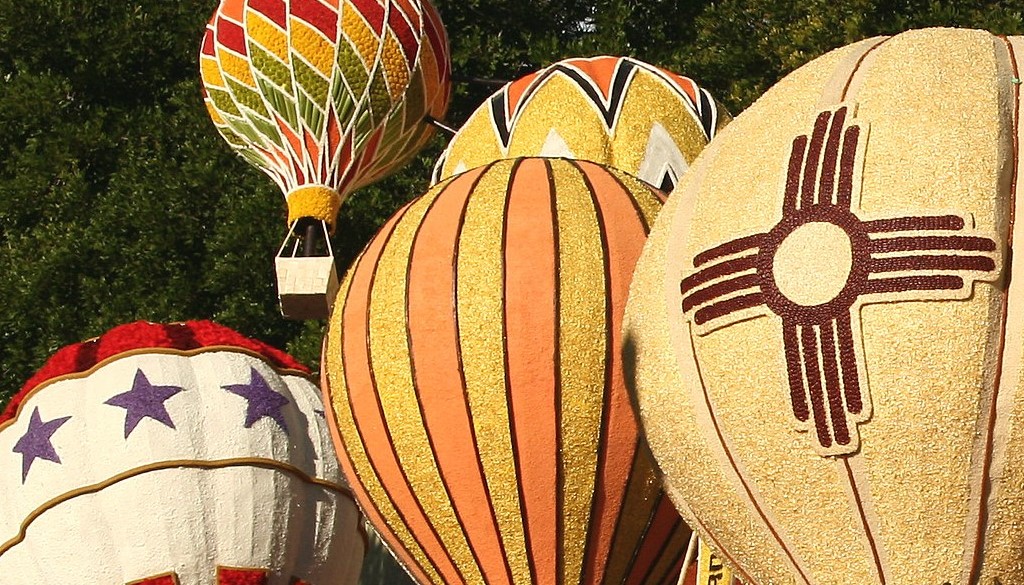 It is the year 2022, and people continue to perceive broad conflict between Faith and Science.  Indeed, religion’s supposed conflict with science ranks high on the list of reasons given by people, especially young people, for abandoning church and faith in great numbers, causing marked changes in religious affiliation on a country-wide level.  According to some writers, the supposed Faith-Science conflict ranks atop that list.

The Church has of course long tried to address this matter.  Consider Fr. George Vincent Coyne, S. J., Director of the Vatican Observatory from 1978 to 2006.  He is responsible for much that is today’s V.O.; both the Vatican Advanced Technology Telescope on Mt. Graham in Arizona and the Vatican Observatory Summer Schools at Castle Gandolfo came into existence under his long watch, for example.  He addressed the subject of Faith and Science often.  After all, one of the reasons Pope Leo XIII gave for establishing the V.O. in its modern form was to show that “the Church and her Pastors… embrace [science], encourage it, and promote it with the fullest possible dedication.”

At the very end of last year, the V.O. received from the printer copies of a commemorative edited collection of Fr. Coyne’s works that contains much of his Faith and Science writings.  The book is titled From the Director, after a section that Fr. Coyne initiated within the V.O. Annual Report (you can get a copy of the book by contributing to the Fr. Coyne Memorial Fund—click here for details).  Within From the Director is this, from an interview Fr. Coyne gave after his retirement from the directorship:

During those years, we opened a research institute in Arizona, built a two-meter telescope there, and then opened summer schools in astrophysics at Castel Gandolfo…. John Paul II supported that to the hilt right from the start. From the very beginning of his papacy, John Paul II wanted to establish a dialogue between the culture of religious faith and the culture of the natural sciences….

When it came time to celebrate the 300th anniversary of Newton’s Principia in 1987, he asked our advice. We said, rather than having a parade with floats and balloons, let’s have a conference on the interaction between faith and science. So we did. A book that came out of that conference was Physics, Philosophy, and Theology. John Paul II wrote the preface to that book…. published separately in the form of a letter….

That letter by John Paul is a significant piece of work on the topic of Faith and Science.

However, in hindsight, I think Fr. Coyne and Pope St. John Paul II might have made the wrong choice.  They had the conference and the book, and yet here in 2022 people are leaving religion in droves and saying “science” as they do so.  They are unpersuaded by the conference, the book or the letter; or they are wholly overwhelmed by them; or they are wholly unaware of them.  Standing in 2022, it seems that papers and books and conferences about Faith and Science did not sufficiently help people with their Faith and Science questions.  Perhaps the Pope and Fr. Coyne should have had the parade with floats and balloons.  Pope John Paul still could have written that letter.

What else might be of help to the Faith and Science issue, other than a parade at the Vatican?  I have four ideas, although they are not necessarily my own, and whether they are any better than what has already been done in the area of Faith and Science I cannot say—although my gut tells me they are worth a try.  I have not had them for that long.  For some years now I have edited the Faith & Science Resource Center here at VaticanObservatory.org, and when I first started, I thought that what such a resource center needed was lots more of the kind of stuff Fr. Coyne wrote.  After all, I write papers and go to conferences myself. Now I think that maybe papers and conferences have limited usefulness in this area.

Faith and Science Idea #1: A Bench

St. Mary’s Church in Westville, Illinois is home to a monument/bench honoring both the science of gravity waves and a son of the parish involved with gravity-wave research (click here for a post on this).  Fr. Timothy Sauppé, pastor of the church, is the mind behind this idea.  Who among the regular church-goers at St. Mary’s will now accept uncritically the idea that there is some deep conflict between church and science?  O Readers of Sacred Space Astronomy, setting aside schools and museums, where do you see science celebrated in our built environment?  Hardly anywhere.  But the parishioners of St. Mary’s now regularly see science celebrated, at their church.  Ponder that.  So, F&S Idea #1 is to make durable, simple reminders of the non-conflict between Faith and Science a more regular part of the built environment of our churches.

Gold Masses for science and the scientific community are a new thing, promoted by the Society for Catholic Scientists—click here for a recent post on the Gold Mass celebrated by Archbishop Joseph Kurtz of the Archdiocese of Louisville, Kentucky.  Again, who, upon seeing the leader of their local faith community, celebrating science at a mass, is going to uncritically buy in to the idea of Faith-Science conflict?  So F&S Idea #2 is more Gold Masses.

Many prominent scientists were and are people of faith; we need to tell their stories at a level that can engage a younger reader (middle school and below).  Erudite discussions on Faith and Science are probably not going to reach the younger people, but true stories of real people might.  Consider the young person who knows who Isaac Newton and Agnes Clerke and Benjamin Banneker (or even George Coyne) really were, and what they thought and wrote about science and God and faith.  That person is probably not going to accept the “conflict” idea uncritically.  They shouldn’t, given that Newton, for example, one of the most prominent scientists in history, was quite the man of faith.  So F&S Idea #3 is historical biography of faith-full scientists for younger people.

Below are links to some material of this nature we have been developing here at VaticanObservatory.org.  It is limited, but I doubt you can find much more elsewhere (and if you can, please let me know):

Faith and Science Idea #4: Ask a Different Audience for Advice and Leadership

The idea of a Faith-Science conflict has not had a uniform impact across the whole religious world.  Some people arguably have been much less affected by the “I’m abandoning my faith, and science is part (or all) of why” phenomenon.  One notable group here is African Americans.

Consider the familiar story of faith-filled young people going off to college, losing their faith, and telling their mortified parents that they won’t be going go to Christmas mass (while dropping the word “science” into the conversation)—the story that says that the experience of education, which of course includes science education, often results in a loss of faith.  But in the book American Grace: How Religion Divides and Unites Us, authors Robert D. Putnam of Harvard and David E. Campbell of Notre Dame note that education levels among the African American population have risen greatly, such that the percentage of African Americans who go to college now dwarfs that of a couple generations ago, and yet church affiliation within the African American community remains relatively strong and African American churches tend toward relatively orthodox/traditional beliefs.

Moreover, the broader modern culture seems to not see “Faith and Science” questions as important when the subject is African Americans and religion.  For example, churches with predominantly African American congregations have been visibly engaged in the fight against COVID-19, conducting vaccination campaigns and serving as vaccination sites, with church leaders publicly receiving vaccine shots and speaking out on the seriousness of the virus.  I have heard no one say to them, “don’t you church-going people oppose science?” or give an obligatory historical “religion and science” disclaimer before talking about these activities.  By contrast, consider several NPR stories:

No doubt African Americans do not stand alone, and there are other groups within the church for whom the above applies.  Seeking out such folks (who might not be thinking of themselves as having special insight into the subject of “Faith and Science”) is F&S Idea #4.  It is also the least developed idea of the four, on which I have made the least progress, so I welcome comments from Readers who may have advice to offer.

So those are my four ideas.  If Pope Francis decides he wants to re-emphasize the dialogue between the culture of religious faith and the culture of the natural sciences, and finds a good opportunity to celebrate an important scientific anniversary, and asks the V.O.’s advice on what to do, and Br. Guy asks my opinion….

I would say that we should in fact have a Big Parade with floats and balloons, followed by a Gold Mass at St. Peter’s.  Both the parade and the homily at the Mass should feature both important scientists who were faithful people and the thoughts of people from communities within the church that have handled the Faith and Science subject well.  And as part of the celebration we will establish resources to encourage and support the honoring of science within the built environment of churches, and to produce historical biographies of those prominent scientists for young people.  And I think that will “move the needle” on the continued perception of broad conflict between Faith and Science more than further papers and conferences.

But if such a celebration never happens, hopefully the work we are doing here, and the ideas we are trying out, will move the needle a bit anyway.  We could use support in this Faith and Science work—if you are interested, click here (Fr. Coyne Memorial) or click here (regular support).

*Consider the oft-cited opening statement from John L. Heilbron’s 1999 The Sun in the Church that “The Roman Catholic Church gave more financial and social support to the study of astronomy for over six centuries… than any other, and, probably, all other, institutions.”  Consider books such as Ronald L. Numbers’s 2010 Galileo Goes to Jail and Other Myths about Science and Religion that have sought to debunk ideas like that of the Church rejecting science.  Both authors are well-regarded; both books are published by Harvard University Press.