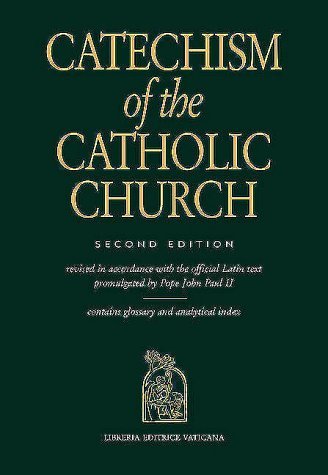 The following are the paragraphs within the Catechism of the Catholic Church that contain references to natural science, scientists, and scientific research. Some of these paragraphs discuss science directly. In others the reference to science is merely tangential. Click on the boldfaced paragraph numbers to go to the appropriate section in the English text of the Catechism found on the web page of the Vatican (this will also provide access to the notes numbered in these paragraphs). The paragraphs here are based on the Vatican English text, as available in September of 2017.

31 Created in God’s image and called to know and love him, the person who seeks God discovers certain ways of coming to know him. These are also called proofs for the existence of God, not in the sense of proofs in the natural sciences, but rather in the sense of “converging and convincing arguments”, which allow us to attain certainty about the truth. These “ways” of approaching God from creation have a twofold point of departure: the physical world, and the human person.

39 In defending the ability of human reason to know God, the Church is expressing her confidence in the possibility of speaking about him to all men and with all men, and therefore of dialogue with other religions, with philosophy and science, as well as with unbelievers and atheists.

159 Faith and science: “Though faith is above reason, there can never be any real discrepancy between faith and reason. Since the same God who reveals mysteries and infuses faith has bestowed the light of reason on the human mind, God cannot deny himself, nor can truth ever contradict truth.”37 “Consequently, methodical research in all branches of knowledge, provided it is carried out in a truly scientific manner and does not override moral laws, can never conflict with the faith, because the things of the world and the things of faith derive from the same God. The humble and persevering investigator of the secrets of nature is being led, as it were, by the hand of God in spite of himself, for it is God, the conserver of all things, who made them what they are.”38

283 The question about the origins of the world and of man has been the object of many scientific studies which have splendidly enriched our knowledge of the age and dimensions of the cosmos, the development of life-forms and the appearance of man. These discoveries invite us to even greater admiration for the greatness of the Creator, prompting us to give him thanks for all his works and for the understanding and wisdom he gives to scholars and researchers. With Solomon they can say: “It is he who gave me unerring knowledge of what exists, to know the structure of the world and the activity of the elements. . . for wisdom, the fashioner of all things, taught me.”121

284 The great interest accorded to these studies is strongly stimulated by a question of another order, which goes beyond the proper domain of the natural sciences. It is not only a question of knowing when and how the universe arose physically, or when man appeared, but rather of discovering the meaning of such an origin: is the universe governed by chance, blind fate, anonymous necessity, or by a transcendent, intelligent and good Being called “God”? And if the world does come from God’s wisdom and goodness, why is there evil? Where does it come from? Who is responsible for it? Is there any liberation from it?

1673 When the Church asks publicly and authoritatively in the name of Jesus Christ that a person or object be protected against the power of the Evil One and withdrawn from his dominion, it is called exorcism. Jesus performed exorcisms and from him the Church has received the power and office of exorcizing.176 In a simple form, exorcism is performed at the celebration of Baptism. The solemn exorcism, called “a major exorcism,” can be performed only by a priest and with the permission of the bishop. The priest must proceed with prudence, strictly observing the rules established by the Church. Exorcism is directed at the expulsion of demons or to the liberation from demonic possession through the spiritual authority which Jesus entrusted to his Church. Illness, especially psychological illness, is a very different matter; treating this is the concern of medical science. Therefore, before an exorcism is performed, it is important to ascertain that one is dealing with the presence of the Evil One, and not an illness.177

1723 The beatitude we are promised confronts us with decisive moral choices. It invites us to purify our hearts of bad instincts and to seek the love of God above all else. It teaches us that true happiness is not found in riches or well-being, in human fame or power, or in any human achievement – however beneficial it may be – such as science, technology, and art, or indeed in any creature, but in God alone, the source of every good and of all love:

All bow down before wealth. Wealth is that to which the multitude of men pay an instinctive homage. They measure happiness by wealth; and by wealth they measure respectability…. It is a homage resulting from a profound faith … that with wealth he may do all things. Wealth is one idol of the day and notoriety is a second…. Notoriety, or the making of a noise in the world – it may be called “newspaper fame” – has come to be considered a great good in itself, and a ground of veneration.24

1942 The virtue of solidarity goes beyond material goods. In spreading the spiritual goods of the faith, the Church has promoted, and often opened new paths for, the development of temporal goods as well. And so throughout the centuries has the Lord’s saying been verified: “Seek first his kingdom and his righteousness, and all these things shall be yours as well”:47

For two thousand years this sentiment has lived and endured in the soul of the Church, impelling souls then and now to the heroic charity of monastic farmers, liberators of slaves, healers of the sick, and messengers of faith, civilization, and science to all generations and all peoples for the sake of creating the social conditions capable of offering to everyone possible a life worthy of man and of a Christian.48

2292 Scientific, medical, or psychological experiments on human individuals or groups can contribute to healing the sick and the advancement of public health.

2293 Basic scientific research, as well as applied research, is a significant expression of man’s dominion over creation. Science and technology are precious resources when placed at the service of man and promote his integral development for the benefit of all. By themselves however they cannot disclose the meaning of existence and of human progress. Science and technology are ordered to man, from whom they take their origin and development; hence they find in the person and in his moral values both evidence of their purpose and awareness of their limits.

2294 It is an illusion to claim moral neutrality in scientific research and its applications. On the other hand, guiding principles cannot be inferred from simple technical efficiency, or from the usefulness accruing to some at the expense of others or, even worse, from prevailing ideologies. Science and technology by their very nature require unconditional respect for fundamental moral criteria. They must be at the service of the human person, of his inalienable rights, of his true and integral good, in conformity with the plan and the will of God.

2301 Autopsies can be morally permitted for legal inquests or scientific research. The free gift of organs after death is legitimate and can be meritorious. The Church permits cremation, provided that it does not demonstrate a denial of faith in the resurrection of the body.92

2314 “Every act of war directed to the indiscriminate destruction of whole cities or vast areas with their inhabitants is a crime against God and man, which merits firm and unequivocal condemnation.”110 A danger of modern warfare is that it provides the opportunity to those who possess modern scientific weapons especially atomic, biological, or chemical weapons – to commit such crimes.

2417 God entrusted animals to the stewardship of those whom he created in his own image.197 Hence it is legitimate to use animals for food and clothing. They may be domesticated to help man in his work and leisure. Medical and scientific experimentation on animals is a morally acceptable practice, if it remains within reasonable limits and contributes to caring for or saving human lives.

2500 The practice of goodness is accompanied by spontaneous spiritual joy and moral beauty. Likewise, truth carries with it the joy and splendor of spiritual beauty. Truth is beautiful in itself. Truth in words, the rational expression of the knowledge of created and uncreated reality, is necessary to man, who is endowed with intellect. But truth can also find other complementary forms of human expression, above all when it is a matter of evoking what is beyond words: the depths of the human heart, the exaltations of the soul, the mystery of God. Even before revealing himself to man in words of truth, God reveals himself to him through the universal language of creation, the work of his Word, of his wisdom: the order and harmony of the cosmos – which both the child and the scientist discover – “from the greatness and beauty of created things comes a corresponding perception of their Creator,” “for the author of beauty created them.”289

[Wisdom] is a breath of the power of God, and a pure emanation of the glory of the Almighty; therefore nothing defiled gains entrance into her. For she is a reflection of eternal light, a spotless mirror of the working of God, and an image of his goodness.290 For [wisdom] is more beautiful than the sun, and excels every constellation of the stars. Compared with the light she is found to be superior, for it is succeeded by the night, but against wisdom evil does not prevail.291 I became enamored of her beauty.292

2727 We must also face the fact that certain attitudes deriving from the mentality of “this present world” can penetrate our lives if we are not vigilant. For example, some would have it that only that is true which can be verified by reason and science; yet prayer is a mystery that overflows both our conscious and unconscious lives. Others overly prize production and profit; thus prayer, being unproductive, is useless. Still others exalt sensuality and comfort as the criteria of the true, the good, and the beautiful; whereas prayer, the “love of beauty” (philokalia), is caught up in the glory of the living and true God. Finally, some see prayer as a flight from the world in reaction against activism; but in fact, Christian prayer is neither an escape from reality nor a divorce from life.

Young People Leaving the Church Because of “Science”