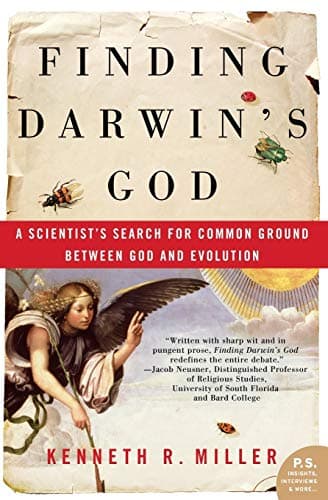 Finding Darwin’s God, Kenneth Miller’s 2000 book (updated paperback version released in 2007) is an excellent resource by a Catholic evolutionary biologist treating the topic of evolution. From the Publisher’s Weekly review:

…Miller, a professor of biology at Brown University, explains the difference between evolution as validated scientific fact and as an evolving theory. He illustrates his contentions with examples from astronomy, geology, physics and molecular biology, confronting the illogic of creationists with persuasive reasons based on the known physical properties of the universe and the demonstrable effects of time on the radioactivity of various elements. Then standing firmly on Darwinian ground, he turns to take on, with equal vigor, his outspoken colleagues in science who espouse a materialistic, agnostic or atheistic vision of reality. Along the way, he addresses such important questions as free will in a planned universe. Miller is particularly incisive when he discusses the emotional reasons why many people oppose evolution and the scientific community’s befuddled, often hostile, reaction to sincere religious belief. Throughout, he displays an impressive fairness, which he communicates in friendly, conversational prose…

Click here for an excerpt from the concluding chapter of Finding Darwin’s God.