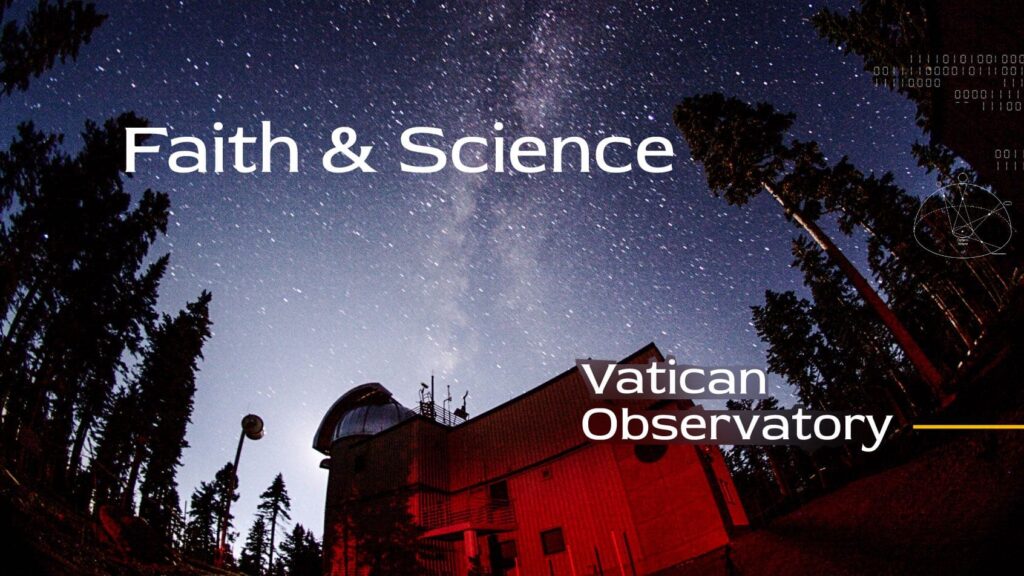 Twice each month we briefly feature here on Sacred Space Astronomy an item from the Faith and Science Resource Center here at VaticanObservatory.org.  But today we continue an in-depth look (that we began last Saturday) at something from those pages: the book Negotiating Darwin: The Vatican Confronts Evolution, 1877-1902, written by Mariano Artigas, Thomas F. Glick, and Rafael A. Martínez and published by Johns Hopkins University Press (2006).

The subject matter of Negotiating Darwin is evolution, of course, focusing on six cases of the Vatican confronting evolution when various Catholic writers wrote controversial works on the subject of Darwin’s theory.  But astronomy, or its history, also shows up in a very important way.  And what shows up?  Galileo, of course!  He pops up on page 5, and appears many times thereafter.  In a sense, he should pop up even more than he does, because of certain parallels between The Galileo Affair and the Vatican confronting evolution in the late nineteenth century.  These parallels fall in the area of science.

The authors discuss matters of science.  They emphasize (pages 20-21 of Negotiating Darwin) how the late nineteenth century saw an “eclipse of Darwinism”: scientists at that time did not agree on a mechanism for evolution; “Darwin himself, in successive editions of Origin… retreated on his claim that natural selection was the sole mechanism of evolution”; “the death knell of Darwinism was sounded at the highest levels of British biology”.  The authors write that,

Three outcomes of the eclipse of Darwinism are important to our story. First, the abstract quality of evolutionary discourse in the 1890s made it an obvious target for the kind of Catholic apologetics that we observe in the six cases [discussed in Negotiating Darwin]. Second, the absence of consensus on how competing hypotheses might be tested created a climate propitious for Catholics to advance their own hypotheses…. Third, the lack of agreement among scientists on evolutionary mechanisms gave rise to one of the great shibboleths of religiously based anti-evolutionism, both among Catholics and Protestants: the disagreement of scientists was interpreted as proof of an inherent weakness of the general theory of evolution.

Thus the authors of Negotiating Darwin state that “evolutionism was viewed by many Catholic theologians as a materialist and agnostic ideology based on a scientific theory that had no serious foundation [279]”.  Here the authors see similarity between evolution and Galileo:

An evident similarity between the two cases is that both were theories that were not as yet firmly established among scientists. In the case of Galileo, in the seventeenth century, the eleven theologians of the Holy Office whose opinion was sought began by saying that the theory (that the Earth moved) was absurd; once this proposition was introduced, it was easy to dismiss it from the theological point of view. In the case of nineteenth-century evolutionism, theologians presented a whole series of scientific objections, supported by references to, and statements by, scientists, to make the point that it was not logical to base an appeal to theology on such a weak foundation. In both cases, as the scientific arguments grew stronger, theological resistance decreased [282].

Negotiating Darwin seems to be telling us that what held for evolution and Darwin in the late nineteenth century held for heliocentrism and Galileo two and one-half centuries earlier.  That makes some sense.  Certainly parallels are visible—a discussion of evolution by Salis Seewis (138-139) certainly contains echoes of what Robert Bellarmine said about heliocentrism.

However, Negotiating Darwin says that “there was no calm, objective discussion of heliocentrism [282]”, in contrast to the situation with evolution.  But one of my areas of research is the scientific opposition to heliocentrism (discussed often here on Sacred Space Astronomy), and I have found that opposition to be objective, calm, and scientifically strong.  In Galileo’s time many viewed heliocentrism as a scientific theory that had no serious foundation.

Of course, in Galileo’s case, Pope Urban VIII, Galileo’s one-time “brother” who wrote poetry in his honor, got angry with him, and launched into a papal hissy fit.  Urban had Galileo tried and sentenced to house arrest, and thus the science side of the Galileo story has been overshadowed by the story of his mistreatment.  But the science side is still of interest, and important.  Negotiating Darwin suggests that we can learn more about the science side of The Galileo Affair by looking at how the Vatican confronted evolution in the late nineteenth century.

More than that, Negotiating Darwin suggests that we consider how the Vatican should have confronted evolution in the late nineteenth century, or heliocentrism in the seventeenth century.  As we saw in last Saturday’s post, its mechanisms for studying such ideas are as inefficient and ineffective as an academic committee.  And scientific ideas can be both wrong and consequential: “scientific racism” and “polygenism” arose in the nineteenth century, claiming that we could weigh human beings in the balance and determine who was truly human and who was really more akin to ape, and that people of differing appearances might have differing origins, so that human beings were not all of the same family—not all “sons of Adam and daughters of Eve”, as C.S. Lewis called human beings in the Narnia Chronicles.  Should the church then say nothing about scientific ideas, even if its mechanisms for analyzing those ideas are less than perfect?

Negotiating Darwin is a pretty cool book.  It is a great item, I think, to have on the Faith and Science Resource Center here at VaticanOservatory.org.  There are other things like it on the Resource, so click on the Resource link and spend some time exploring.