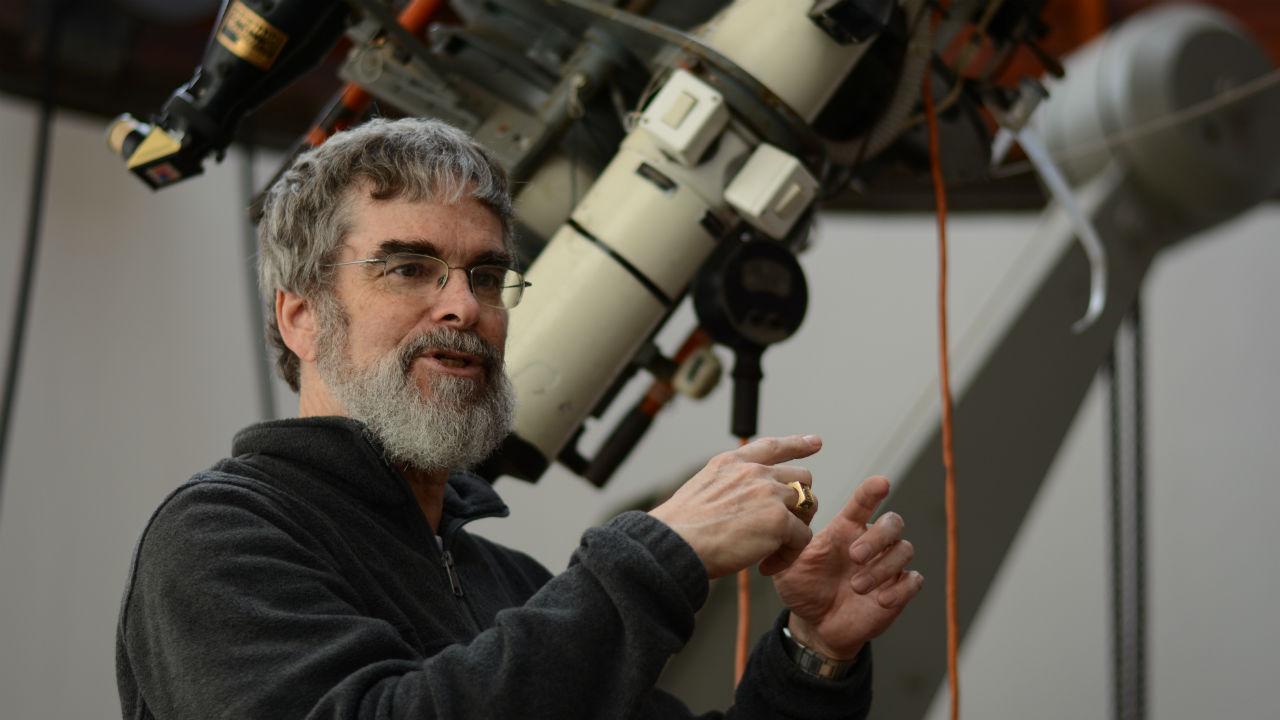 ROME—On 18 September, Pope Francis appointed Jesuit brother Guy Consolmagno as the new director of the Vatican Observatory, which employs a dozen astronomers to study asteroids, meteorites, extrasolar planets, stellar evolution, and cosmology. The observatory is based at the pope’s summer residence south of Rome and operates a 1.8-meter telescope in Arizona, where the skies are clearer.

Consolmagno, 63, grew up in the Detroit, Michigan, area and has a Ph.D. in planetary science. He carried out postdoctoral research and taught astronomy before becoming a Jesuit in 1989. Four years later, he joined the Vatican Observatory, where he studies meteorites and asteroids. “Guy is a true all-around scientist,” says Daniel Britt, an astronomer at the University of Central Florida in Orlando, who has worked with Consolmagno. “He is always willing to learn, and willing to take the risks associated with breaking new ground. On top of all that he is one of the best public speakers I have ever seen.”

This interview has been edited for clarity and brevity.

Q: Why does the Vatican do astronomy?

A: Years ago, when I was a postdoctoral researcher at the Massachusetts Institute of Technology [in Cambridge], I asked myself why I was doing astronomy when people are starving. I didn’t have an answer so I went off to Africa with the U.S. Peace Corps. Then I discovered that as soon as I said I was an astronomer, people wanted to know more. They didn’t have running water but they wanted to look through a telescope.

Being able to see the sky is something that makes us human. Ours souls have to be fed every bit as much as our stomachs. That realization made me come back and teach astronomy. To my mind, the Vatican supports astronomy because it is an important part of being human. Indeed, we have summer outreach programs every 2 years to take astronomy to people in the developing world who don’t usually get to experience it.

Q: When was the observatory created?

A: Its roots go back to Pope Gregory XIII’s reform of the calendar in the 16th century, which needed input from astronomers. But it was in the 1890s that Leo XIII founded the institution, to show that science and religion were not opposed to one another, unlike the popular impression given by the Galileo affair. It was also intended to underline the Vatican’s status as an independent country. So its creation came down to a little bit of politics and a little bit of church teaching.

You have to remember that the geneticist Gregor Mendel was a monk, while the reigning Big Bang theory of cosmology was devised by a Catholic priest named Georges Lemaître. As scholars, we are open to go wherever the science leads us. Indeed, my job is simply to do good science. We have no agenda beyond that.

Q: How much interest does the current pope take in science?

A: The previous director of the Vatican Observatory, José Funes, was Argentinian. When thinking of becoming a Jesuit, he asked a senior member of the order whether he should join then or complete his studies in astronomy first; he was advised to finish studying. The Jesuit who gave that advice was Jorge Bergoglio, who is now Pope Francis. Francis, who has a background in chemistry, was encouraging Jesuits to be astronomers 30 years ago.

Q: Have Vatican astronomers made major contributions to science?

A: I think so, but those contributions are a little bit different to those of other scientists. It’s not that we have an ideology or are getting things through divine inspiration, but we don’t have a 3-year grant cycle to worry about. Typically, we do survey work, which is painstaking and sometimes tedious. For example, in the 1930s the observatory opened a laboratory to measure the spectral lines of metals, and the data it produced are used to interpret stellar spectra to this day.

We also have one of the world’s largest collections of meteorites. We catalog their physical and chemical properties and study how small bodies in the solar system form and evolve. But it took years for other people in the field to realize that this was something worth doing. It isn’t going to make the front page but it provides data that everybody else uses.

Q: Does God get in the way of doing good astronomy?

A: Just the opposite. He is the reason we do astronomy. I would say that is true even if you don’t believe in God. We do it first of all because we can, because the universe acts according to laws. That is a religious idea. The Romans, on the other hand, believed in nature gods that intervene according to whim—but if you believe in that you can’t be a scientist. Believing in a supernatural god is different.

Q: What do you hope to achieve as director of the Vatican Observatory?

A: First of all, I want to provide space for other astronomers to do their work. And I also want to show the world that religion supports astronomy. It is often religious people who most need to see that; they need to know that astronomy is wonderful and that they shouldn’t be afraid of it. I often quote John Paul II, when he said [of evolution] that “truth cannot contradict truth.” If you think you already know everything about the world, you are not a good scientist, and if you think you know all there is to know about God, then your religious faith is at fault.