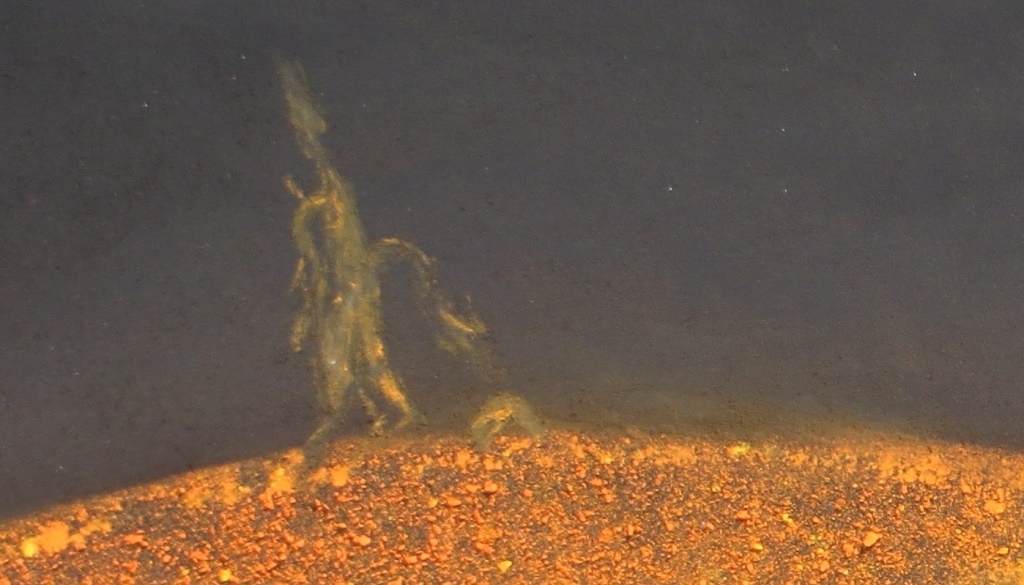 PST 40 h- alpha scope, 8mm eyepiece 50X 10:30 UT- 12:10 UT August 30th 2022. Proms on the limb, as viewed from my PST. Pastel and pastel pencil on black paper. Please ignore the bright patch on the solar disc. It is an area of plage close to a previous drawing of a prominence on the limb.

August 30th was a sunny morning, I took a look at the solar disc in my wonderful PST. It always amazes me how much detail is available in this small instrument. The sun was “splitting the stones”, as they say here if the temperatures exceed the 20 C mark. A little tour of the solar limb showed some fine proms, and the disc itself had large active regions peppered with sunspots. Then just as I got to the top of the sun (as viewed in my PST), I had one of those special moments of clarity. Before my eye was an enormous prominence. It had a broad base, not an arc (to my eye) but a series of plasma lines, all heading up energeticlly in an almost Eiffel tower shape.

This was to be my drawing. The plasma tower, my target. Ten minutes later, I had my solar box at the ready. However, a continuous band of clouds poured over a nearby mountain as I sat down. It usually takes about 30 minutes to prepare my black page to start a drawing. But I had to work fast to capture my prey. So I recycled an old solar drawing of mine by wiping out its proms to avail of its already created h-alpha-looking surface. I had about 30 minutes of no cloud, then intermittent gaps. The prom shape had changed dramatically in the time it took to gather my clipboard etc. The base of the tower had narrowed, the material seemed to have tentative connections to the limb.

That long, impressive prominence then looked like a tall skinny wizard with a trailing cloak. Another prominence looked like a chunky man juggling plasma balls. The next prom to its right looked like a portal dolman before I started drawing. This morphed into a fat arc with another loop on top. A busy solar limb with lots of shape changes.

In drawing anything, recognising shapes is essential. It becomes easier to reproduce if it’s a solar feature that happens to look like a tower or a person because the form resonates with you. If it’s a human face, it is all about shapes, triangles, curves, light and dark areas. If it’s a sunspot, it’s about drop shapes, partial circles with spikes, negative shapes and lots of patience. Solar drawing is not easy however, it is worth trying as the sun is so dynamic.

This enormous plasma tower left the sun and headed into space just a few hours after my drawing. You can see it rip away in this capture by Solar Dynamics Observatory. It would have been an great observation and lovely solar sequence drawing, but my wizard vanished, never to be seen again.

Here is a gif captured by Solar Dynamics Observatory ( via SpaceWeather) showing that prom lifting off the sun.

Solar Sketching in h-alpha – Prominences dancing on the limb

Solar Sketching in h-alpha – Prominences dancing on the limb

A Slice of Solar Drawing in h-alpha

The Great KENTUCKY Eclipse of August 21, 2017: Under Cerulean Skies